This week we have released several materials in which we talked about the hardships and worries of life in the outback. Looking at the dying Belarusian villages, empty houses and poor villagers, “Our House” could not remain silent before. We wrote about the rural life problems, the agriculture shortcomings, the difficult villagers’ fate and other settlement topics. 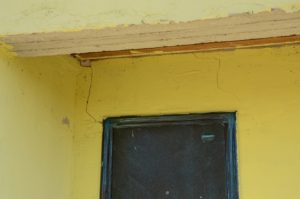 In 2011, residents of the agro-town Boroviki of the Dzerzhinsk district noticed that new houses began to be covered with cracks. Residents complained to the state media, and television came to the village, but it didn’t solve the situation. In the reports, officials noted that all industrial and social facilities in Boroviki have been repaired, streets have been paved, street lighting has been reconstructed, and the water supply has been improved. 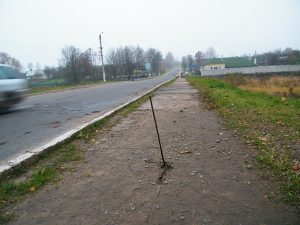 In 2012, we repeatedly reported on the problems of the village of Kohanovo in the Tolochin district. Its residents did not have the opportunity to park bicycles in the centre, near shops and infrastructure facilities. In the autumn of the same year, students of the Kohanovo lyceum of agricultural production photographed the condition of the sidewalk where they have to walk daily from the academic building to the stop of the electric train. Rebar was sticking out of the sidewalk here and there – and against this background, calls to wear flickers looked at least strange. The bridge over the local Sokolyanka River, which had uneven asphalt with holes, also needed repair.

In September 2012, we got a signal for help from the agricultural town of Zvenyachi, Tolochin district. Residents of the settlement were hindered by hogweed, which occupied more than 200 hectares on the territory. The state did not allocate funds to combat it, and many villagers tried to destroy the plant. The villagers turned to the district council deputy, then to the Vitebsk regional executive committee chairman. In addition to the hogweed, there were other problems in Zvenyachi. However, even the chairman of the executive committee could not help the residents of the agro-town.

In 2012, we paid attention to the road in the village of Vasilinka, Slutsk district, condition. The settlement is located 500 meters from the Slutsk-Minsk highway. And these half kilometres are a real test for vehicles and drivers. Asphalt has not been repaired for a couple of decades, and potholes, breaks, pits appeared on it. Car stalls to the village, ambulances, children and grandchildren of villagers go along this road. Drivers have laid a temporary road across the field, but in case of rains, it erodes. “Our House” dealt with the problem of the villagers – we managed to collect 150 names on a petition to repair the road. We sent signatures to the deputy chairman of the Slutsk district executive Committee, the director of the Minskobldorstroy enterprise and a local deputy. 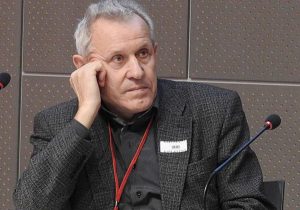 In August 2013, an interview with economist Leonid Zlotnikov appeared on our website about changes in Belarusian agriculture. The expert noted that the productivity of our agriculture is about two times less than in advanced countries. And the return of Belarusian investments in agriculture is low. The number of unprofitable enterprises as of that year reached 54% of the total. “The traditional village way of life has changed, and it employs much fewer people than before. Little people currently work in agricultural production, and they receive less than others – incomes in this industry are traditionally the lowest in the national economy. Lukashenka used to say that “the village is our political support, and we will not let it be destroyed.” But now the number of the village electorate is decreasing every year, and there are more and more dissatisfied people there,” Leonid Zlotnikov said.

In 2015, we wrote how the authorities solve the problems of buildings for which there are no funds. Residents of Omelno village, Rogachev district, told about it. In a few years, the school, the bathhouse, the shop disappeared – only the club remained, but there is also a paramedic-obstetric station in it. Its importance for the village, whose population is mainly elderly, can hardly be overestimated. Private houses also disappear in the locality: they are buried or burned, landfills and places of weed growth appear here. At the same time, nobody asked the locals’ opinions about the liquidation of buildings. And the villagers themselves said that the authorities wanted to get rid of them and the village itself as soon as possible. It seems that the local authorities are very unwilling to take care of the well-being of the residents of Omelno. 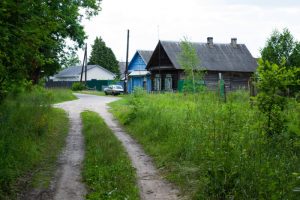 In July 2015, we wrote about the life of the village of Kuta in the Gomel region. Many people had to live out their lives here. They buy expensive medicines and spend a high part of their salaries and pensions on gas cylinders. In the photo of our correspondent, there were old, still Soviet cars, wooden, barely holding houses, homemade attractions for children: swings on ropes and half a tire suspended from a tree. In the photo report, we displayed rusty fences and metal boxes, bodies and boards – in a word, all the sad Belarusian reality as it is.

In 2016, Olga Karach spoke about the program for the resettlement of people from the city to the countryside. She noted that during 2016, only 150 people took advantage of this opportunity. But at the same time, the program has several significant drawbacks. For example, for those who move to the village, the housing provided becomes decisive in the issue of relocation. A newly minted villager is given a village house or cottage – but not as a property. And the problem of employment in rural areas was acute even when the material was being written. And when the state proposed to send unemployed people from the city there, it was the most disastrous project. After all, it would entail even greater poverty for the rural population. 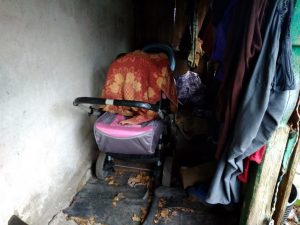 In 2017, the material appeared on our website about the tragedy of Marina Sokolova, a young mother from the village of Kabyna Gora, Slavgorod district, located in the “Chernobyl zone”. A twenty-year-old girl, the mother of a seven-month-old baby, hanged herself. She was alone with a baby. Before the tragedy, Marina wrote on social networks that she did not know how to live and asked to love her daughter. The girl lived in an old house that her brother bought for her and her mother. Shortly before her death, the father of her child left Marina. For seven months, the village council, deputies, employees of the department of social protection of the population, volunteers of the “Red Cross” haven’t visited Marina Sokolova. Doctors did not inform the authorities that the young mother needed guidance. Although doctors regularly came to examine the baby and get vaccinations. The girl herself turned to the deputy for help but did not wait for it. After Marina’s death, her daughter stayed with her grandmother, alcoholic, and with her father. 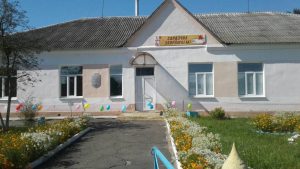 In 2017, the only school in the agro-town of Kaplichi, Kalinkovichi district, stopped working. The building got recognized as an emergency, but no one began to repair it – the educational institution stopped his work. The children started school 30 kilometres away from their native village. Meanwhile, more than 70 schoolchildren, 25 pre-school children and 26 kids aged from 0 to 3 years lived in Kaplichi alone – it is impossible to call the school unpromising. In addition, children from other villages also went to it. Our House joined in solving the problem – we visited Kaplichi and told them about what was happening with the local school. The local deputy Rosa Strelchenko stood up for the school, after which she got threatened with a mental hospital. The deputy said that she would like to return to a primary and 9-year school to Kaplichi. She added that it is difficult for children to travel 30 kilometres. They return home late, do not have time to rest, do homework, attend interest groups. However, in 2020, officials decided to sell the building.

In June 2017, “Our House” prepared an analysis on the revival of the Belarusian village. Here, we examined mistakes the government made and actions to do to preserve the settlement. “The correct thing would be to focus on the management of those cities and large villages where there is now some economic activity. And for this, well-thought-out strategies for the development of these areas and locations are needed. And on the contrary: investing money in small villages will end with the fact that the money will be mastered, but the result will be the same as in the construction of agro-towns. That is, huge funds have been spent, but there is no special effect,” the text notes. At the end of the material, we gave some tips on how to make rural settlements an attractive place:

“The key point is private ownership of land. Land reform is necessary to return people to the villages of their own free will. And only when it is carried out, we can talk about the future of the villages. The state should stimulate the development of small and medium-sized businesses in the district centres. The country should arouse the individual business for processing agricultural goods. Its development will automatically breathe life into the surrounding villages. There will be a solvent demand for the products of private farmsteads, and people will see that you can earn money on the land. And that it is more profitable to work in the village than to “cook” in a county town with non-working enterprises.” 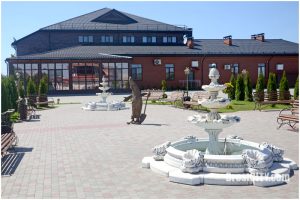 In May 2020, the human rights activist of “Our House” Valery Shchukin told about the situation in the agro-town of Olshany, Stolin district. The brand of this huge agro–town (almost 8 thousand people) is cucumbers. Here they are grown, if not all, then many. The villagers have huge families, so there are kindergartens, two schools, infrastructure in the agro-town. But local children have only one way – to a cucumber plantation. There are practically no thematic circles for youth, and schoolchildren are not allowed anywhere near the sports grounds. They are only for adults and for a fee. It is what worried Valery Shchukin – however, all of us too.

This week’s materials have become a continuation of the theme of the Belarusian village in “Our House”. We believe that after Lukashenka’s departure, our agro-towns will approach the settlement of Poland and Germany, and people will strive to live and work here, create families. After all, life in rural areas will be no worse than in the city – like it happens in advanced countries. And we would like to hope that it will be the same with us.