Three months ago, 50-year-old political prisoner Vitold Ashurok died in the penal colony No. 17 in Shklov. The official reason was a heart attack, but when his relatives received his body for burial, they found that it was disfigured: his hands were swollen, and his head was bandaged so that only his mouth was visible. Vitold Ashurak was detained on September 19, 2020, but stayed in the colony for less than six months. A five-year sentence under articles 342 (organization and preparation of actions that grossly violate public order or active participation in them) and 364 of the Criminal Code (violence or threat of violence against an employee of the internal affairs bodies) he was sentenced on January 18, 2021. And the last months of his life were full of torment and torture. 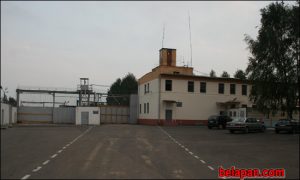 In one of the letters, Vitold Ashurok about a colour differentiation of political prisoners in colony No. 17: “There is no shortage of political prisoners here. So there is no reason to be bored. Moreover, the administration has issued an order to have yellow tags on the clothes. So, the political ones can be seen from distant.” It is almost the only message that contained information about what is happening in PC-17. The man described many things in his diary, but after his death, he was not in the things of the political prisoner. Vitold’s brother Andrey Ashurak wrote a complaint in this regard, but to no avail.

After the death of Vitold Ashurak, the investigators presented a video to the excited Belarusians, in which a man in a prison dressing gown falls in a cell and breaks his head, and a guard treats his wounds. Many Internet users called the video production. However, Andrey Ashurak identified his brother but noted that he was exhausted:

“We are inclined to believe that he was killed, no matter how painful it may sound. The murder may not be direct. Torture by hunger, lack of sleep – is murder, a criminal offence. Witold was athletic, wiry, fit, did not complain about his heart. I didn’t want to believe what had been done to him. But I recognize him by the shape of his head and his stoop. He is thin. Imagine how the coffin was unloaded in the House of Farewell in Berezovka: only two people lifted it and put it on a stand.”

After the death of Vitold Ashurak, the Department of Execution of Punishments proposed to the Republican Public Monitoring Commission under the Ministry of Justice to visit the colony. However, three members failed to inspect the entire territory without the supervision of the administration and communication with the prisoners. Chairman of the Belarusian Helsinki Committee Oleg Gulak recalls:

“The convicts did not have any special complaints, but, of course, there are doubts about how openly they can speak, given that representatives of the PC are standing next to them. During our visit, there was terrible heat. No one wanted to talk about Ashurak. I was told that the Investigative Committee is conducting an inspection, so we will not be given any details. We went to the punishment cell, where Vitold was, in the same room from the video. At the time of our visit, there were two convicts in penal isolators. People were waiting for transfer to prison — they changed the regime of serving their sentences for violations. They had no complaints. But I repeat: the colony employees were standing nearby at the time of communication.” 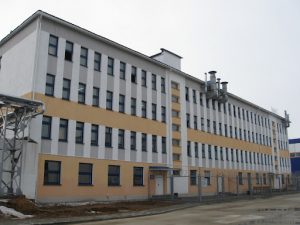 During the meeting with the administration of the colony, Oleg Gulak raised the issue of the colour stripes worn by political prisoners, about which Vitold Ashurak wrote in his letters:

“They explained to me that this is a form of control. If a person is inclined to attacks the officers, he receives a coloured patch. The very fact of conviction under certain articles, where political activity appears, is an occasion to designate people in this way. During our visit, it caught my eye that people with coloured stripes are always visible: if there is a detachment, they are in the first rows.”

Oleg Gulak noted that there are only a few psychologists in the colony for 1160 prisoners. It is this specialist who can prepare a prisoner for life after prison, help him adapt. Of course, such meetings should be individual. However, with the number of prisoners more than a thousand, we are not talking about this.

For what else is the Shklov PC-17 famous? Well-known political prisoners of Belarus served their sentences here: human rights activist Mikhail Zhemchuzhny and candidate for the post of President of Belarus in the 2010 elections Mikalai Statkevich, activists Dmitry Dashkevich and Mikola Dziadok, journalist Alexander Klaskovsky. And, according to some reports, Alexander Lukashenko once worked in it. Prisoners in the colony work in footwear, clothing production, woodworking. They have a sports town, a church, a club. And in June 2021, the first online store for prisoners began its work.

Human rights activist Andrey Bondarenko was sent to PC-17 after a trial in 2014. Here he was registered as prone to taking hostages, attacking the administration and hooligan manifestations. For violation, they wanted to transfer him to Mogilev jail No. 4, the appeal was fruitless. After being released, Andrei Bondarenko said that prisoners have no rights in the colony:

– If desired, the colony administration can deprive the convicted person of everything: correspondence, the right to appeal, visits with relatives, meetings with a lawyer, and so on. And I have not heard about cases of punishment for the administration. As the former head of the Shklov colony told me, “I am here for you both the internal regulations and the Penal Code. My word is the law, and everything you do, I will assess for myself whether it is a violation or not.” 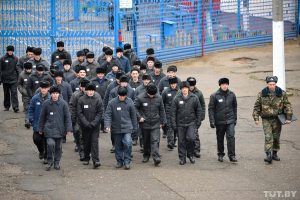 In 2017, several incidents occurred within the walls of the colony at once. In January, a prisoner named Karas hanged himself in a penal isolation cell. Before that, he returned from Mogilev prison No. 4, where he was sent for violating the colony’s rules. According to human rights activists, the administration threatened the prisoner with the transfer back to prison. Mikhail – that was the man’s name-said that he would not listen behind his back, that he was “evil spirits”. He committed suicide after a conversation with an employee of the Department of Execution of Punishments, Alexey Kurashov.

In June of the same year, three convicts serving sentences for murder and rape decided to escape from the institution. After the end of the working day, they climbed into the loader and started it, closing the wires. The transport was sent directly into the wall but stopped when they heard the sentry’s shots in the air. Then the prisoners told me that they wanted to see their loved ones.

By the way, the administration of the colony deprives prisoners of visits and parcels for unknown reasons. In 2021, it happened to Ilya Lobatsevich, convicted under Article 364 of the Criminal Code (violence against a police officer). A man stood up for a protester beaten by riot police at one of the Sunday marches. On November 27, 2020, Ilya was sentenced to 1.5 years in prison. In March 2021, when the mother arrived with the transfer to PC-17, she was told that Ilya couldn’t get parcels without explaining the reason. Letters from Ilya also did not reach – but the administration said he did not want to write them. And then the most terrible thing happened: Ilya Lobatsevich’s mother found out from strangers that her son was in the hospital. He had a blood clot in his leg.

To obtain information about prisoners in the colony, their relatives have to take serious measures. At the end of June 2017, the mother of one of the prisoners, Ksenia Kovaleva, announced a hunger strike at the walls of the colony. Her son was sent to a penal isolation unit, but the woman was not informed of what exactly. In response, she said that she would sit at the walls of the colony until the administration provides an answer, for which the convict was punished:

– On June 19, I came to the head of the colony. I tried to find out why my son was in a penal isolation unit. He explained that the reason was a violation of the regime-allegedly the son was not in place after lights out. However, I know from other convicts that the colony’s employees came to check, shook the convicts’ bags, and there was something that did not correspond to the inventory. After that, several people were taken to the punishment cell. On June 23, I received a call from the mother of one of the convicts who came out of the pre-trial detention centre. She told me to do anything because there are such conditions that my son may not come out. Strange arson attacks are taking place on the territory of the colony. The convicts show that they disagree with the actions of the administration. They even demanded the prosecutor to come to the colony. But, the prosecutor of the Shklov district refused to go to the colony, citing the lack of specific facts.

In 2019, Natalia Starovoit arrived on a date with his son, convicted under Article 328 of the Criminal Code. Together with her, her husband and a minor daughter arrived in the colony. In front of the girl, her mother was ordered to undress and take off her underwear. At the request, the administration said that there was information about her intention to bring drugs. But the matter is most likely quite different: Natalia appealed to state authorities after her son hadn’t got medical care in the jail. In the colony, the woman discovered: it will happen until she stops writing an appeal. Natalia Starovoit wrote a complaint and appealed to the Shklov district police Department. 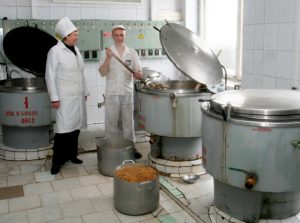 After the death of Vitold Ashurak, a former prisoner of PC-17 turned to the editorial office of the “Mogilev Spring” and shared some details of life in the colony. He said that recently, prisoners sent to a penal isolation unit or transferred to prison for violations are beaten here. The head of the facility, Alexander Kornienko, is trying to turn the institution into an exemplary one by any means. Already at the checkpoint, defendants who have been in prison No. 4 are put on a black bag over their heads and led in handcuffs to the second floor, where they are beaten.

Ordinary convicts also get it: they are taken to a separate library building and are forced to do push-ups, squat or sing songs. Employees of the colony are filming this on a mobile phone. Political prisoners are also subjected to bullying: they are forced to sing the anthem, and if they refuse, they are beaten.

The living conditions in the colony, according to the source, are better than in most other similar institutions. However, it is unlikely that this is done at the expense of the budget. For example, in the colony, there is a detachment in which all pensioners are gathered. Their pension is saved, but the administration of PC-17 convinces them to make transfers funds to the “detachment fund”.

Currently, there are 37 political prisoners in PC-17. People who did not agree to live under the dictatorship are subjected to torture, beatings and colour differentiation. Their relatives are not allowed to visit them, they are not given parcels. We demand to stop bullying the convicts. We believe that in the colony, a person should be educated and corrected, but not turned into a bloody mess, morally destroyed and inclined to suicide.