Every year, dozens of Belarusian teenagers end up in prison. Previously, the most popular article was Article 328 of the Criminal Code. Now, schoolchildren and students are in prisons for participating in mass riots and threatening police officers. Of course, there is no question of any education in prison – in a pre-trial detention centre, a child does not have the right to pass exams or continue his studies to be certified. There is no time for this in the colony where the children must serve their sentence – their day is devoted to hard work for scanty money. As a rule, such topics are not popular in the media, and there is often no one to fight for children’s access to textbooks and notes in the colony. We will tell you how “Our House” is fighting for the possibility of education for juvenile prisoners.

Since 2018, we have started talking about teenagers who have been jailed for non-violent drug-related crimes. The manifesto of the “Children-328” campaign demanded that the Belarusian authorities bring to justice officials who did not issue school certificates of education to detained minors before the trial and urgently organize exams for such children and their schooling. In each monitoring of the detention of minors under article 328, we mentioned that a teenager didn’t have the opportunity to study in prison. 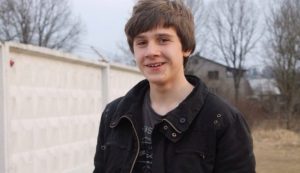 For example, Emil Ostrovko: the guy turned up in jail at the age of 17. He was studying in the 11th grade when he got a job in an online store as a distributor of smoking mixtures. Later it turned out that he was distributing drugs. In the spring of 2018, he was detained and taken into custody until the trial. While in the pre-trial detention centre, Emil failed to pass the exams for the 11th grade and get a school graduation certificate. He and his legal representatives wrote several complaints to the Ministry of Education – in their responses, they got answers that the legislation does not provide for the organization of the educational process in pre-trial detention centres. But the Ministry is working on introducing a clause on the education of prisoners into the legislation. It is clear that this case is not fast, and it may drag on for several years. The authorities did not care about the violation of the right of the imprisoned teenager to education. At the same time, according to rule No. 13 of the Beijing Rules (adopted by the UN General Assembly), during their stay in custody, minors must get care, protection and all necessary individual support – social, psychological, medical, physical, as well as assistance in the field of education and vocational training.

The same situation occurred with the prisoner Aziz Togayev. At the time of his detention, he was 15 years old. He was studying in the ninth grade, received high marks and was even awarded gratitude from Lukashenka. According to the boy’s mother, he was forced to confess to distributing drugs with the help of physical violence. Suspicion fell on Aziz only because of a message on his phone from a classmate who offered him a job distributing spices. The fact that Aziz ignored this message did not bother the police. As a result – he was sentenced to eight years in prison and the title of a malicious hooligan in the Bobruisk educational colony No. 2. While in the pre-trial detention centre, Aziz was unable to continue his studies, and the receipt of the certificate had to be postponed. And in the colony of Bobruisk, as you know, higher education is not required – only training in locksmithing and carpentry. Although with his high grades, Aziz could well have received a bachelor’s degree. 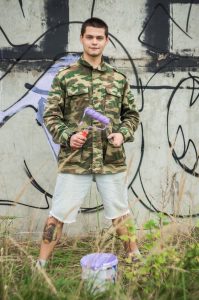 17-year-old Grigory Korotkevich, detained on the condemnation of the director of his college, also couldn’t continue his education. They say that Grigory with a classmate purchased a drug, and the seller recorded this action on video. But he didn’t have the approval of the prosecutor and cut out the necessary part. Later, Grigory was tried several more times to provoke him to buy drugs. Three months later, police came to the guy’s house and handcuffed him. It was during final exams at the college – the guy was not allowed to pass them.

In 2019, “Our House” continued to tell about the violation of the right of children-prisoners to education in international organizations. The international organization Amnesty International has joined the protection of juvenile prisoners. The organization launched a campaign to protect Emil Ostrovko and Vasily Savchenkov. Vasily, like Emil, found a job on the Internet and began working as a distributor in an online store. In 2018, he, a student of the 11th grade, was detained. Vasily, like Emil, failed to pass his final exams in prison. Olga Karach told about this in an interview with Deutsche Welle.

In the Belarus House in Warsaw, “Our House” organized a round table with the UN Special Rapporteur on Belarus Anais Marin and the Polish public. At the meeting, our activists presented the testimonies collected by the Children-328 campaign, which showed the violation of human rights and the principles of international law in Belarus. The authorities systematically ignore the Beijing Rules (the UN Standard Minimum Rules for Juvenile Justice) and the Mandela Rules (the standard Minimum Rules for the Treatment of Prisoners). The round table was attended by “Mothers-328”, who notified the UN Special Rapporteur about the poor conditions of detention of minors in prison and the restriction of children’s access to education.

The violation of the right to education was included in the Report on Economic, social and cultural rights, the rule of law and the problems of the judicial and penitentiary systems of Belarus. This report was sent to the UN Special Rapporteur in Belarus on February 7, 2020. In the report, our activists noted: “Relatives of 328 convicted children report problems with access to basic secondary education. Almost half of the convicted children couldn’t receive basic education, as they were under arrest in pre-trial detention centres.”

“Our House” also told UNICEF that children in prisons couldn’t finish school and even get a 9-class education. The meeting was held on March 16, 2020. Mothers of children convicted of drug offences and representatives of the UN Children’s Fund visited it. The mothers raised the issues of detention of minors with violations, long periods of stay in pre-trial detention centres and prisons, food and medical care. UNICEF representatives learned that in prison No. 8 in Zhodino, children under investigation are dressed in robes and placed in a cell with adults, about articles imputed to teenagers for organizing a criminal group, about slave labour, detention in a colony and assignment of the status of “malicious violators”. “Mothers-328” shared information that children under investigation do not take exams in the pre-trial detention centre, and higher education is not available to teenagers who are in the colonies. 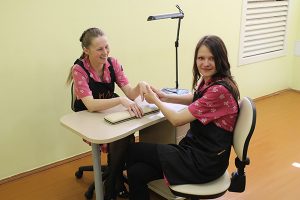 The situation with the education of underage convicted girls is no better. In the pre-trial detention centre, they, like boys, cannot study and pass exams. And after the trial, they are taken to IC No. 4, where adult women are sitting. Here the prisoners live in separate rooms, and the attitude towards them is generally a little softer. There is a branch of the school for girls. In 2019, at the opening of a new hostel for underage prisoners, Defense Minister Igor Shunevich promised them an amnesty for their academic success. The only problem is that this point is nonexistent in the Belarusian legislation, and a certificate with honours is not a basis for parole. A video about the fate of girls-328, including their right to education, was on the channel NASH DOM TV and gained more than 95.5 thousand views.

But with further education for girls, the question already arises. In the colony, girls convicted under article 328 of the Criminal Code cannot complete courses on make-up or manicure – the administration classifies them as infected with HIV. That leaves the specialities of a seamstress, a tailor or a hairdresser – there is no higher education in the colony. We also talked about this violation in our material.

Prisoners are the most disenfranchised category of Belarusians. Their rights are determined not by laws but by the administration of the colonies. Children in conflict with the law do not cease to be children because of a sentence. They need education and additional protection – isn’t this what the illegitimate authorities are constantly talking about? But in reality, children behind bars go through torture, violations of rights and slave labour. Education would help them adapt to life after jail and keep up with their peers. By depriving juvenile prisoners of education, the state does everything to ensure they return to the prison as cheap workers.