Currently, 110 women recognized as political prisoners are in custody. Dozens more (and maybe hundreds) are serving administrative arrests in prisons or are under suspicion in criminal cases. Here they face daily violations of rights. On November 3, 2021, ten prisoners of the temporary isolation centre on Akrestsina went on a hunger strike in protest. We tell you what happens to women in places of detention. 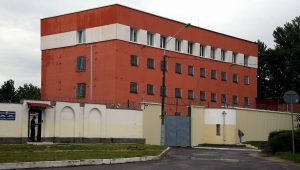 Separately, we note the humiliating inspection of women upon admission to the temporary detention centre. Here they go through three procedures: registration, inspection, during which they strip down to their underpants and feel them, then they had to sit down two or three times, lowering their underpants to their knees. After that, they are placed in a walking courtyard for one hour, called a “glass”, and only then they are taken to a cell. The cells are usually full of people: for example, ten women were in the “starving” cell for two. You have to sleep on bare boards, putting on a maximum of clothes. Those who are unlucky sleep on the floor and freeze at night because of the draft. Meals in the temporary detention centre cost 14.50 rubles per day – the corresponding receipt is issued to the arrested after release. For this money, prisoners have to eat grey porridge three times a day, two times some incomprehensible cutlets and green salted tomato, a piece of pickled cucumber or sauerkraut. Mashed potatoes for lunch once a week. In the morning they give tea and jelly or compote for lunch. The lights are on around the clock, and at two a.m. and four a.m., the arrested are woken up for roll call.

In total, there were 11 women in cell No. 15, and one was homeless. The hunger strike began when toothbrushes and medicines leftover from the released prisoners were seized from the arrested. The administration of the temporary detention centre came up with such punishment after the women “asked the administration for toilet paper in the wrong tone.” In the cell were Irina Slavnikova, a journalist of the Belsat TV channel, and teacher Anastasia Krupenich-Kondratieva, appeared on Akrestsina for the ninth time for links to recognize extremist content in personal correspondence with her husband. The hunger strikers put forward demands to take them out for walks and showers, turn off the lights in the cells at night, return the seized personal belongings and medicines. There was also a low temperature – up to seven degrees Celsius. At the same time, during the day, the arrested suffered from stuffiness. The administration did not allow them to open the windows. At night, they froze, and they slept under the draft, opening the window for serving food. 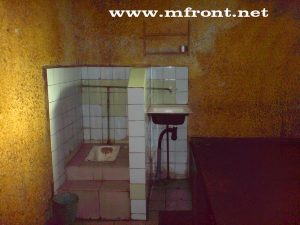 Upon arrival at the temporary detention centre on Akrestsina, women, even those who came from home, began to take away towels, toothbrushes, personal hygiene products. Arrested women had to use toothbrushes, underwear and towels left after from those who had already served a day. The women didn’t have any shampoo or soft soap – only household soap, and they didn’t give it out for several days. After asking for toilet paper, the women heard the proposal to use their T-shirts instead. The employees took away medicines (pills, nasal and throat sprays, antiviral powders, “smekta”) with the words: “This is not a sanatorium for you.” There was no chance to transmit the transmissions either – they did not reach the prisoners. Such an unspoken “rule” has been in effect in the temporary detention centre since last year.

Conditions of detention have become tougher after a recent complaint about the detention conditions of one of the former prisoners. During the search of the cell, the temporary detention centre officer stated that the appeals that the arrested wrote after their release was not valid. To “wean off complaining”, the administration of the temporary detention centre decided to tighten the conditions for girls and didn’t touch men. Although, there is also a cell where political prisoners of men are sitting on Akrestsina.

After the hunger strike announcement, the administration of the temporary detention centre reacted sharply to the protest. They poured two buckets of bleach into the cell, threw their belongings on the floor and closed the window for distributing food. For half a day, the prisoners had to clean the floor and things, then one of them decided to wash. But as soon as she undressed, the guards came into the cell and forced everyone to leave. It happened again, and then, the arrested went to the exercise yard and threatened to leave there until morning. During the entire period of the hunger strike, the prisoners did not even have the opportunity to remove the cell. Akrestsina employees took away the bucket for rags and left the trash bucket. The broom was also taken away – they offered to use its remnants, used while flushing in the toilet.

Homeless people often sat together with those serving administrative detention under “political” articles. There was one homeless woman in cell No. 15, and the temporary detention centre staff asked her to plant lice on the clothes and shoes of her cellmates. In retaliation for the hunger strike, one of the cellmates who had been ill with coronavirus was taken to the punishment cell, where she could not even lie down for the whole day – the bed was unfastened only from 22.00 to 6.00. There were no hygiene supplies, toilet paper, or soap in the punishment cell. The furniture consists of a chair and a small table. “When she came to us, she was glad that we were warm and that she was among people. Poor, she was cold and tired of sitting there alone,” the freed girl said. Being with the coronavirus on the Akrestsina has already ended with the death of 53-year-old Elena Amelina. She was detained in early September at her house and sentenced to 15 days of arrest for reposting material from an “extremist” source. A couple of days later, in a crowded cell, the woman fell ill, started coughing, and her temperature rose. She didn’t get medical care, only some pills and – when it was awful – antibiotics. After serving her sentence, Elena went to the hospital, fell into a coma and died, despite all the efforts. 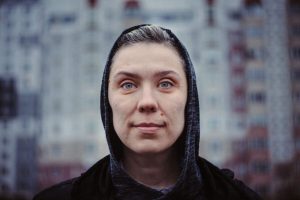 Olga Gorbunova, an activist of the “Radislava” organization helping victims of domestic violence, faced a violation of rights in the temporary detention centres. On November 9, Olga began a hunger strike, during which she drank only water. Relatives could give Olga only medicines – the employees did not take anything else, even warm clothes. At the same time, the cell is cold, and there are no mattresses and blankets, nothing related to hygiene. On November 23, Olga decided to stop her hunger strike. She got a mattress, medicines from the package and a box. Olga is now in pre-trial detention centre No. 1. 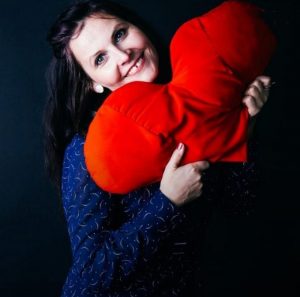 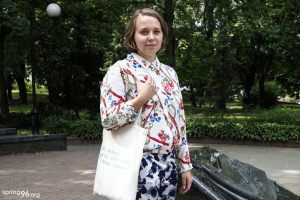 Human rights activist Marfa Rabkova has been in jail since September 2020. During this time, her father and grandmother managed to die, but Marfa was not allowed to go to the funeral of her loved ones. The human rights activist has not seen her husband for more than a year – their first meeting took place only on October 13 of this year. In the pre-trial detention centre, Marfa managed to get over the coronavirus. After that, her lymph nodes began to hurt. Back in the summer, she needed the help of a dentist, but she did not receive it – the doctor refused to let her into the pre-trial detention centre. The trial of Marfa has not yet taken place, and we know nothing about it. According to some reports, it will begin in December 2021 and will be closed. Marfa Rabkova got charged under three articles of the Criminal Code: part 3 of Article 293 (education or other preparation of persons to participate in mass riots, or financing of this activity), part 2 of article 285 (participation in a criminal organization in any other form), article 130 (incitement to hatred). She faces up to 12 years in prison.

Maria (name changed) got detained in Minsk in June 2021. After the Akrestsina, she ended up in pre-trial detention centre No. 6 in Baranovichi. The prisoners here sit in terrifying cells with dark green ruined walls and a toilet without doors. Women were searched from two to four times a day, and there were night roll calls twice. The first day Maria had a stomach ache from prison food. On hot summer days, it was not allowed to open the window in the cell, so the prisoners agreed to any work, not to sit in the stuffy. They swept the corridor, cleaned the cells, took out the garbage.

In the pre-trial detention centre, women face violence. We have already told about Olga Zolotar, beaten to bruises. There is also psychological violence. Women political prisoners have to participate in plots for state channels, cry and repent, respect the “president”. Of course, this does not give them any pleasure. It happened to our human rights activist Yulia Goryachko, but she did not endanger anyone with her words. 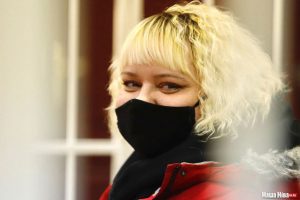 When women arrive at the colony, their life becomes more difficult. Heavy hours of work for low wages are added to the schedule. For the slightest violations, women get into cell-type premises. There, parcels, telephone conversations with relatives and visits are prohibited. The walk is only 30 minutes a day. For example, Olga Klaskovskaya was placed in a cell-type premise for three months, and all this time was alone. The administration even forbade her to smoke – she could only do it while walking. The woman’s health deteriorated in the colony – she spent a month in the hospital. There she needed surgical treatment. After it, her legs began to swell, problems with her spine and eyes began. Olga wrote to her parents that she was afraid of losing her sight. There were black flies in front of her eyes, sharp pain, she couldn’t read and write. All this was the result of a traumatic brain injury received in October 2020 from the security forces. 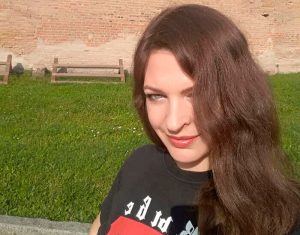 The other day, Irina Schastnaya, a political prisoner charged under part 2 of Article 293 of the Criminal Code (participation in mass riots) and sentenced to four years in a colony, told the details of colony life in a letter. Irina said that women there do not have the right to free time. They are on duty, attend preventive conversations. The living conditions are also uncomfortable. For example, girls are taken to the shower only once a week. There are also problems with nutrition – Irina does not eat any meat except chicken, but there are, of course, no separate portions for her. It is also almost impossible for prisoners to stay alone. They are surrounded everywhere by guards, staff and other prisoners. The only joys of Irina Schastnaya are snow and cats that live on the territory of the colony.

The illegitimate regime does everything possible to break the Belarusians in captivity, harm them, force them to play by its rules. He hopes it will be easy to do this with fragile women who can be intimidated and forced to do as Lukashenka wants. We despise the illegitimate government for its low attitude towards women. We want to say that brave Belarusians will not cooperate with the dictator.