The illegitimate state is ready to deal daily and hourly with people against Lukashenka — especially on the eve of an illegal referendum, before which it is necessary to “cleanse” the country of everyone who can speak out against it. On New Year’s Eve, the punishers entered the apartment where Marina Matsulevich, an activist of the Mothers-328 movement, lived. After that, she appeared in the city clinical emergency hospital in Minsk. Perhaps the reason for the attack by the security forces was a statement against Lukashenka, which Marina Matsulevich handed over to the KGB of Belarus. 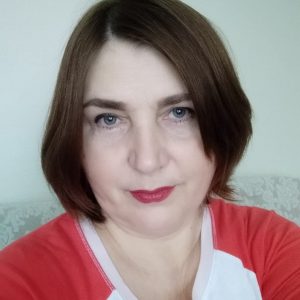 Marina Matsulevich is a well-known business coach. Five years ago, her life changed dramatically. Her son Roman Kiselevich got detained in July 2017 — for almost five years, Marina has been suing the illegitimate state for him. Roman got convicted under the most severe part of Article 328 – the fourth (distribution of drugs by an organized group). Roman received 14 years in prison, but later, the sentence got reduced by one year. Marina Matsulevich said that her son was convicted illegally.

At the end of July 2018, a court got held on the claim of Marina Matsulevich to the lawyer of her son Lilia Kalenikova. Marina said that the lawyer did nothing to protect Roman Kiselevich. “She saw how the legislation was being violated and did nothing. Roman got interrogated in a small duty room. The break between the interrogation and the confrontation lasted only nine minutes. Although by law, it should get an hour. In addition, the lawyer hurried him, did not let him read the protocol. As a result, the son made a reservation,” Marina said. In addition, knowing about Marina’s difficult financial situation, the lawyer signed a contract with her and charged her 460 rubles of fee, without warning that she could work at the expense of the local budget for the first few days. Despite all the violations, the court refused Marina Matsulevich’s demand to declare illegal her contract with lawyer Lilia Kalenikova. 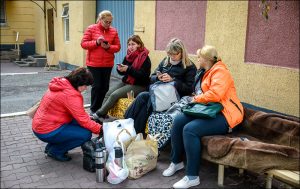 In October 2018, a woman participated in a hunger strike near the walls of the pre-trial detention centre on Volodarsky Street in Minsk. She stated that she intended to seek punishment for the investigator and prosecutor’s employees – because of mistakes in their work, her son is behind bars. She received confirmation that there were errors in the documents, which law enforcement officers considered insignificant. Marina tried to meet with the prosecutor, as her son was not released after fulfilling the requirements provided in the note to article 328. According to these requirements, persons who voluntarily gave drugs to law enforcement agencies and provided active assistance in detecting (suppressing) drug trafficking crimes, exposing the persons who carried it out, as well as detecting property obtained by criminal actions, are subject to exemption from liability. But the court ignored this note.

On May 23, 2019, police opened a criminal case against Marina Matsulevich. The woman got suspected of insulting an official (Article 369 of the Criminal Code) – she wrote a comment to the employees of the prosecutor’s office. Marina’s house got searched, during which a laptop and a mobile phone got seized. Marina refused to testify against herself.

Disappointed with the authorities, Marina began to demand the resignation of Lukashenka. On March 30, 2020, she stated that she was outraged by the irresponsibility of the country’s leadership in connection with the threat of the COVID-19 epidemic in the country and the lack of statistics on infected, deceased and positive tests. Marina required the transfer of power to the Prime Minister of Belarus before the next elections. She also demanded the adoption of measures corresponding to the danger of the situation with coronavirus. However, she, of course, received a refusal.

In August 2020, Marina filed a complaint to the CEC that Lukashenka’s participation in the presidential elections was illegal. She demanded to cancel Lukashenka’s registration as a candidate for violations of Article 47 of the Electoral Code (restrictions on election campaigning, referendum campaigning) and Article 73 of the EC (equality of rights and duties of presidential candidates of the Republic of Belarus). After the refusal, she appealed the CEC’s response in court.

On November 29, 2021, Marina Matsulevich wrote an application against Alexander Lukashenko under part 3 of Article 357 of the Criminal Code (Seizure or retention of state power by unconstitutional means, resulting in the death of people or involving murder). In her social networks, Marina openly stated that she demands Lukashenka’s arrest: “I, afraid of dying from pressure, heart failure, stress, from the harassment that prosecutors are now subjecting me to, who violate laws at every step, considering it simply my duty to write this statement. Of course, I do not know what the reaction to my statement will be. But the prosecutors still accuse me of simply defending my rights and the rights of my son in the legal field.”

On December 20, 2021, Marina Matsulevich got tried for waving her arms, shouting and insulting employees of the prosecutor’s office of the Sovetsky district of Minsk on October 20. Marina got tried under Article 19.1 of the Administrative Code and sentenced to a fine of 290 rubles.

While Marina is in the hospital, Roman Kiselevich continues to be tortured in prison. After his detention, he was not allowed to sleep, eat, drink, go to the toilet. Many were afraid to eat and drink because prisoners were not taken to the toilet. Now, Roman is in the «Vitba» correctional colony in Vitebsk region, and he works for pennies for an illegitimate regime. But he does not give up and continues to write complaints to the authorities and the Ministry of Internal Affairs, defending his rights – however, unsuccessfully.

ICCI “Our House” expresses solidarity with the activist of the movement “Mothers-328” and her son. We demand to recognize Roman Kiselevich and all people illegally convicted under Article 328 of the Criminal Code as political prisoners. We require to raise questions about their release in committees and organizations of the European Union and take sanctions against those prosecutors and judges who fabricate cases under Article 328. Thousands of young boys and girls become slaves of the system for many years to provide Lukashenka with free labour. We remember them and will release them.