The pressure on the independent press does not stop even after the new year. On January 3, by the decree of the Brest region Prosecutor, access to the website of the «Pershy Region» portal was restricted. An independent portal owned by the private enterprise «Media-Gantsevichi» worked in the Brest region and covered Bereza, Gantsevichi, Drogichin, Ivatsevichi and Pinsk news. About 1.5 million people read it. In addition, the portal had groups in social networks, which consisted of more than 100 thousand people. 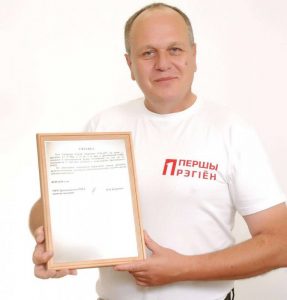 «Pershy Region» honestly wrote about the events in the region. Even during the election campaign, he covered pickets for candidates and marches. And after August 9, 2020, the portal’s journalists repeatedly told about rallies, protests that Brest activists were being searched and sent to jail. The staff of the publication also suffered from this. On December 22, 2020, Sergei Gordievich, a journalist from Drogichin, was detained in a criminal case. His house got searched, during which a computer, phones, SIM cards, as well as a journalist’s minibus and his wife’s car got seized. Sergei Gordievich himself got detained for 72 hours. Later it turned out that police opened a criminal case against him under Article 368 of the Criminal Code on insulting Lukashenka. According to the case file, a media worker allegedly reposted a message in one of the Drogichinsky groups on Viber. After three days of arrest, Sergei Gordievich got released under house arrest.

On December 24, 2020, Pavel Dailid, the website editor, was summoned for questioning in Ivatsevichi. He had to leave his smartphone at the police station. After the interrogation, Pavel Dailid discovered that during this time, someone had used his Viber account and deleted the local chat “Real Drogichin”, in which there were more than 5 thousand people. 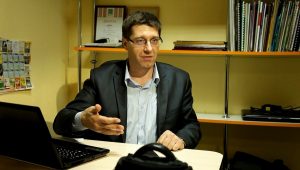 On December 29, 2020, security forces came to the editorial office of «Gantsavitsky Chas» newspaper, also published by «Media-Gantsevichi». Searches started in the editorial office and at the home of the newspaper publisher Pyotr Guzaevsky, and Pyotr himself got taken to the police. Police began searching with a criminal case opened against Sergei Gordievich.

In February 2021, Sergei Gordievich was searched again. Representatives of law enforcement agencies came to his apartment, took his wife’s home modem and mobile phone, as well as a home phone bought in instalments. The security forces conducted a linguistic examination of the recordings from the phone. Despite the pressure, Sergei Gordievich did not testify against himself, and he also did not admit his guilt. While the phone was in the police, messages from his Facebook account appeared on the Internet. The journalist sent statements to the investigative institutions in this regard. 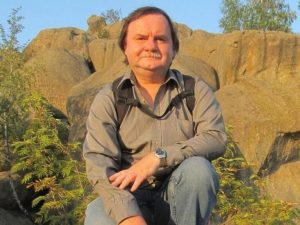 On July 6, 2021, Oleg Suprunyuk, the news editor of the «Pershy Region» website, was detained in Brest. He got accused of distributing extremist materials (part 2 of Article 19.11 of the Administrative Code). It happened because of the photo to the news published on February 15 about Baranovichi resident Vladimir Gundar inclusion in the list of persons involved in terrorism. Here, the political prisoner was in a shirt with a decoration. In June, the court of the Gantsevichi district recognized the ornament and the publication as extremist materials. It turned out that the ornament on Vladimir Gundar’s shirt has been considered extremist since February 2017 by the decision of the Oktyabrsky district court of Minsk. Oleg Suprunyuk spent the whole night in the police, and on the morning of July 7, he got released.

In August 2021, Sergei Gordievich heard a verdict in the case of insulting Lukashenka, of libel (Article 188 of the Criminal Code) and insulting a representative of the authorities (Article 369 of the Criminal Code). The trial began back in June 2021. Sergei got accused that on August 12, 2020, he posted «offensive» information in a Viber chat about the detention of a resident to «damage the authority of state power and the normal activities of government bodies.» According to the case file, on September 5, 2020, Sergei Gordievich, «having the goal and intentions to humiliate the honour and dignity of the current President of the Republic of Belarus, expressed a sharply negative assessment in connection with the exercise of his powers.» The victims in the case were two police officers who demanded 2 thousand rubles from Sergei Gordievich. On July 22, during a court hearing, the 50-year-old journalist’s blood pressure dropped, and he lost consciousness. He got taken to the hospital. Because of this, the journalist got sentenced on August 2 — he got sentenced to 1.5 years in prison.

On November 26, it became known that the repression against the «Pershy Region» portal had stopped. The KGB returned to the regional edition the equipment seized previously as part of a criminal case on an act of terrorism. According to the staff of the publication, everything went quite correctly. On the same day, the equipment returned to the Brest journalist of the site, and a week before that, the KGB gave the laptop to the Ivatsevich journalist, the website editor Pavel Dailid.

However, this warming was temporary — already on December 31, the portal’s website stopped opening on the territory of Belarus. At the same time, it remained accessible abroad and via VPN. On January 3, the site got recognized as radical. The restriction of access to it got officially announced. The Prosecutor General’s Office reported that some articles got accompanied by radical messages inciting hostility and discord for political and ideological reasons. Other information was also published that discredited the activities of state and law enforcement agencies.

Unfortunately, this restriction is unlikely to be the last – the punishers will not stop until they destroy all dissent from protest leaflets and Telegram channels to the editorial offices of independent media. But the Belarusian people will no longer read the state media and love the illegitimate government. YouTube bloggers and samizdat will grow in place of the disappeared newspapers and channels. And we believe that we will be able to return freedom of speech and honest journalism to our country.