For the second year, hundreds of Belarusians are spending New Year holidays in jail. They do not have the opportunity to hug their loved ones, drink champagne under the twinkling of garlands and the glitter of Christmas balls. Instead, they should go to bed under strict control because the warders of the colonies do not care if it’s Christmas, New Year’s Eve or an ordinary day. Unfortunately, the number of political prisoners is increasing every day – now, according to the DissidentBY initiative, there are already 1,153. Today we will tell you about people detained in December of this year, right on the eve of the holidays. 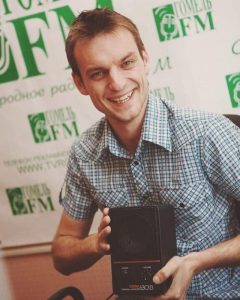 On December 3, 2021, 35-year-old presenter Andrey Kaverin was detained in Gomel. The 35-year-old Homel FM radio host got arrested for calling for a public order violation. Earlier, Andrey’s correspondence appeared on the network in one of the chats. The Homel resident got detained by GUBOPiK employees, who found that he published calls for “illegal gathering of citizens in public places of Gomel, organized group actions that grossly violate public order and involve disobedience to the legitimate demands of government representatives.” A criminal case has been opened against Andrei Kaverin.

On December 3, 2021, 34-year-old Igor Tokarev was detained. He got into jail in a criminal case related to group actions violating public order (article 342 of the Criminal Code). Now Igor is in the centre of isolation of offenders on the Akrestsina. 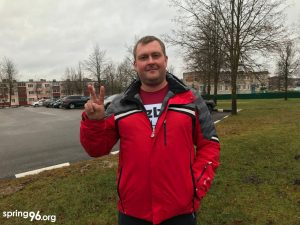 On December 7, 2021, Alexander Selitsky from the Dokshitsy district got sentenced to 2 years and three months in prison. Alexander left a comment under the policeman’s photo on social networks: “Are precinct officers thin? We are ready to carry all sorts of nonsense in court for an extra bag of compound feed, but nothing happens forever.” Alexander Selitsky pleaded not guilty and said he did not leave offensive remarks to the security officer. The injured law enforcement officer, Andrei Komar, said that he began to suffer because of the comment. By the way, when they came to detain Alexander Selitsky, the doors were knocked out in his apartment. In addition to imprisonment, Alexander will have to pay 1,000 rubles of compensation for moral damage to the victim. 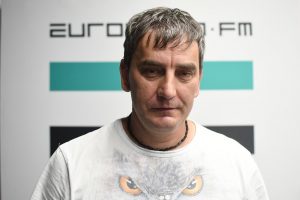 On December 8, 2021, investigative journalist and editor of the Belarusian portal “Daily” Sergey Satsuk got detained. His apartment was searched, and he was interrogated by the Investigative Committee on an old case under Article 430 of the Criminal Code (receiving a bribe). Sergei Satsuk was taken into custody and placed in a pre-trial detention centre. Previously, the journalist had already been detained for this article – it was March 26, 2020. Police searched the editorial office and the journalist’s house. Human rights defenders recognized the detention during the preliminary investigation of a criminal case and the detention as disproportionate and excessive measures. As a result, on April 4, 2020, the Prosecutor General of Belarus cancelled the decision to take Sergei Satsuk into custody. 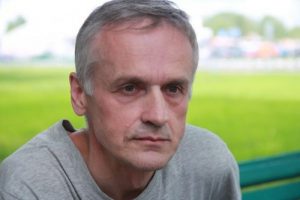 On December 9, 2021, 54-year-old Vladimir Pryadkin was detained in Gomel. He got charged for inciting social enmity (article 130 of the Criminal Code) because of a photo in the uniform of a German officer, which Igor took during the filming in Russia. Igor got detained by the staff of the Gomel GUBOPiK. At that time, he was leaving his yard. GUBOPiK employees searched his house in the presence of witnesses.

On December 10, 2021, Pavel Linkevich of Grodno got detained in Minsk. A 20-year-old guy worked as a bartender at a Tesla bar. On August 10, 2020, Pavel protested against the election results. He got accused of building barricades and being subscribed to an extremist Telegram channel. Pavel repented of his actions. 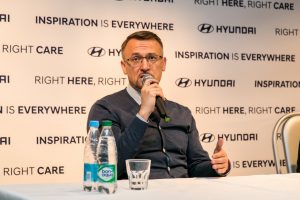 On December 10, 2021, security forces detained the 45-year-old head of the marketing department of Hyundai Avtograd, Sergey Babashkov. In a penitential video for pro-government Telegram channels, Sergey Babashkov said that he read Radio Svaboda and Shraibman Telegram channels recognized as extremist. He also announced his participation in protest actions in August 2020.

On December 11, 2021, four more people appeared on the list of Belarusian political prisoners. Vitaly Boyko got tried in the Zhabinka District Court on two counts. He was sentenced to two years of restriction of freedom and sent to an open-type correctional institution. Vitaly’s “crimes” consisted of comments under a video about Yuri Karaev (former Interior Minister): “You are a criminal” and insulting Lukashenka. Vitaly got taken into custody in court, and now he is serving his sentence in an open-type correctional institution No. 48. On the same day, Daniil Ditkovsky began serving his sentence. He got detained in the “round dance case”. Recall that on September 13, 2020, a column of demonstrators came to the Masherov Avenue and Cosmonauts Boulevard intersection in Brest. The movement of cars and public transport on the site has stopped. People sang songs, danced around until the water cannon arrived. Security forces began detaining the protesters. More than 80 people are the defendants in the case – Daniil Ditkovsky got tried in August of this year. He got sentenced under part 2 of Article 339 of the Criminal Code to two years of restriction of liberty. Daniil got accused of damaging two Beltelecom cameras and making “cynical inscriptions.” A 19-year-old young man will serve his sentence in an open-type correctional institution No. 43 in Mogilev. 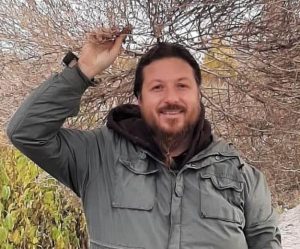 At the same time, another person involved in the “case of the round dance in Brest”, 39-year-old Artem Lassky, began serving his sentence. Artyom got also convicted in August 2021. He got sentenced under part 1 of Article 342 of the Criminal Code (organization and preparation of actions that grossly violate public order or active participation in them). Artem Lassky is serving his sentence in the open-type correctional institution No. 21 in Mozyr.

Igor Semykin is the third person involved in the “case of the round dance in Brest”, who began serving his sentence on December 11. Igor got sentenced to 1.5 years of restriction of liberty under part 1 of Article 342 of the Criminal Code. A 31-year-old man went to an open-type correctional institution No. 48 in Osipovichi.

On December 14, 2021, Minsk residents Svetlana Baranovskaya and her daughter Anastasia Algeriska were detained. Both got charged under article 342 of the Criminal Code for organizing mass riots. Earlier, Svetlana got already tried for insulting riot police officers. She was sentenced to three years of home “chemistry” and ordered to pay 6 thousand rubles to the victims. Mother and daughter are in the temporary detention facility on the Akrestsina.

On December 15, a Minsk resident Igor Yarkovich got detained. Police searched his house as part of a criminal case under Article 361 of the Criminal Code (calls for actions aimed at harming the national security of Belarus). Igor Yarkovich is currently in the KGB pre-trial detention centre. The same day, a 20-year-old the BSU Institute of Business student, Daniil Dorofeev, got detained. The security forces raided his apartment in the morning. Soon the pro-government media published a penitential video where Daniel admitted that he was standing in the couplings and participated in the vote for the Peramog plan. Police opened a criminal case against him under Article 342 of the Criminal Code. 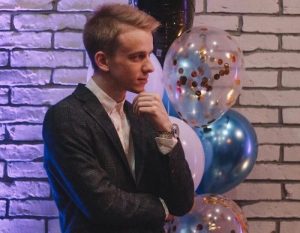 On December 16, 2021, a 22-year-old graduate of the culinary college, Konstantin Shulga, was detained. Konstantin worked and played in an amateur theatre. When the security forces raided his house, he was alone. In a penitential video published by state media, Konstantin said he was subscribed to the opposition Telegram channels and sent videos to them.

Lawyer Andrey Obraztsov began serving his sentence on December 17. He got charged for participating in an October 2020 protest and detained in December 2020. Three days later, he got released from prison on his recognizance. During the trial, Andrei got two years of restriction of freedom. He is serving time in the open-type correctional institution No. 7 in the Pruzhany district. 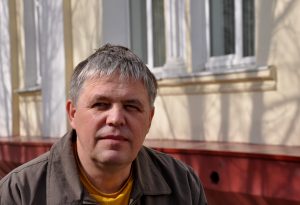 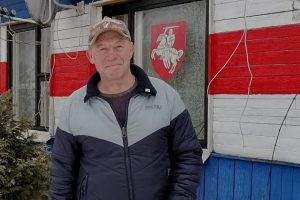 On the same day, Anatoly Kohanchik, a resident of the Polotsk district, was sentenced to 25 days. A year ago, he repainted his parents’ house in white and red and hung the coat of arms “Pagonia” in the window. Sometime later, he got convicted for holding an unauthorized picket. They began to threaten him with a criminal case for malicious hooliganism if he did not repaint the house. Anatoly Kohanchik did not do this, and he got detained after he went to the police on a summons. Anatoly Kohanchik will also celebrate Christmas and New Year in prison.

Unfortunately, we have no reason to assume that this list will not become bigger until the end of December. Today in Belarus, you can be detained for anything: subscribing to a Telegram channel, participating in a protest action (even a year ago), commenting on social networks, red and white Christmas decorations, and so on. Because of this, the New Year will be overshadowed by fear and anxiety for many Belarusians in the country.