A resident of Smorgon, who was 43 years old, died in an open-type correctional facility No. 43 in Mogilev. Here he was to spend two years, to which he got sentenced for insulting the head of the Gantsevichi district police department, Vitaly Kuleshov. Dmitry arrived to serve his sentence on December 29 and spent one week in a correctional institution. 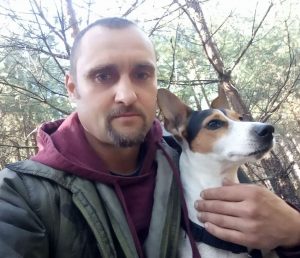 Dmitry got a sentence on October 29, 2021. According to his case, on June 21, 2020, he left a comment on the «Odnoklassniki» social network on Olga Karach’s page. Here, under Vitaly Kuleshov’s photo, he wrote: «You bald brute, our time will come soon». Dmitry got accused of insulting a government representative in connection with the performance of his official duties, committed in information posted on the Internet (Article 369 of the Criminal Code of the Republic of Belarus) and sentenced to two years of restriction of freedom.

The political prisoner committed suicide on the way from the polyclinic. He was walking down the street unaccompanied. A video appeared on social networks showing how a man jumped off a bridge on Chelyuskintsev Street. After the tragedy, the police blocked two lanes for traffic. What exactly caused the suicide is anyone’s guess.

We have told that prisoners in Belarusian prisons go through terrible tortures with poor food, lack of amenities and treatment. Even in an open-type correctional facility, called “chemistry”, life is not much different from a colony. Prisoners are forced to work hard under the supervision and give funds from small salaries to the state treasury. Convicts pay for meals, utilities in the institution, independently buy clothes and shoes. In the absence of own funds, food and clothing are provided at the state expense with subsequent cost reimbursement.

At work in the open-type correctional facility, they pay a little — around 300-400 rubles. Often these are not the highest paid jobs, and someone has to get a job at an agricultural enterprise or a loss-making plant. There is not much choice, and it is advantageous for the administration when several prisoners work in one place because it makes them much easier to control. It is not always possible to work in a speciality.

There are many levers of pressure on convicts. They can intimidate with a protocol, the absence of a three-day vacation home, the prison for absolutely any violations like the beard or improperly made bed. On weekends, it is necessary to do general cleaning and attend lectures. Also, the administration requires to subscribe to the newspaper from the Ministry of Internal Affairs. It is forbidden to lie on the bed during the day – you can only sit on a stool. If the assistant on duty or the duty officer himself sees the prisoner sleeping, he can order the policeman’s office to be cleaned, the police car or the floor in the corridor to be washed.

The majority of Belarusians found out about the presence of the open-type correctional facility in our country only after the protests in 2020. But people spent a sentence there before that, during the previous years of Lukashenka’s rule. Political prisoners got also punished in this way. Everyone who told the truth about the Lukashenka regime even before the majority of Belarusians «woke up» and went out to protest. We have been telling the truth for 20 years. And the actions of the illegitimate authorities show how much this truth irritates the punishers. Unfortunately, ordinary people, Belarusians, who believed in the changes, are dying.

We would very much like Dmitry Dudoit’s sacrifice to be the last. We do not want people to die because of the punishers, but, unfortunately, we are not sure that they will not torture someone. Now more than ever, we need to get together and work out an action plan preventing new deaths. And we believe that everyone who killed prisoners or drove them to suicide will get punished.

Victims of the regime: 2022 began with a new death at the hands of the punishers – the brutal murder of Dmitry Uskhopov

Another victim of the Lukashenko regime: young boy commits suicide because of police harassment
2022-01-06 at 22:12 Svetlana Gordeeva News