For many years, «Our House» said that Article 328 of the Criminal Code is political. After the 2020 elections, there were many confirmations of this. In October, we prepared a large text about political prisoners with an article for drugs. About four months have passed since then — and during that time, four more Belarusian political prisoners have been charged under this article. For two, this article has become the main one. 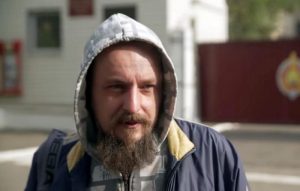 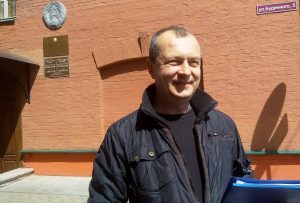 On the same day, together with Alexander, another activist of the «Country for Life», Oleg Borozna, was detained. He was accused of drug trafficking, and 0.0057 grams of marijuana were seized from him as evidence. Before that, Oleg was repeatedly detained for participating in an unauthorized mass event. According to human rights activists, the political article 293 was the impetus for the wiretapping and surveillance of Oleg and Alexander by the security forces, but it was removed. The authorities wanted the civil activists to look like «ordinary drug addicts» in the eyes of the public and were not recognized as political prisoners. On October 5, 2021, Oleg Borozna was found guilty under part 1 of Article 328 of the Criminal Code and sentenced to 2 years and three months in a general regime colony.

On May 26, 2021, Andrey Trusov, Deputy Director for Production, was detained. According to the prosecution’s version, on November 1, 2020, during a protest march, Andrei Trusov sent the administrators of the Telegram channels «NEXTA» and «NEXTA LIVE» information about the movement of police officers and special equipment, as well as the name of the equipment. During the search, Andrey Trusov was found to have about two grams of marijuana, which he gave to the security forces. We would like to note that during the search, Andrey became ill. He partially admitted his guilt under part 1 of Article 328 of the Criminal Code at the trial. Andrey told about sprouting marijuana in the system block until 2020 for personal consumption, not distribution. He threw the package into the car at the time of detention. There was no question of any transportation. After the arrest, Andrei Trusov wrote a confession. He confirmed that he had sent information about the specific equipment movement to the NEXTA Telegram channel chatbot. And also that he had ordered an opposition flag on AliExpress. Andrey Trusov was sentenced to 2.5 years in a penal colony under articles 342 (organization and preparation of actions that grossly violate public order or active participation in them) and 328 of the Criminal Code (illegal trafficking of narcotic drugs without the purpose of sale). 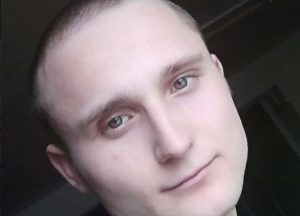 On October 7, 2021, Ilya Dubsky, a 24-year-old resident of Osipovichi, was convicted. He was charged under articles 130 (inciting social hostility against the security forces) and 366 of the Criminal Code (violence or threat against an official performing official duties). He left 16 comments in the Telegram channels «Osipovichi for Life» and «Minsk 97%». Also, he sent a voice message with threats in Viber to the special forces major. Ilya served a 13-day sentence under Article 24.23 of the Administrative Code before and came out with cigarette burns on his body and traces of torture. The examination results were announced at the trial, and it confirmed that the writing of comments was due to the mental illness presence in Ilya. Another argument for the prosecution was the presence of Ilya Dubsky’s criminal case under Article 328 of the Criminal Code. He distributed drugs as an online store courier. Ilya Dubsky partially pleaded guilty to the charges against him. In the last word, he said that he had three sisters and four younger brothers at home, those terrible things were happening in the country, and he did not want to harm other people. He admitted that he is an expressive person, and the events in Belarus caused him a shock, so he left emotional messages in chat rooms with calls to fight against the Lukashenka regime.

In the first days of January, friends of Dmitry Uskhopov, who died on New Year’s Eve in Rechitsa, were detained. These are Alexey and Anna Davydkov, Alexander Snobkov and Ilya Brokarenko. Alexander and Ilya were detained at the entrance of the deceased Dmitry. Alexey Davydkov left earlier to meet his wife Anna, and their arrest place is unknown. The couple has two small children. On the day of the arrest, four friends were supposed to arrive at Dmitry’s funeral, but they have not been in touch since the morning. According to some reports, Dmitry Uskhopov’s acquaintances could have been detained on suspicion of drug-related crimes. The security forces said that two of them found a kilogram of marijuana. Since January 7, 2022, there has been no information about their fates.

On January 25, 2022, political prisoner Stanislav Kozhemyakin trial began. According to the prosecution’s version, on September 24, 2020, Stanislav wrote messages in the Telegram chat «Brest 97%», calling for violent actions against police officers. Stanislav said he signed up for the channel in the summer of 2020 to read about news and events. The man fully admitted his guilt, stating about writing comments under the influence of information that Stanislav perceived as truthful. Stanislav also has a criminal record under Article 328 of the Criminal Code, which he has not yet paid off. That is why he was sentenced to 3 years in prison under Article 130 of the Criminal Code (incitement to hostility).

Alexander Lukashenko has repeatedly called the protesters and the opposition drug addicts. The use of article 328 against them is no longer surprising. The term can be extended with accusations of drug distribution, and the illegitimate state will have almost free labour for a much longer period. We call for recognizing prisoners under article 328 as political prisoners, especially detained as minors. They need it more than other convicts.