A week ago, on September 16, the illegitimate president signed a decree on pardoning those convicted for participating in protest actions in Belarus – as a result, 13 prisoners were released. Deputy Head of the Lukashenka administration Olga Chupris clarified: these are those who committed “crimes on the Internet” or participated in “mass riots” and “repented of what they had done”. But the release of political prisoners cannot be called a capitulation of the regime or concessions, after which the struggle in the country will end. None of those pardoned is an opposition activist, and most were sentenced to restriction of freedom in an open-type correctional institution. 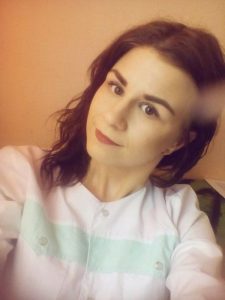 Among those pardoned, there was only one girl – a nurse from Vitebsk, Yulia Kasheverova. On October 4, 2020, the girl was at a protest march in her city, where she tried to save a man injured by the actions of riot police. In her anger, she kicked a police car and threw a stick after the minibus. But she was also accused of ripping off the security officer’s mask. Yulia was sentenced to 1.5 years of imprisonment in a general regime colony under Article 339 of the Criminal Code (malicious hooliganism). In addition, the girl’s family had to pay damages of 405 rubles – at the same time, it turned out at the court that the amount was more than twice as much and amounted to 841 rubles. We published Yulia’s story on our website – you can find it here. 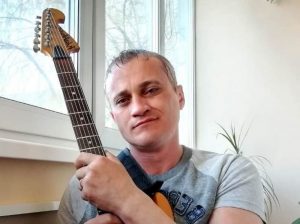 Another pardoned person sentenced to imprisonment in a penal colony is a former Belarusian Metallurgical Plant employee, Alexander Bobrov. On August 17, 2020, he blocked the road for technological transport on the plant territory. Alexander said that he wanted to protest against the falsification and the violence of the security forces. In court, he admitted his guilt, repented and asked not to punish him harshly. The court sentenced him to 2.5 years in prison. 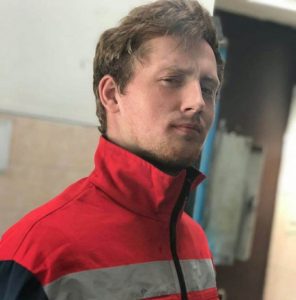 25-year-old Alexey Korshun from Orsha received 2.5 years of imprisonment in a penal colony after comment on the social network VKontakte. He was tried under article 130 of the Criminal Code (incitement to hostility). However, he was not completely pardoned on September 16. Lukashenka only changed a measure of restraint for him, and he was transferred to an open-type correctional institution. It is not yet known where Alexey Korshun will serve his term. 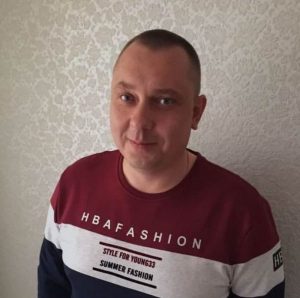 Yevgeny Govar is a former employee of the Belarusian Metallurgical Plant in Zhlobin. On August 17, 2020, he participated in the road closure on the territory of the enterprise. Yevgeny admitted his guilt and repented but refused to give evidence. On February 1, 2021, the court announced Yevgeny’s sentence: 2.5 years of imprisonment in a general regime colony. After the decree on the pardon, on September 16, Yevgeny was transferred to an open-type correctional institution. He remained in the status of a political prisoner. 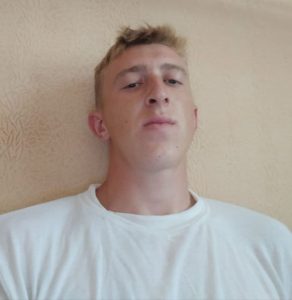 20-year-old Viktor Kalinovsky is a resident of Brest, detained on July 8, 2021, for putting political slogans at several bus stops and a shopping kiosk in the regional centre on the night of September 18-19, 2020. According to the investigation, the damage amounted to 94,01 rubles. Viktor Kalinovsky was sentenced to 2.5 years of restriction of freedom with a referral to an open-type correctional institution. However, Viktor stayed in captivity for only two months – by Lukashenka’s decree, “chemistry” was replaced by restriction of freedom at home. “When the boss called me to the office, everything was shaking with excitement and joy. My father already knows that I’m coming back. But I didn’t tell anyone about the pardon in advance,” Viktor shared with journalists. In the same way, the punishment was replaced for Vadim Sychik from Byaroza. He was accused of throwing an “unidentified object” into a bus with local policemen on August 10, 2020. The glass broke, thereby causing damage to the city’s car park. For this, Vadim Sychik was detained on December 11, 2020 – he remained in custody until the trial on January 28, 2021. He was sentenced to 1 year of restriction of freedom – but from September 16, 2021, he will serve his term at home under police control. A resident of Svetlogorsk, Valery Loza, was detained on April 1, 2021. He was accused of having written an obscene comment on social networks on August 26 to an employee of the local traffic police, Major Andrei Bagraenka. The security officer dispersed peaceful protests and fined drivers for giving sound signals. The trial of Valery was held in January – he was sentenced to 2.5 years of restriction of freedom in an open-type correctional institution under Article 369 of the Criminal Code of the Republic of Belarus (public insult to a representative of the authorities). He went to serve his sentence on April 1. During his stay in the place of detention, Valery was admitted to the hospital with an ear infection. 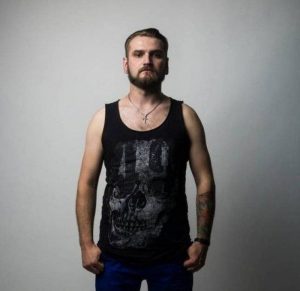 Orsha resident Maxim Shavlinsky received two years of restriction of freedom for defamation (Article 188 of the Criminal Code). After the election, someone posted a photo of a policeman Vishnevsky in the working chat of a trading company with an office in Orsha. Maxim wrote a negative remark to him. Before that, another company employee was detained for a comment addressed to the same policeman. He was sent to an open-type correctional institution. 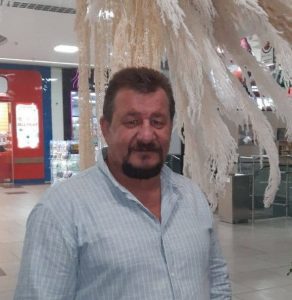 Igor Bykovskikh, a 56-year-old resident of Minsk, also left an obscene message on Telegram to the security officer who beat a pregnant woman. For this, he was sentenced to 1.5 years of restriction of freedom with a referral to an open-type correctional institution. On May 5, 2021, Igor Bykovskikh began serving his sentence in the village of Krugloye. It is noteworthy that Igor’s son, Oleg Bykovsky, is a candidate for master of sports in cross-country skiing, coach of the Belarusian ski team, and a signatory of the letter for Lukashenko.

Yevgeny Korolchuk from Stolin was convicted on April 23 of this year under Article 370 of the Criminal Code (abuse of state symbols) for a year of restriction of freedom. Yevgeny pulled the red-green flag on the shopping centre, and it fell. Since July 5, 2021, Yevgeny has been in Mogilev in an open-type correctional institution. 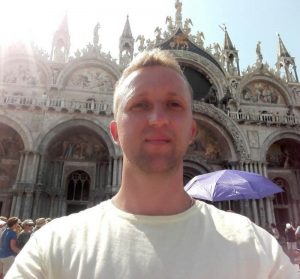 Yevgeny Poshelyuk from Kamianets received two years of restriction of freedom for insulting a judge (Article 371 of the Criminal Code) on April 19, 2021. A few years ago, he became the culprit of an accident and received a fine. He decided to appeal the decision through the court and even reached the Supreme Court. Poshelyuk spoke unflatteringly about the judge in the messenger, and when he was tried for insulting, he expressed regret for what he had done and explained his act with resentment. Evgeny went to serve his sentence on July 3, 2021. 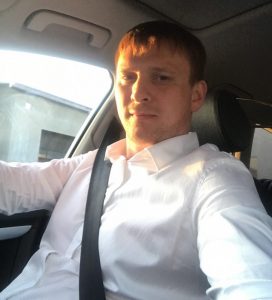 Sergei Rudinsky from Orsha was also convicted this spring. The father of two minor children was sentenced to 1.5 years of restriction of freedom. He wrote a comment addressed to the head of the Orsha Inspectorate for Minors Vishnevsky in a Telegram chat. The political prisoner has been serving a term in an open-type correctional institution in Volkovysk since April.

Yevgeny Rapin from Minsk, before his arrest, worked at the market in Zhdanovichi as a loader, supported a family with three young children. He was accused of participating in a protest rally on October 4, 2020, and hitting a video surveillance camera near the insulator on Akrestina. Also, according to the prosecution, Yevgeny, being drunk, “publicly shouted slogans, clapped his hands, repeatedly refused to comply with the requirements of law enforcement officers, deliberately obstructed the movement of transport.” Yevgeny was convicted under Article 342 of the Criminal Code (participation in actions that violate public order) and sentenced to 3 years of restriction of freedom with referral to an open-type correctional institution.

It will not be possible to call the decree issued on September 16 a pardon. Of the 13 mentioned political prisoners, two remained in the same status, and two more will serve their sentences at home. In addition, initially, the list for pardon contained 93 names – they were selected by the head of the “Round Table of Democratic Forces” loyal to the illegal government, Yuri Voskresensky. However, as Olga Chupris said, almost a fifth part of these 93 people violated the order in the place of detention. The fourth part, according to Chupris, did not have a sentence, or it did not enter into legal force. Those who have already been tried and who were accused of corruption and crimes related to drug or weapons trafficking were not pardoned. And on the day of the decree release, one person was recognized as a political prisoner.

If we recall history, the trade of political prisoners in Belarus is far from new. The dictator took the same tactic after the 2010 elections. By October 2011, he had pardoned 24 people who participated in mass riots in Minsk on December 19, 2010. In 2012, Lukashenka promised to release political prisoners who had written a petition for clemency. Thus, Lukashenka hoped to soften Western sanctions against Belarus – however, none of the political prisoners was released by July 3 under the amnesty. At the beginning of 2013, 12 political prisoners remained in the country. The last of those arrested for a protest action in 2010 were Nikolai Statkevich, Igor Olinevich, Nikolai Dedok, Yevgeny Vaskovich, Artem Prokopenko and Yuri Rubtsov. It happened before the new presidential elections in 2015.

Then the bargaining of political prisoners bore fruit: Belarus ‘ relations with the EU and the United States began to warm up. There are joint projects in business and infrastructure. At the end of 2015, the EU suspended sanctions against most enterprises. The ban on travel to the EU, which had been in force since 2000, was lifted from Lukashenka. And in 2019, the dictator even visited Austria. Lukashenka hopes that this scheme will work again – and he will remain in power again. However, at the cost of an enormous number of wounded, killed, missing, left.

ICCI “Our House” is categorically against the bargaining of political prisoners. After all, we understand that even if Europe and the United States make concessions to the dictator, there will be no freedom in Belarus after that. After a microscopic thaw, further repressions will begin, new political prisoners will appear after any careless movement or word. The only guarantee that this will not happen is the departure of Lukashenka from the presidential post.