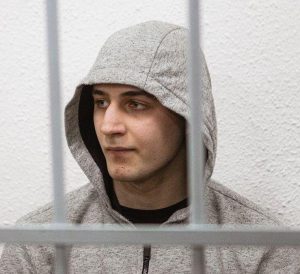 Nikita Yemelyanov and Ivan Komar are the longest-serving Belarusian political prisoners who are currently in prison. Both are activists of the anarchist movement, and they were detained on October 20, 2019. According to the investigation materials, in September, the guys threw light bulbs with paint at the building of the Minsk City Court. The total damage from these actions, according to the investigation, is 143,22 rubles. The investigation accused them of using Molotov cocktails twice and trying to attack the building of the pre-trial detention centre-1 on Volodarsky Street in Minsk. They planned to repeat the same action on October 20, 2019 – but they were detained. On February 12, 2020, the activists were sentenced to 7 years in prison. 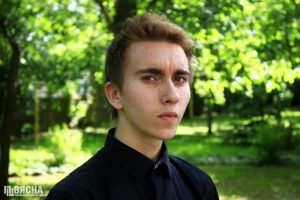 It is interesting that Ivan Komar did not admit his guilt and stated that he was subjected to ill-treatment and pressure from the security forces to write a confession. Nikita Yemelyanov pleaded guilty only partially. A month after the verdict, the court’s decision was reviewed. Nikita Yemelyanov was reduced to 4 years in prison, Ivan Komar – to 3.5 years. Now Nikita is in the investigative prison No. 4 in Mogilev, and Ivan is in the investigative prison No. 8 in Zhodino. Both have an enhanced content regime. 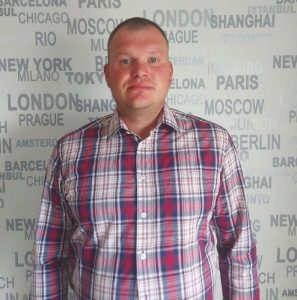 The last political prisoner, at the moment, is Konstantin Dudikov, detained on September 16, 2021. He was sentenced by the Bykhov district court to 1,5 years of freedom restriction with a referral to an open-type correctional institution for insulting a representative of the authorities (article 369 of the Criminal Code). Before the lawsuit, Konstantin Dudikov was at large, and after the trial, he began serving his sentence in the open-type correctional institution No. 36 in Minsk. 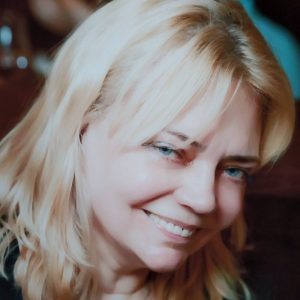 The absolute majority of Belarusian political prisoners are men. There are 595 of them, while there are 76 women. Svetlana Kupreeva became the first female political prisoner still in prison. She was detained on June 11, 2020. Svetlana was the coordinator of Viktor Babariko’s initiative group in one of the districts of Minsk. On June 11, she was taken to the KGB pre-trial detention centre for questioning and left in custody. She was charged under Article 243 of the Criminal Code (evasion of payment of taxes and fees). On the fifth day of detention, relatives transferred the box to Svetlana because she did not take many things. The lawyer was not allowed to see the woman allegedly because of the coronavirus. Until now, Svetlana Kupreeva is in the KGB pre-trial detention centre, where she writes poetry. There was still no trial for her.

The last to be included in the list of women political prisoners were Irina Levshina and Natalia Turova, detained on August 18, 2021. Irina Levshina is the director of the independent news agency BelaPAN. They came to her with a search on August 18. During the search, the police detained her for 72 hours on charges under Article 342 of the Criminal Code (organizing or preparing actions that grossly violate public peace or participating in them). Now Irina is in pre-trial detention centre No. 1 in Minsk. Brest resident, Natalia Turova, appeared in custody for allegedly insulting Lukashenka on May 27, 2021. An hour after the insulting words were uttered, the investigators searched the woman’s apartment. During it, according to the prosecution, “wanting to express her superiority and permissiveness,” Turova tore up the protocol, which “damaged the official document.” Natalia Turova was sentenced to 1,1 years of imprisonment in a general regime colony.

Dmitry Strizhak from Dobrush became the youngest political prisoner in Belarus – he heard his sentence on February 5, 2021, when he was only 15 years old. Dmitry led the Telegram channel “Data of the punishers of Belarus” and posted information about the security forces there. The guy found names and addresses in similar public sites. In the middle of autumn 2020, the security forces found him out and brought him to criminal responsibility for slander and a public insult to a government representative. However, the authorities were prevented by Dmitry’s age – less than 16 years old. As a result, a punishment option was found, and the court sentenced Dmitry to two years of imprisonment by serving in a specific closed-type educational institution. 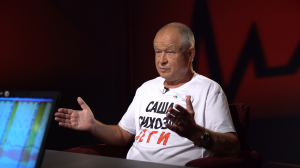 The oldest political prisoner among those serving their sentence in a correctional institution is 69–year-old Vladimir Nepomnyashchikh from Gomel. He was detained on December 23, 2020, on charges of insulting the assistant prosecutor of Gomel Alesya Zhuravskaya in the courtroom. It happened at the announcement of the verdict of activist Georgy Vasilenko, who raised a white-red-white flag on a flagpole on Homel Square. According to the investigation, the pensioner called the assistant prosecutor an “organized criminal group”. For this, he was sentenced to two years and six months in prison. He is serving his sentence in colony No. 15.

Some political prisoners sentenced to imprisonment in Belarus are not citizens of our country. For example, Natalia Hershe, who was arrested for 2,5 years for tearing off a mask from a security officer, has Swiss citizenship. Andrey Novikov, Igor Kaponaiko, Yegor Dudnikov, Dmitry Popov, Danila Chemodanov, Alexander Gejadze are Russians. Mikhail Ferenets, sentenced to three years, is a citizen of Ukraine. Akihiro Gayevsky-Hanada, an activist of the anarchist movement, is the son of a Japanese citizen who worked as the secretary for the culture of the Japanese Embassy in Belarus.

Most of the prisoners were convicted under Article 342 of the Criminal Code (organization and preparation of actions that grossly violate public order or active participation in them). The penalty under this article is from two to five years of restriction or imprisonment for up to 4 years. 234 Belarusian political prisoners are charged under Article 342 of the Criminal Code. The second most common is Article 293 Part 2 of the Criminal Code (participation in mass riots). For this, in Belarus, they are punished by imprisonment for 3 to 8 years. Of the 671 political prisoners, 156 have already been convicted or will be punished under article 293 part 2. The third article is Article 364 of the Criminal Code (violence or the threat of violence against an employee of the internal affairs bodies). For this, Belarusians can be sentenced to seven years in prison. And there are 104 such people in our country. 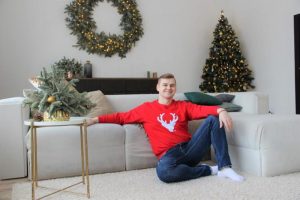 The longest term given to a Belarusian political prisoner is 18 years. Denis Urad, 30, was a special communications officer of the General Staff of the Armed Forces. Denis was accused of treason to the state (article 356 of the Criminal Code). According to the case materials, on March 14, 2021, the captain photographed a secret letter from the Minister of Internal Affairs to the Minister of Defense and sent it to the opposition Telegram channel. It is noteworthy that the letter contained an order from the Minister of Internal Affairs to involve the army in suppressing protests in Belarus. On May 14, 2021, the Supreme Court sentenced Denis Urad to 18 years of imprisonment in a high-security regime. He was also stripped of his captain’s rank. Denis Urad is serving a sentence in PC No. 1 – we wrote about what is happening in PC No. 1 here. 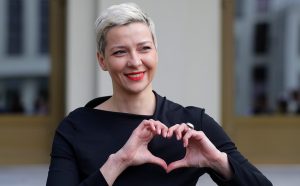 Political prisoners are serving time in places of detention in 27 Belarusian districts. The least of them is in the open-type correctional institution No. 47 in Mstislavl – one person, Mikhail Firago, detained on April 2, 2021. He was accused of blocking the road at the intersection of Tuchinsk Lane and Kalvariyskaya Street on August 10, 2020. In December 2020, Mikhail Firago was sentenced to three years of restriction of freedom.

Most of the prisoners – 108 – are in the pre-trial detention centre No. 1 in Minsk. Here they are awaiting trial or sent to a correctional institution. Of these, 27 are women, and 81 are men. Among the prisoners of the pre-trial detention centre No. 1 are the defendants in the “students case” Alana Gebremariam, Victoria Grankovskaya, Tatyana Ekelchik, Egor Kanetsky and Kasia Budko, the arrested employees of the TUT.BY portal Elena Tolkacheva, Marina Zolotova, Olga Loiko, philosopher Vladimir Matskevich, political scientist Valeria Kostyugova, journalists Egor Martinovich and Irina Levshina. 49 political prisoners are in the pre-trial detention centre No. 7 in Brest, among them the defendants in the “case of the round dance” and the “Pinsk case”. And 47 prisoners work in the open-type correctional institution No. 43 in Mogilev.

Not all detained under “political” articles people have the status of the political prisoner. Belarusian human rights activists do not give this status to those who resisted police officers, were suspected of terrorism or a conspiracy to seize state power. This week we devote a separate article to the criteria for recognizing political prisoners and tell which of those arrested for “political” crimes were not given this status. After all, as of July 27, 2021, 4200 criminal cases have been opened in Belarus for terrorist and extremist actions.

ICCI “Our House” demands the release of all political prisoners. These people suffered because they wanted changes in the country. They took to the streets for a better future for Belarus and Belarusians. But, unfortunately, not even all of them have the status of a political prisoner and, accordingly, attention from the media and European politicians, mention in the lists of addresses for letters, assistance from foundations. While they are in prison, we must support them to let them know that they are not forgotten and not abandoned, that Belarus continues to fight. We believe that shortly we will do everything possible to ensure that our political prisoners are released.