Child protection is declared as one of the priority areas of social policy in Belarus. However, in reality we are constantly facing cases of torture, cruel and unfair treatment of minors directly by the state. Very often from the side of the police. Children are not only judged as adults but are also treated without considering age and mental characteristics.

As a result, teenagers do not cope with the pressure put on them and commit suicide attempts in pre-trial detention centers or prisons due to torture and ill-treatment.

We would like to cite two cases of bringing to suicide of adolescents in custody in a pre-trial detention center due to torture and ill-treatment.

The incident for which a 17-year-old teenager from a small town in the Minsk region was sentenced to a long prison term (8 years) occurred in 2019. 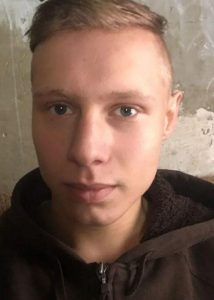 Photo published with the permission of Maxim’s mother

Maxim found himself in the company of underage boys and girls who drank alcohol. After this meeting, one of the girls (12 years old) returned home drunk, talked with her mother, which resulted in Maxim’s accusations of raping a minor.

After the arrest, he was sent to the Republican Scientific and Practical Center for Mental Health (Novinki) for examination. It is worth noting that Maxim has a mental disorder (central nervous system damage), due to which he was forced to study at home and constantly took medications. In Novinki, this diagnosis was confirmed. The conclusion of the psychiatric examination was in Maxim’s case.

The forensic medical examination, which was carried out by the underage girl, showed that there was no rape.

The criminal case was re-qualified to Part 3 of Article 167 of the Criminal Code of the Republic of Belarus (violent acts of a sexual nature against a deliberately minor or entailing grave consequences).

In the pre-trial detention center, law enforcement officers put pressure on Maxim to get him to confess that he had committed this crime. Unable to withstand the torture and abuse, a 17-year-old boy tried to commit suicide and cut his veins.

His mother and lawyer learned about Maxim’s suicide attempt when they came to his interrogation and saw cuts on his hands.

The teenager said that he cut his hands in the pre-trial detention center cell in Uzda town. Later he explained to his mother that the reason for the act was torture and pressure from law enforcement agencies.

It is important to note that, given the mental state of the teenager, pressure on him (handcuffs, harsh expressions, threats, accusations, shouts, etc.) was unacceptable, you can only talk to him in a calm tone. Even though the law enforcement officers were aware of Maxim’s diagnosis, they did not consider his condition and the possible consequences of such an attitude towards him. In fact, law enforcement officers drove the teenager to a suicide attempt.

The court found that Maxim understood what he was doing and found him guilty of acts of a sexual nature, sentencing him to 8 years in prison.

The convict is serving his sentence in the “children’s” educational colony No. 2 in Bobruisk. His personal card contains a note that he is prone to suicide.

In 2018, 11th grade student Emil Ostrovko (17 years old) responded to an offer to work on the Internet – the distribution of smoking mixtures. The anonymous employer positioned the job as legal. The substances that the teenager was supposed to distribute ended up as a drug (0.12 grams of marijuana) 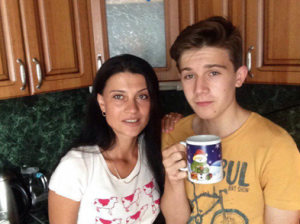 Photo courtesy of Emil’s mother and republished with her permission

Emil was detained on April 12, 2018 in the Minsk region (Kolodischi), he was immediately taken into custody. The investigation against him was conducted under Part 4 of Article 328 of the Criminal Code of the Republic of Belarus (distribution of narcotic drugs as part of an organized group). At the same time, the investigators could not identify other members of the group.

According to Emil’s mother, the suicide attempt took place in the pre-trial detention center, from where the teenager was brought to the court hearing in his case with his hands tied. The motives of the adolescent’s act remain unknown to this day. The mother suggests that Emil tried to commit suicide due to threats and pressure from law enforcement agencies to obtain Emil’s confession.

In this situation, it is remarkable how carefully they tried to hide it. So, at the hearing, to which Emil was brought from the pre-trial detention center with bandaged hands, the judge asked the defendant questions about the incident, but the teenager refused to give an explanation.

This survey was not included in the court record. A break in the process was not announced, a psychologist was not provided to the teenager.

The court sentenced Ostrovko to 10 years in prison. After the verdict, he was transferred to a pre-trial detention center in Zhodino, where the only documentary evidence appeared that the convict’s wrists were cut. At the same time, Emil’s mother has official replies from the Central Regional Hospital of Minsk and the pre-trial detention center, where he was held before the trial, that he had no cuts.

The woman notes that the scars from the wounds are still visible on her son’s arms. She repeatedly sent complaints about this situation to various authorities, but everywhere she received replies, as if nothing had happened.

In his card in the young offender’s institution №2, where he began to serve his sentence, there was no note of a tendency to suicide.

After the verdict was appealed, the part of the article on which Emil was convicted was changed to the third. The term of imprisonment was reduced by two years. Another two years were removed as part of the program to reduce the lower threshold of punishment under Article 328. Now, Emil, who was transferred to an “adult” colony (IK-2) in 2019, has four years of imprisonment left to serve. His request for a pardon addressed to the President was rejected.