We would like to draw your attention to the fact that staff of the Ministry of Internal Affairs of Belarus use color-coded stigmatization and markings on detained peaceful protesters and on Belarusian prisoners serving sentences in places of detention. Police use color differentiation and markings to distinguish between the types of torture and ill-treatment a person will be subjected to, including practices that may be mutilating.

Marking a detained protester or prisoner a certain color means that a certain type of torture will be applied to this person, or that the condition of their detention will be worsened.

Temporary detention facilities (or “IVS”, where detainees serve an administrative sentence), pre-trial detention centers (or “SIZO”, where people are kept before trial under criminal articles), colonies and other places of deprivation of liberty are subordinate to the Ministry of Internal Affairs, i.e. militia (law enforcement agency). Also, employees of the Ministry of Internal Affairs detain people at protests.

Since the beginning of August, numerous cases of using different colors to mark detained protesters have become known. Depending on the color the police use to mark a detained person, he/she is subjected to a certain kind of torture.

At the moment, we are aware of the following color markings being used for detained peaceful protesters: 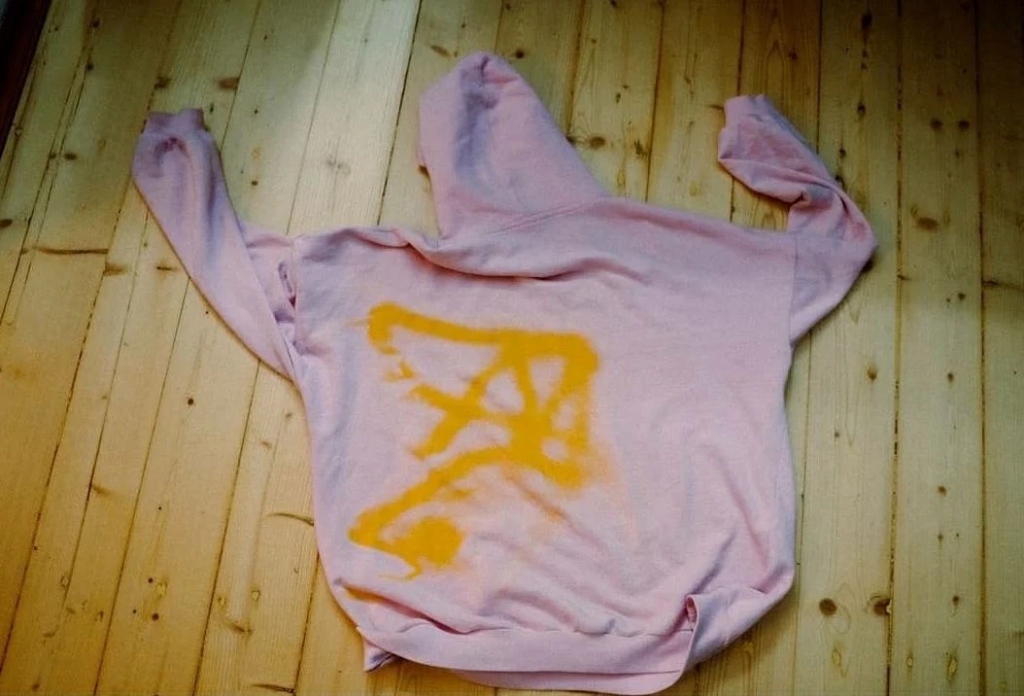 Photo of a sweatshirt belonging to a female protester detained for participating in peaceful actions. The sweatshirt has been marked in yellow, though marks are usually made on the faces of the protesters, not their clothes. 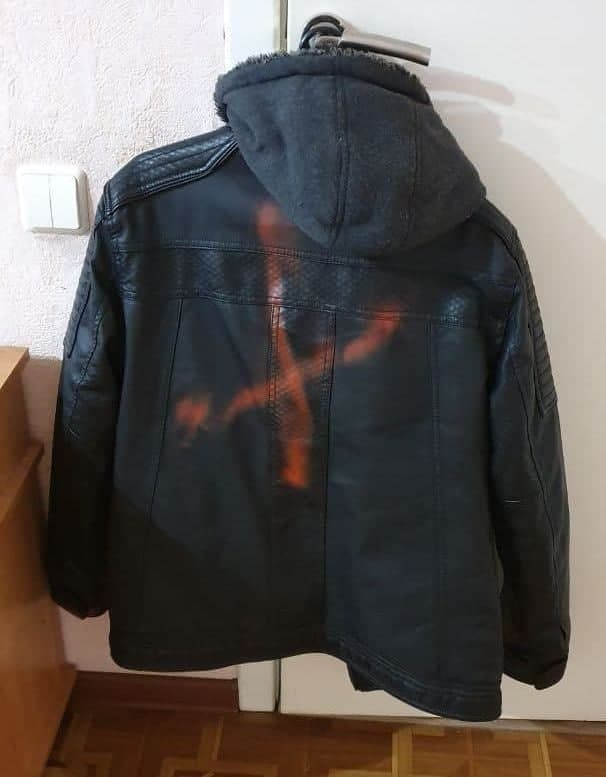 The detained man was severely beaten for refusing to testify. Before that, he had been marked with red paint.

At the moment, in prisons and detention facilities in Belarus, the police officers also use a certain color system of “tags” (color patches or badges) for marking prisoners. The color which is assigned to a prisoner depends on what kind of torture and ill-treatment this person will be subjected to.

Color discrimination and color stigmatization lead to the fact that prisoners are detained in unequal conditions compared to other prisoners – they are kept under increased scrutiny of the prison administration, and they have higher chances of receiving additional punishment (including placement in a “black hole” or a tiny punishment cell), being deprived of visits and parcels from relatives, as well as encountering difficulties in obtaining a conditional early sentence. This leads to discrimination against certain groups of prisoners, first of all the so-called “328-children” – adolescents and young people convicted for the first time for petty crimes under the “drug” Article 328 of the Criminal Code of Belarus, who are marked in green.

We would like to emphasize that serial killers, rapists, those convicted of corruption, and other prisoners serving sentences for especially grave crimes are not marked in any color and wear white (neutral) “tags”.

In a letter numbered 89/5/G-5 dated 23 July 2019, the Department for the Execution of Punishments for the City of Minsk and the Minsk Region explained that at the moment, they use three colors to mark prisoners:

A) Green is used to mark adolescents and youngsters sentenced for minor crimes to 8-15 years in prison under articles related to illegal trafficking of narcotic drugs and psychotropic substances. As a rule, they are sentenced under Article 328 of the Criminal Code. There are already whole detachments of young people in prisons which only consist of “328s”. 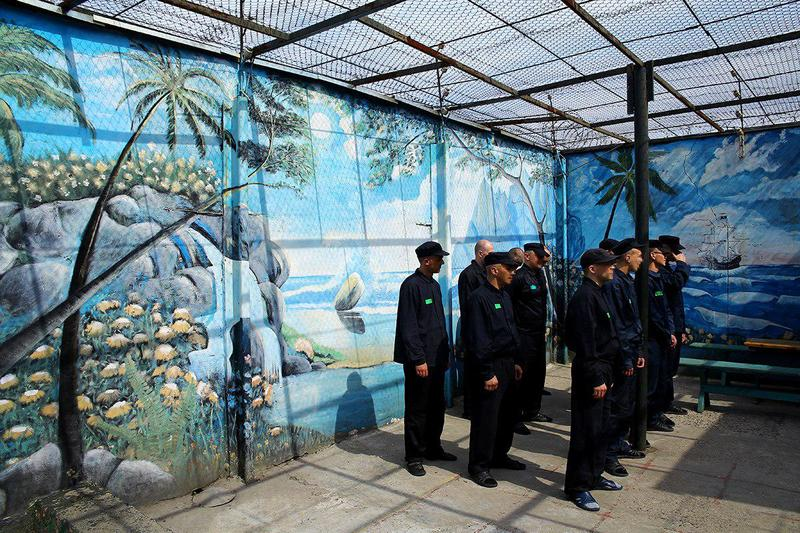 The photo shows prisoners sentenced under Article 328 of the Criminal Code of the Republic of Belarus. They are wearing uniforms marked with green badges on the chest. Source: KYKY

B) Yellow is used for marking anarchists and anti-fascists, the persecution of whom is carried out by the KGB and special departments of the GUBOPiK (Main Directorate for Combating Organized Crime and Corruption). The yellow tag stands for “prone to extremism” and implies special attention to a prisoner from the prison administration. This means that these people must always be in the forefront for checks, receive letters only with basic everyday information, and obey any order from the administration. Otherwise, they may be deprived of phone calls, meetings with visitors, parcels, and/or may be placed in a punishment cell.

C) Red is used for marking those prisoners who, in the opinion of the prison administration, are prone to escape attempts or suicide. 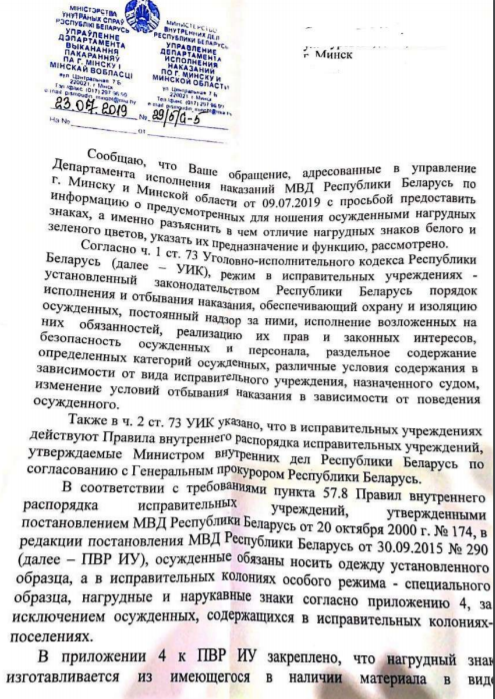 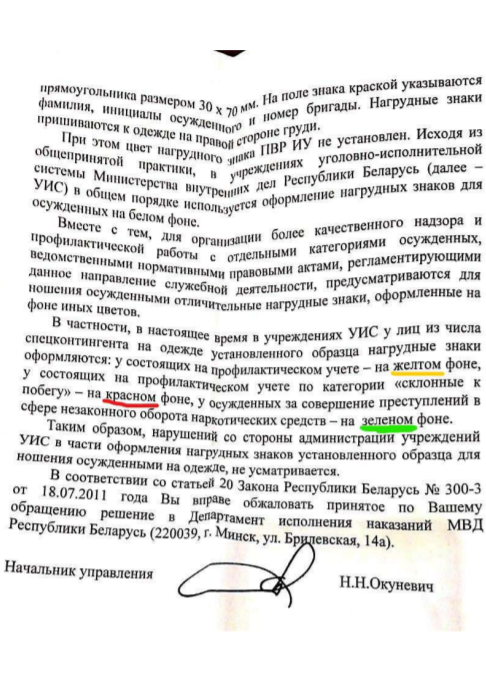 Excerpt from the official letter of the Department for the Execution of Punishments for the City of Minsk and the Minsk Region 89/5/G-5 dated 23 July 2019: “In particular, currently in the institutions of the Penal Execution System, persons from among the special contingent are issued badges on their uniform as follows: for those assigned to preventive supervision – badges on a yellow background; for those assigned to the category of “prone to escape” convicts – badges on a red background; those who are convicted of crimes in the category of illegal trafficking of narcotic drugs – badges on a green background.”

Interestingly enough, in another letter, No. 29/1-5/Ж-8461 dated 21 November 2017, the Ministry of Internal Affairs tries to deny the use of color marking of prisoners, explaining that the use of a certain color is “not regulated by law”, so badges of convicts can be of any color, including green. But this is not true, because “328-children” are never seen wearing a yellow or white (neutral) “tag”; for some reason, they are only assigned green ones. 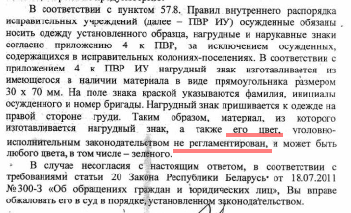 Excerpt from letter No. 29/1-5/Ж-8461 dated 21 November 2017: “Thus, the material from which the badge is made, as well as its color, is not regulated by the penal legislation, and can be of any color, including green.”

As we can see, the same colors are used to mark certain categories of “crimes”, which suggests a certain kind of logic and a deliberately implemented system of marking prisoners and protesters detained at rallies by employees of the Ministry of Internal Affairs.

We call for an end to color-coded stigmatizing practices, which lead to a scaling of torture and mutilating ill-treatment of detainees and prisoners.

We consider it unacceptable for Belarus to use yellow markings in prisons and detention facilities to designate politically active citizens.

As a sign of solidarity with the peaceful citizens of Belarus who were tortured for their civic position and their peaceful protest, on 23 November 2020 we call on you to post a picture of a yellow square on your social networks or take a photo of yourself with a yellow quadrangle or a triangle – with the same yellow badge that they put on political prisoners in Belarus.