In February one of the “Mothers-328” – Marina Chepko, whose son Milad is serving his sentence in a prison camp – passed away. It was hard to expect anything more inhumane from the Department of Corrections than not letting the son to say goodbye to his mother. Milad was not released from the camp for the funeral, despite the petition of “Mothers-328”.

The first deputy head of the Department of Corrections (DOC) – head of the operational and regime work Ivan Myslitski – explained that it would be up to the convict himself and the head of the prison camp to decide whether he could be released for the funeral. He clarified that Article 328 was considered especially grave, so the prisoner would most likely not be released to bid farewell to his mother[1].

A similar story happened in 2019 with Maxim Chashenya, who was serving a sentence under the same article. His mother died, and activists of the “Mothers-328” movement appealed to the prison camp “Wolves’ Lairs”, where Maksim was held, with a request to let him go to the funeral. Specialist PK-22 Mahnevich picked up the phone. When she heard the question, she started laughing.

– Do you realize that this is unrealistic? – Mahnevich asked the activist who had called. To which the representative of “Mothers-328” replied that this has always been the case and it is allowed by the internal instructions. An employee of the colony said that prisoners were never allowed to go to the funeral.

“It’s just a blatantly horrible picture! I’ve never encountered such a nightmare before. She shocked me! I was going to say that I wish there would be laughing at her funeral, too … but something stopped me,” the activist later commented on the call[2].

However, this is a normal practice for the Belarusan DOC to punish prisoners by not letting them to say goodbye to their deceased loved ones. Though, not the boys sitting under Article 328, but those whom human rights activists call political prisoners. This shows for the authorities that Article 328 is entirely political. 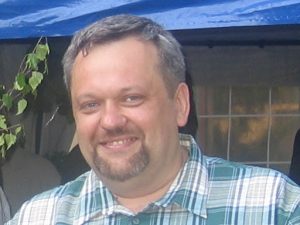 For instance, in 2006 Valery Lievanieuski, the chairman of the National Strike Committee of Entrepreneurs and member of the Council of Civil Initiatives “Free Belarus”, lost his father. Valery could not attend the funeral as since 2004 he had been in prison under Article 368 of the Criminal Code (public insult of the president, coupled with accusations of committing a grave crime). The court considered that the phrase on the leaflets which Valery was distributing in Hrodna as an insult to Lukashenka: “Come and say that you are against someone going to Austria to rest, ski and enjoy life at your expense”.

In addition, Valery Lievanieuski was not allowed to be released on parole or under amnesty. In the prison camps he was often placed in a punishment cell, punished with deprivation of visits, denied medical care. Valery went through torture, abuse and even death threats from the administration. It is noteworthy that Levonevsky served part of his sentence in the same prison camp No. 22 “Wolves’ Lairs” [3]. 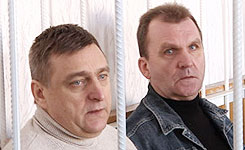 In 2009, political prisoner Uladzimir Asipenka could not say goodbye to his uncle, his only relative on his father’s side. He was not allowed to go to the funeral on the grounds of unavailability of the escort in the pre-trial detention center.

Uladzimir Asipenka was detained together with Yury Leonov and Mikalai Autukhovich. They were charged under Article 218 of the Criminal Code (intentional destruction or damage to property) [4].

In 2012, former political prisoner Aliaksandr Malchanau was not released to bid farewell to his mother. At the time he was sentenced to a year and a half under Article 205 of the Criminal Code (theft committed by an organized group or on a particularly large scale). He was accused of stealing scrap metal from the territory of the Zhodzina forging plant of heavy stampings[5].

Aliaksandr Malchanau appealed the verdict, but by the time of his mother’s death the appeal had not yet been considered. The administration of Zhodzina pre-trial detention center, where the convict was kept, said that since the complaint was not considered, the verdict had not entered into legal force, which means the convict could not be considered convicted, and the right to attend the funeral of a close relative did not apply to him.

Prior to that, Aliaksandr Malchanau was detained on December 19, 2010 during a protest against the results of the presidential election. He was sentenced to three years in prison for desecration of state symbols and participation in mass riots. However, a few months later he was released under a clemency decree[6]. 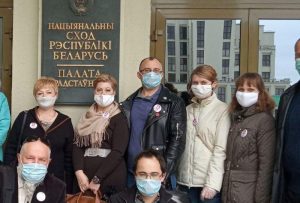 In the center – Aliaksandr Hrechishnikau

In 2020, the father of imprisoned activist Aliaksandr Hrechishnikau died. At that time Alexander was serving an administrative arrest in the offenders’ isolation center of Minsk. He was punished for being at a picket to collect signatures for alternative candidates. Zavodskoi District Court considered it as participation in an unauthorized mass event. Aliaksandr Hrechishnikau’s sister tried to pass a petition to the court to let Aliaksandr go to his father’s funeral, but she was told that only Aliaksandr himself could submit such a document. The isolation centre, where Hrechishnikau was held, did not accept the documents for petition saying that they had to be taken to the ROVD. At the end, his sister insisted that the documents were given to Aliaksandr[7]. 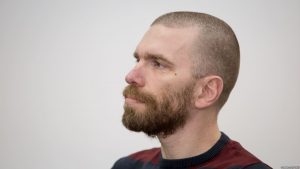 On January 25, 2021 the father of political prisoner Yauhen Afnagel died. Yauhen had been in custody since last September on charges of committing a crime under Article 293 of the Criminal Code (participation in mass riots). The lawyer of political prisoner appealed to the investigation with a request to release Yevgeny for the funeral. The Investigative Committee did not respond to the request and did not release Yauhen[8].

The Criminal Executive Code of the Republic of Belarus states: convicts may be outside the prison in exceptional circumstances, which include the death of a close relative. “In this case, the time of the convict’s stay outside the territory of the correctional institution is determined by taking into account the personality and behavior of the convicted person while serving his sentence, as well as the presence of factors that may contribute to the commission of a crime by the convict or other persons,” the code specifies.

In addition, Article 32 of the Constitution of the Republic of Belarus enshrines the protection of the institution of the family by the state. This implies that by preventing prisoners from saying goodbye to their relatives, the authorities violate not only the Criminal Executive Code and Procedural and Executive Code, but also the basic law of the country. 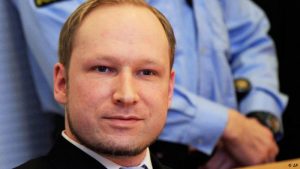 One last thing. In 2013 in Norway, Anders Breivik, who was sentenced to 21 years in prison for two terrorist attacks in Oslo and on the island of Utøya that killed 77 people, was not released for his mother’s funeral. Breivik is considered the most dangerous criminal in Norwegian history, so much so that even in prison extra security measures have been put in place to hold him. Breivik was not allowed to say goodbye to his mother, arguing that he had not yet been in prison long enough to leave it in case of emergency[9]. We can only wonder why for the Belarusian authorities people, insulting Lukashenko, smoking pot with friends teenagers , and participants of mass actions are on a par with a terrorist and a murderer.