It so happened that the illegitimate authorities tactfully do not notice people who are terminally ill (or have become so after a medical error). You will never see a report about their difficulties in a state newspaper or on a TV channel. And they are not used to complaining, instead preferring to fight the system for the right to live in the same way as healthy people. “Our House” did not let us forget about it: all the years of our activity, we tried to tell impressive stories of struggle and to make life easier for Belarusians with severe and incurable diseases. 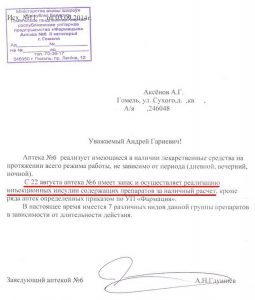 In 2014, the human rights activist of “Our House”, Valery Shchukin, arrived in Gomel and couldn’t purchase insulin in ampoules of short-term action at the local pharmacy No. 6 after 21.00 (although the pharmacy itself worked around the clock). The human rights activist found out that such a drug was not on sale in principle. Public activist, Andrey Aksenov, met with the management of the pharmacy on duty and offered to begin the round-the-clock sale of insulin in ampoules of short-term action, including in the period from 21.00 to 8.00. The Deputy of the House of Representatives of the National Assembly, Elena Ostapyuk, was interested in the problem. She turned to the head of the department of medical equipment of the Gomel “Pharmacy” with a proposal to start the round-the-clock sale of insulin. And Gomel officials heard it – the pharmacy began to sell insulin constantly.

In 2017, “Our House” defended 65-year-old pensioner Nelly Shloydo, who participated in the March of Non–Parasites – large-scale protests of Belarusians against Lukashenka’s decree, according to which unemployed citizens of working age had to pay extra money to the state treasury. Nelly headed the community of diabetic patients in the city and district of Molodechno. However, she quickly lost her position when she became an election observer. Her son needs medical help – he has diabetes. Nelly Shloydo told us how difficult it is to take care of an unhealthy child: “Daily syringes, cubes that need to be boiled, doses of insulin are a struggle for the life of a child who, although an adult, needs my help.” For participating in the protest action, the pensioner got a fine of 30 basic units. For a woman spending all possible money on medicines for a sick son, the amount was colossal. 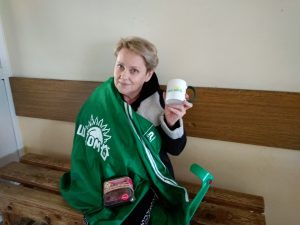 In 2018, we began to assist the victim of medical error, Angelika Kalatozishvili. In 2014, she received a disability due to an incorrect diagnosis. Doctors removed her healthy organs, and then the woman stopped walking. She has repeatedly appealed to law enforcement agencies and various authorities with demands to bring the perpetrators to justice. In 2016, she went to court over the illegal removal of a disability group. But no one responded to her complaints in any way. When Angelika made her story public, authorities began to persecute her, and medical workers filed a statement against her for disclosing medical secrets. Angelika faced not only violation of rights in the field of healthcare. She also has seen the lack of results of communal services, police arbitrariness. She wrote about it on her social networks. After Angelika Kalatozishvili became a well-known activist in her city, a fighter for justice, repressions did not begin against her. Police searched her dorm room, convicted her husband under Article 328 of the Criminal Code and deported him to his homeland in Georgia. In 2020, Angelika got tried for publishing materials from the NEXTA Telegram channel. All this time, “Our House” supported Angelika Kalatozishvili during the trials. We helped her in solving her everyday problems. 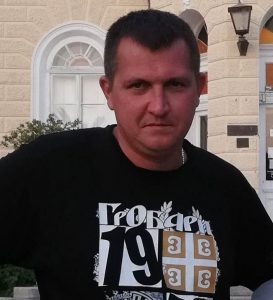 In February 2021, we talked to a former policeman Dmitry Kulakovsky, who has diabetes. The first time Dmitry got detained was in October 2020, when he left the house for groceries. He was attacked on the way to the store, kicked under the knees from behind, and then handcuffed. During the road to the Department of Security, police officers beat Dmitry and jumped on him. The torture did not stop in the Department of Security – the employees themselves gave the go-ahead to hit a former colleague. Then he was taket to the temporary detention centre on Akrestsina – at night, he was not allowed to lie on the bunks, and only three litres of water were given per day for drinking, washing, and flushing in the toilet. Dmitry was held in solitary confinement for 27 days on trumped-up administrative charges. Because of this, his health was seriously affected. After his release, Dmitry turned to doctors. They continued to summon him for questioning and opened a criminal case against him. Dmitry tried to leave the country, but police captured him at the border crossing, was driven for 2 hours in a bus on the floor in handcuffs and was beaten with a stun gun all the way. On the fact of violence and conditions in the temporary detention centre, Dmitry Kulakovsky sent an appeal to the UN. Dmitry’s wife, Yulia, turned to Our House. We helped the family with lawyer fees and groceries.

In July 2021, Svetlana Tur, hearing impaired from Brest, contacted us. She had not had hearing loss since childhood but appeared after severe flu. Doctors treated it with gentamicin. One of the side effects of the drug is hearing loss, which happened to the woman. Later, she got registered at the Republic Scientific and Practical Centre of Otolaryngology. Despite the diagnosis, Svetlana studied at a comprehensive school and, for the first time, turned to a hearing therapist for disability only in 2017. But the doctor said that a woman’s disability is not allowed. Then Svetlana began to fight for her rights because the disability group was necessary for getting a job. And as a result, she was also given a psychiatric diagnosis. At the same time, Svetlana has never passed a psychiatric examination, neither outpatient nor inpatient. Learning the information, the Brest resident learned that without a disability, a person couldn’t get a free hearing aid from the state – and its cost is from 700 to 6000 rubles. The story of Svetlana is on our website, and documents confirming the woman’s hearing loss are attached to the article. 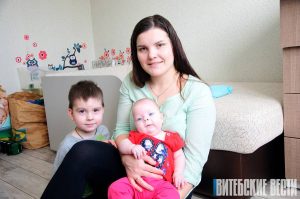 Also, in July 2021, we devoted material to spinal muscular atrophy, a disease that is successfully stopped everywhere – but not in Belarus. The illegitimate government prefers to buy weapons for the security forces rather than medicine for sick children. And in response to the sanctions, the state began to close NGOs that helped kids with incurable diseases. In the article, we noted that now Belarusian families with SMA-child open fees for treatment abroad. They often move to Europe to receive at least one type of medicine and therapy for free. In Belarus, doctors offer such children only to die slowly. It is impossible even to undergo rehabilitation here. Many doctors have no idea how to work with sick children and build their muscles. And now, the illegitimate authorities expel out of the country doctors who conducted classes with children suffering from SMA. An example of this is the excellent pediatric orthopaedic traumatologist Rustam Aizatullin, who disagreed with Lukashenka’s policy and left for Ukraine after the repressions. 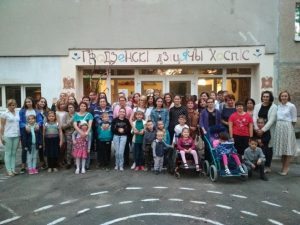 We have often written about seriously ill children – they do not seem to exist for the illegitimate authorities. The state media did not write about how the kids live. Often parents had to look for any means to save their sons and daughters. All the same non-governmental associations, ruthlessly liquidated this summer, helped. The officials also destroyed the children’s hospice in Grodno. We dedicated an entire campaign, “SOS children’s hospice”, to it. Hospice director, Olga Velichko, was an independent observer at the elections on August 9 and recorded the fraud. After the protest suppression on August 9-12, Olga tried to create a Council of People’s Trust in Grodno. In September 2020, the hospice began to have problems: the homeroom teacher of Olga’s son began threatening the family with the registration of those in a socially dangerous situation. On September 9, 2020, Olga Velichko got detained during a charity meeting in Grodno, where she was raising money for the needs of a hospice. On September 29, 2020, the premises were taken away from the children’s hospice, and in October, the lease agreement was terminated. In November 2020, the Department of Financial Investigations in the Grodno region opened a criminal case against Olga Velichko for embezzlement, and she had to leave Belarus urgently. We called for an end to criminal prosecution and pressure on Olga Velichko and her family. To do this, we wrote letters and appeals to the structures of the European Union, created petitions and campaigned to hold solidarity pickets abroad.

Our activity became noticeable: the fate of the Grodno Children’s hospice was also taken care of abroad. The mayor of the German Minden, the sister city of Grodno, Michael Ekke, sent a letter to the Grodno City Executive Committee and expressed concern about the events taking place. Before that, the security forces managed to search the Palliative Care Center. On March 4, the Grodno prosecutor’s office received an appeal from the children’s polyclinic No. 2, where the hospice occupied part of the spaces. The polyclinic administration said that in May, hospice volunteers sewed protective suits for doctors in their rooms. And on August 14, 2021, the Justice Department of the Grodno Regional Executive Committee sent a statement of claim to the court for the liquidation of the Grodno Children’s Hospice.

It is impossible to keep silent about what is happening with seriously ill people and especially children. It frees the hands of the punishers, who realise that now nothing stops them from terror. But it has to end – and we understand that publicity will contribute to this because then the whole world will know about what is happening in Belarus. We do not want terminally ill Belarusians to suffer from pain and fear. But we want them to see Belarus without Lukashenka.