Inequality is perhaps the most accurate word for describing Belarusians. While in some regions of the country they earn 700-800 dollars, in others they survive on 250 dollars. As of the end of 2020, approximately 5 percent (which is about half a million) of Belarusians are below the poverty line. Of these, almost 1.5 percent of the country’s residents are forced to subsist on less than 200 rubles ($ 79) a month. On 31 May, the world celebrates World Day Against Inequality dedicated to the issue of poverty. We tell the story of how “Our House” is fighting the poverty of the Belarusians.

The topic of poverty was raised by “Our House” back in 2015. The team then organised a conference and panel discussion on ‘Approaches to Measuring the Poverty Phenomenon in Belarus and Modernisation with a Social Perspective’. Olga Karach took part in the event. Also, the floor was taken by the journalist Denis Lavnikevich and the expert in the field of public administration Inna Romashevskaya. 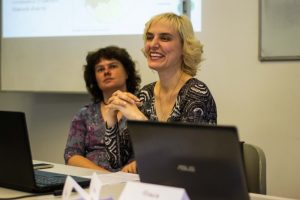 Olga Karach outlined the main financial problems of Belarus: the inability to find a job in the provinces, layoffs, and the dismissal of numerous specialists. At the conference, Olga Karach suggested ways of solving this problem: reindustrialisation in the “poverty belt”, modernisation of existing enterprises, development of small businesses in poor areas, spatial separation of public administration throughout the country, and the formation of an independent offshore financial center.

In 2016, “Our House” proposed a program to overcome poverty in Belarus, based on the opinions of experts and data from relevant ministries. The program said that most often Belarusians find themselves below the poverty line, who work conscientiously, but the country’s economic system does not guarantee that hard work will be rewarded. The reasons for this are the domination of bureaucrats and the vertical power structure, the negative attitude towards entrepreneurship, the absence of social lifts, the overall unprofitability of most industrial enterprises (especially in the provinces) and the entire agricultural sector. The program also touches upon other problems: a shortage of personnel, outdated equipment at enterprises, low salaries and, as a result, a shortage of personnel.

The draft directive on stimulating entrepreneurial activity, which was developed by the Ministry of Economy, says: “Of the 118 regions of the republic, 115 are subsidized, of which in 53 regions the amount of subsidies exceeds 50% of the revenues of their budget. This state of affairs testifies to the weakness of the regional policy”. The districts have no development of indicators of cash income, gross product. There is an outflow of young people and highly qualified specialists from small towns, and as a result, ineffective and low-initiative people, pensioners, and alcoholics remain to work there. As a result – the deterioration of the social sphere, the emergence of “poverty belts”, which is especially clearly seen in the Minsk region. The highest salaries are in Minsk and the surrounding districts of Minsk, Smolevichi and Dzerzhinsk. However, Lukashenko does not like the phrase “poverty belt” very much, so such conversations never come up at meetings. 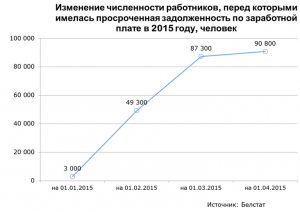 “Our House” considered not only the economic and financial components of poverty, but also the psychology of Belarusians. In times of crisis, the poorest of them are extremely passive and prefer to save and eat food from their own land, rather than looking for a new job or starting a business. The state approves of this approach: a population that does not require too much is easier to manage. State-owned enterprises can have huge numbers of staff, where the top earns high salaries and the bottom a penny, and consequently produce low-quality products that are not needed on the market. It’s a vicious circle.

“Our House” has proposed several actions to help overcome poverty in Belarus. Among them – the placement of new enterprises in areas located in the “poverty belt”, the deployment of construction there (which will create new jobs), adoption of re-industrialisation policies from successful enterprises. It is also possible to modernize enterprises while preserving the “social” component, which many Belarusians hold on to, change the approach to calculating unemployment benefits, develop small businesses in poor areas, and create independent offshore centers there.

In 2017, Olga Karach, in the author’s column on the website, said that poverty in Belarus is more common among women raising children alone. In the provinces, only very hard work with very low wages is available to them. The other options are to retrain or even move away. But this is difficult – you still need to feed the children. The woman is trapped. And then there is the state, which simply takes children away and puts mothers on a kind of ” counter ” – an obligation to reimburse public expenditure. In essence, a monthly tax. Instead of helping the family, officials by their actions bury the unfortunate woman deeper and deeper. Poverty in the provinces means that children from almost any family can end up in an orphanage.

In the same year, “Our House” spoke about the situation faced by the Roma in Belarus. This category of the population is most often subject to poverty. Because of stereotypes, they are not hired. Many of them do not have documents, cannot read or write. They are forced to hide from law enforcement agencies. Due to lack of funds, they cannot pay taxes, and if they pay, they will immediately fall into the trap asking where the money comes from and go to jail. Only a few get higher education and get on with their lives.

In 2020, “Our House” has once again returned to the problem of poverty in Belarus. In the report on economic, social and cultural rights, the rule of law and problems of the judicial and penitentiary systems of Belarus, sent to the UN Special Rapporteur on Human Rights in Belarus, we touched upon the situation when children are taken away from parents living below the poverty line. “Providing social assistance to families would be a more appropriate way to deal with the situation. Instead, when a child is taken from his or her family, he or she is placed in a social institution (orphanage) and the parents have to make monthly payments to the state. The average cost of a child’s stay in a orphanage is 220 BYN (equivalent to 91 euros). Removing children also allows government agencies to abolish payments to large families. This leads to situations where people are afraid to seek help from social services in a crisis situation, because there is a risk that their children will be removed from the family,” the report said.

The current situation in Belarus does not inspire optimism. Even despite the support of Lukashenka by Russia, the population of our country is rapidly becoming poorer. More and more districts are facing salary delays. It is almost impossible to open a business in Belarus – it was the businessmen who protested against the power of the illegitimate usurper in 2020. At the All-Belarusian People’s Assembly, Lukashenko made a number of statements addressed to private business. Here are some quotes: “if you’ve earned a lot, help a lot”, “we’ll bring all sorts of small entrepreneurs to their senses”, “there will be no indulgence for you”, “we’ll cut you out with a cinderblock”. You don’t need to be a clairvoyant to guess: all people who have earned a little more than a piece of bread will be in for a keen interest from the state.

Lukashenko tried to do everything so that Belarusian goods were uncompetitive abroad, and people had no other desires than meeting basic needs. But in 2020, everything changed, and Belarusians raised their heads. We hope that after the overthrow of Lukashenko, Belarusian entrepreneurship will flourish. We believe that in the new Belarus everyone will be able to receive not a handout, but a decent reward for their work, that many more people will stop thinking about what to feed their children tomorrow and where to move in order to live better.

April 23 – World Book and Copyright Day. Telling about the books published by «Our House»

“Belarusian men should be proud that we have such women.” Protest leaders congratulate Belarusians on International Women’s Day