The illegitimate president has repeatedly emphasized a special attitude towards children and believed that Belarusians should give birth as much as possible. “We need at least 15 million, and preferably 20 million people,” he said. Meanwhile, children, for whom the regime’s admirers say our country is a paradise, often become tools of pressure on their parents, or even hostages of the dictator. On the occasion of the International Children’s Day, we will tell you what “Our House” is doing for the happy childhood of little Belarusians.

One of the most traumatic experiences for a child is being taken away from a loving family and ending up in an orphanage, especially when the parents are OK. This is not uncommon in our country – the notorious Decree No. 18 “On Additional Measures for State Protection of Children in Dysfunctional Families” allows families to be destroyed if parents have not paid for utilities, have a fine if the house has not been renovated for a long time, if mom and dad are active civil position. To save children from the interference of strangers in the family, “Our House” launched a campaign “Non-Children Play”. On the occasion of International Daughter’s Day, we talked about how activists rescued children who ended up in orphanages under Decree No. 18. 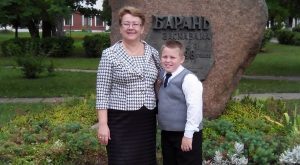 In 2015, the activists of “Our House” raised the issue of the rehabilitation of orphans in the Orsha region. They were offered a school-based round-the-clock camp, which violated sanitary and epidemiological requirements. After all, according to sanitary regulations, 24-hour camps may only operate on a fixed, specially designated base, on the basis of institutions and organisations, using rented premises, tents, in a forest or forest-park area. The adoptive parents applied to the Education Department of the Vitebsk Regional Executive Committee. And soon a foster son was taken away from one of the mothers who became interested in the issue. 13-year-old Nikita turned to the Presidential Administration with a request to return him home.

In 2016, 10-year-old Mark Kravets was beaten in the Partizansky district of Minsk. The boy’s mother, Irina, filed a lawsuit against the man who hit her son. However, the police investigators said that there was no liability for beating a child who was also hooliganising (according to the officer who hit the boy). The juvenile affairs inspectorate registered the injured boy, and his mother was punished with a fine. “Our House” could not pass by this story. The activists attended court hearings and covered the story on the Internet. As a result, in 2018 the court approved the payment of moral compensation to the family. “The most important thing in this case, the real achievement is that the Konyukh was found guilty. The amount of compensation is not important. If they wanted to insult the plaintiffs in this way, then the insult did not work,” said Valery Shchukin, human rights activist of “Our House”. 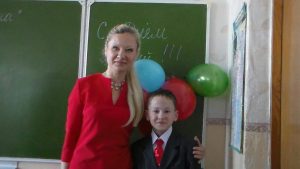 In 2017, “Our House” was able to help the family of Inna and Nikolai Sabiryanov. Inna moved to the capital from the Vitebsk region, received a master’s degree, worked and was able to purchase her own home. First, a room in an apartment. The neighbors turned out to be peculiar: they brought an angry dog into the house, made scandals, accused Inna of stealing liquid soap. Then the woman was persuaded to sell the room, and when they could not, her family was put on the SDS. Her son Kolya was forced by teachers to sit in the classroom during recess and do assignments. Inna filed a complaint with the school – as a result, the boy was left alone. On November 15, 2017, the family was removed from the SDS.

In 2019, “Our House” responded to a case in a Gomel school where a teacher tried to hit a schoolboy on the head with an office box. Then Lukashenko said that if he were a teacher he would turn the head of the “brat”. The activists made an open complaint against him. “By publicly insulting a 9-year-old child and his parents, you have insulted us all by showing disrespect to us, the citizens and our children, by pointing out to us that indiscriminately our children – the future of our country – somehow belong to you, which in reality is not the case. In connection with your fantasies about “turning the head of” – causing grievous bodily harm incompatible with life (killing a child), we remind you that according to the Constitution of the Republic of Belarus you are the guarantor of this very Constitution, the guarantor of human and civil rights and freedoms, as well as the guarantor of safe the childhood of our children,” the claim said.

Since 2019, “Our House” has been actively involved in the issues of children who are in prison under Article 328 of the Criminal Code. Almost immediately, we received support from the international human rights organization Amnesty International. In the same year, activists of the ICCI “Our House” took part in the creation of the draft Law “On Amnesty-2020”. According to the draft, the amnesty should be applied to all minors without exception on the day of arrest, regardless of the appointed term of conviction, and orphans under the age of 21 should also fall under the amnesty. Prison administrations are not given the right to create obstacles to amnesty, including for convicts declared in prison institutions as persistent violators. Also, “Our House” organized a marathon of letters for minors convicted under Article 328 of the Criminal Code.

In 2020, activists of the ICCI “Our House” appealed to the United Nations and 33 embassies of different countries with a request to stand up for the rights of Belarusian children and immediately respond to numerous violations of international law in Belarus. “Our children and we are hostages of this situation, which leads to irreparable consequences, and these are the broken lives of teenagers and their families, as well as personal degradation. Because the conditions of detention in correctional institutions are not only not close to worthy, but are offensive to human dignity. The long periods of stay of our children in such institutions do not leave the slightest chance for their further re-socialization in our society,” the letter said. 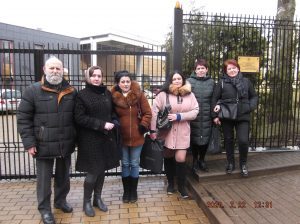 In February 2020, we drew the attention of the Lithuanian MEP Petras Aushtrevičius to the problem of “children-328”. At a meeting with activists, he was informed of the regime’s abuse of minors: torture in the police station toilets, pressure from police officers, adult sentences, lack of medical care in temporary and pre-trial detention facilities, and slave labour in the colonies. The MEP called all this Stalinist methods. In addition, a report on violations of children’s rights was sent to the UN Special Rapporteur on Human Rights in Belarus.

“These children do not pose a threat and danger to society, but there is a huge danger that someone from the prison administration will become infected and bring the coronavirus to prison – where people are en masse in a small confined space and with poor immunity,” Olga Karach emphasized.

On May 8, 2020, it became known that UN human rights experts demanded that the Belarusian government release children and young people imprisoned for drug-related crimes. Also, the Special Rapporteur on Human Rights in Belarus, Anaïs Marin, as well as members of the working group on arbitrary detention, Jose Antonio Guevara Bermudez, Leich Tumi, Elina Steinert, Seong-Phil Hong and Setonji Roland Adjovi, noted that the Belarusian authorities must take urgent measures to protect health and the safety of detainees, in particular children and young people sentenced to disproportionately long sentences of up to 12 years for drug-related crimes. 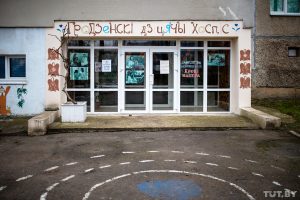 The pressure on children increased after the election. And it was felt even by children with disabilities – the wards of the Grodno Children’s Hospice, whose head Olga Velichko supported the opposition after the election. As a result, employees of the Department of Financial Investigations of the State Control Committee became interested in the hospice. “Our House” has launched a campaign to support the institution. Already after the first week of the campaign, people began to massively complain to the prosecutor’s office of the Grodno region about the actions of employees of the DFI Department. More than 50,000 people have already signed a petition to end political pressure on the hospice. Olga Karach has sent letters to the MEPs of Lithuania, to Amnesty International, to the Office of the UN High Commissioner for Human Rights and to UNICEF.

Thanks to the activity of “Our House”, Germany also became interested in the fate of the hospice. A letter with concern about what is happening in the Grodno Children’s Hospice came to the city executive committee from the mayor of German Minden, Grodno’s twin city. The chairman of the city executive committee Mechislav Goy wrote that “the hospice did not stop its work and continues to work today, its activities have been and remain in the area of special attention,” and not a single seriously ill child in Grodno is deprived of state care.

“Our House” continues to cover cases of violation of children’s rights in Belarus. In recent months, we have covered how the Ministry of Health is experimenting on little Belarusians, endangering their lives, how Belarusian children and especially orphans are taught to swing a truncheon with the full consent of teachers, how Belarusian teenagers are repressed for disagreeing with the regime. We also wrote about a teenager who committed suicide due to police pressure.

On International Children’s Day, the understanding is especially acute that there is no one to protect our children. Even parents are powerless in these situations, and a child’s age is not an obstacle to sending a summons to the police or taking him or her to the police station. But Belarusians want a happy childhood for kids, the opportunity to live without fear, walk, laugh and be happy. ICCI “Our House” wishes all Belarusian children on this holiday more fun, sun and parental love, and their mothers and fathers – strength to fight the dictatorial regime in order to give every child peace and security.