The fascist regime of Lukashenko calls criminals the Belarusians who opposed the illegitimate government. But at the same time, Belarus gives shelter to the people from Interpol’s search base. It is no secret that the escaped ex-president of Kyrgyzstan, Kurmanbek Bakiyev, lives in Belarus, and recently there was a message that a criminal Mehmet Aydin is hiding in the country, who is being searched all over the world. We will remember the names of those whom Lukashenka hid in Belarus.

The Serbian general who committed genocide 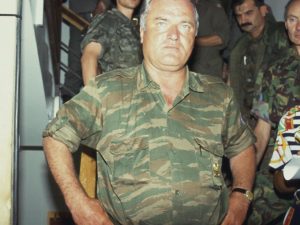 In 2008, the press reported that Ratko Mladic, a former general of the Bosnian Serb army, guilty of mass killings of civilians, was hiding in Belarus. It was stated by his nephew Goran. Mladic was accused of organizing the massacre in Muslim Srebrenica in 1995. The genocide of the male population in this city was the largest in Europe since the Second World War – on the orders of Mladic, from 7 to 8 thousand men and male teenagers were killed. More than 36,000 women and children were deported from the city. Before the cynical extermination of the people, the general told the population: “Everyone who wants to leave will be taken, big and small, young and old. Don’t be afraid… no one will harm you.”

Later, Ratko Mladic was found guilty of the siege of Sarajevo, during which about 10,000 people were killed, and other crimes against the Muslim and Croatian population of Bosnia and Herzegovina.

In 1996, Ratko Mladic was removed from office. NATO demanded that Mladic and the first President of Republika Srpska, Radovan Karadzic, remain handed over to an international tribunal. However, Mladic managed to escape and turned up in Belgrade, where he lived under the protection of Slobodan Milosevic until his overthrow in 2000. Then Mladic managed to escape, but he was seen several times at football matches. In 2006, there were reports of people who helped hide the former general-they were arrested.

In an interview from 2008, Goran Mladic said that his uncle could be hiding in Belarus or Russia. It is noteworthy that Russia responded with silence to demands to extradite Ratko Mladic to the International Court of Justice. Adviser of Serbian President Miki Rakic noted that Serbia sent requests to the director of the Federal Security Service (FSB) Alexander Bortnikov, the Secretary of the National Security Council Nikolai Patrushev, but there were no responses.

Ratko Mladic was detained only on May 26, 2011, 80 kilometres from Belgrade. On June 1 of the same year, he flew to the Hague by helicopter. In 2017, Mladic was sentenced to life in prison by the International Criminal Tribunal for the Former Yugoslavia for crimes against humanity and genocide. The former soldier claimed in court that he defended his people and his country by following the orders of the political leadership.

Ex-President who shot at peaceful protesters 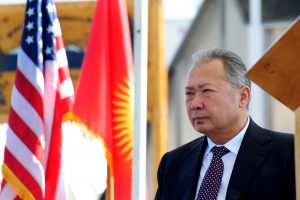 On April 7, 2010, the President of Kyrgyzstan, Kurmanbek Bakiyev, ruled for five years and received the support of 90 per cent of the population in the presidential election with a turnout of 80 per cent, was overthrown. The protests in the country began on April 6, when the opposition seized the building of the regional administration in Talas. The next day, unrest in the country’s capital, Bishkek, began. The opposition captured the TV centre. A criminal case was opened in connection with the riots, the leaders were detained, but the riots continued. Troops and police opened fire on the demonstrators, but the protesters managed to recapture their weapons and seize the parliament building. During the clashes, 84 people were killed, more than 1,500 remained injured. Kurmanbek Bakiyev fled the capital, and on April 8, 2010, he announced that he did not control the situation in the country, but he also refused to resign. He also said that his security guards opened fire on the protesters after they fired at the windows of the presidential office.

Kurmanbek Bakiyev proposed moving the country’s capital from Bishkek to Osh and introducing UN peacekeepers to Kyrgyzstan. However, the opposition government threatened him with criminal liability. On April 13, 2010, Kurmanbek Bakiyev announced that he would resign the security for him and his family. During the negotiations with the opposition on April 15, 2010, he signed a letter of resignation, and then flew to Kazakhstan and on April 19 of the same year found himself in Belarus under the wing of Lukashenko.

Bakiyev was accused of stealing more than 2 billion soms from clients of Asia Universal Bank and the Social Fund of the Kyrgyz Republic, forcing the sale of 20 per cent of the shares of the Issyk-Kul company, illegal appropriation of a residential building and land in Bishkek, money laundering and criminal proceeds, as well as killing and injuring peaceful protesters on April 7, 2010. In Kyrgyzstan, he faces about 30 years in prison, he and his relatives were put on the interstate wanted list in the CIS and on the international wanted list through Interpol.

His colleague Daniyar Usenov came to Belarus with Bakiyev. He lives here under the name Daniil Uritsky and says that Daniyar Usenov died in Malaysia in 2017. Bakiyev and Usenov are behind the Belarusian National Biotechnology Corporation. Bakiyev also built the Centropol complex in Minsk with a casino, entertainment centre, restaurants and bars. The former president of Kyrgyzstan lives in the elite village of Drozdy, and his eldest son Marat lives in Raubichi. Congratulating Bakiyev on his birthday in 2019, Lukashenko presented him with the painting “Hunting of nomads with a Golden Eagle”, compared the ex-president with an eagle. 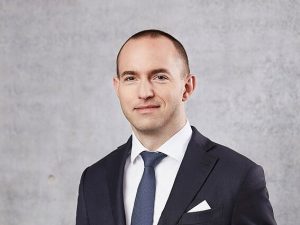 In 2019, Financial Times journalists found inconsistencies in the financial documentation of the company’s branches in Singapore, Ireland, the United Arab Emirates – it turned out that about two billion euros were missing. This money disappeared from the accounts of the pressure hub in East Asia. On June 18, 2020, the company’s top managers, including Jan Marsalek, were dismissed. The CEO of Wirecard was arrested, and Marsalek went to the Philippines – he said, to find the missing money. He managed to disappear from the field of view of the special services and the authorities of Germany and Austria. Then it turned out that he had forged plane tickets and immigration records.

The Bellingcat investigation found that Jan Marsalek, under the guise of humanitarian initiatives, planned to create a PMC in Libya to protect the interests of individuals. He collaborated with Russia and European countries, and his adviser was a Russian expert on the Arab world, Andrey Chuprygin. Marsalek gave Russia secret documents from Austria and collaborated with the Austrian Freedom Party, loyal to the Kremlin. Over the past ten years, he has visited Russia about 60 times, with nine different passports and even a diplomatic passport, and was also a guest of the Russian military in Palmyra.

Having convinced the Western intelligence services that he was in East Asia, Jan Marsalek made a mistake in a conversation with former colleagues. He said he was in a country where one man had ruled for 25 years. In the unified database on border crossing, it is noted that the Austrian arrived in Belarus on a private plane on the night of June 19, 2020.

Jan Marsalek is still in Interpol search. In August 2020, it was assumed that he moved to Balashikha to the “Special Purpose Center” founded by Vladimir Putin. On June 15, 2021, data from the Federal Intelligence Service appeared. According to it, a former member of the Wirecard board is in Moscow. 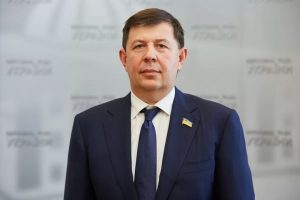 On February 24, 2021, Taras Kozak, a Ukrainian MP of the Verkhovna Rada from the “Opposition platform For life” party, left the country on the plane of Nikolai Vorobey, a businessman and “wallet” of Lukashenko, who is under sanctions. Taras Kozak works with the pro-Russian Ukrainian politician Viktor Medvedchuk, who is a relative of Vladimir Putin. And the OPFL party is known for criticizing the official authorities of Ukraine and seeking to improve relations with Russia.

The MP had to use the plane of the Belarusian businessman, as his property was under arrest. Before Kozak’s departure to Belarus, Ukraine closed three of his channels: 112, ZIK, and NewsOne. Their closure was condemned by the Belarusian state propaganda, which accused Ukraine of attacking freedom of speech. In addition, the National Security and Defense Council imposed sanctions on several companies.

Also, before leaving for Belarus on February 24, Taras Kozak travelled there repeatedly. On February 14, he flew from Kyiv to Minsk in the same plane with the head of the company “Krasny Bor” Alla Pinchuk, associated with all the main assets of Nikolai Vorobey. Five days later, Kozak flew from Minsk to Kyiv with the director of the oil bitumen plant, Alexander Khramtsov, also associated with Nikolai Vorobey.

On May 11, 2021, Prosecutor General of Ukraine Iryna Venediktova said that Taras Kozak and Viktor Medvedchuk were suspected of high treason and attempted looting of Crimea resources. In 2015, Medvedchuk, according to investigators, handed over to the Crimean authorities the Glubokaya field with resources worth 38 billion hryvnias. Viktor Medvedchuk is also charged with having given Kozak, who was in Russia, information about a secret unit of the Armed Forces of Ukraine location in 2020. Medvedchuk is under house arrest.

On May 20, 2021, the Security Service of Ukraine received permission to detain Taras Kozak. They noted the presence of reasoned evidence of ” illegal activities and cooperation of these individuals with the aggressor country”. Taras Kozak is searched by Ukraine. 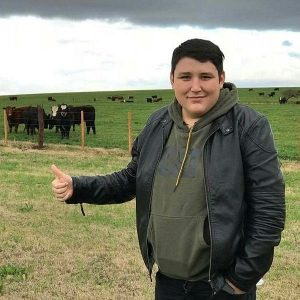 On June 12, 2021, there were reports that 26-year-old Mehmet Aydin, who stole $ 193 million from investors of the game Farm Bank, can be in Belarus. He is included in the Interpol database and is considered one of the most wanted criminals in the world. It was previously thought that he is in Bolivia.

The Farm Bank game appeared in 2016. Players could buy virtual farm animals and equipment for real money. Mehmet Aydin said that this money will be invested in real animals on farms, and buyers will be paid for the time they spent playing. Money transferred to the accounts of Mehmet Aydin and his wife.

However, in 2017, users complained about unfulfilled promises. In January, it turned out that new players could not join the game, and then Mehmet Aydin said that the banks refused to work with his company, and he could not return money to people. Angry users began to join Facebook communities and talk about filing lawsuits. It turned out that many people took out loans to play Farm Bank.

Already in March 2017, based on user complaints, the prosecutor’s office launched an investigation. Assets and more than 20 people involved in the game creation, including Mehmet Aydin’s wife, were arrested. He fled to Uruguay and went into the construction business.

The new location of Mehmet Aydin was reported by the criminal authority Sedat Peker, who is located in Northern Macedonia and talks about Erdogan and members of his party offences. Among the crimes – drug trafficking, corruption, murder. However, there is no concrete evidence of these atrocities. Peker suggested that the Turkish Interior Ministry employees got money from Aydin, and therefore he was not extradited from Belarus. But he specified that representatives of Turkey came to Belarus and communicated with the criminal.

While Belarusians have to leave their own country, criminals and fugitive politicians find shelter in it. The dictator attracts his kind, protects them, gives them gifts. In a country where the law does not work, there is no place for peaceful people protesting against the system. We, Belarusians, are obliged to expel outsiders who have harmed people from our house.