After the 2020 elections, completely different people spoke out against street violence and rigging in the counting of votes. Among them were academics: associate professors, PhDs, professors, authors of publications in scientific journals and award-winning authors. People of science were imprisoned in the same way, found to be political prisoners, some went abroad. Today we will remember how the illegitimate government began to destroy the Belarusian science after the elections.

Dismissals against academics after the election became massive. For example, from August 2020 to April 2021, for political reasons, more than 130 Belarusian employees of universities and scientists were repressed. Over 50 of them were dismissed and 16 others resigned. 33 people served various terms of administrative arrest, more than ten people were fined. The most common form of repression of scientists is dismissal. 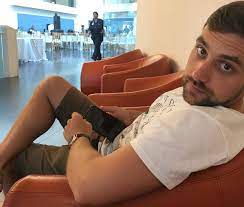 On 12 August 2020, Stas Gorelik, a political scientist, doctoral student at George Washington University, who has a master’s degree in global media from Karstold University in Sweden, and a graduate of the philosophy and social sciences department of BSU, was detained in Minsk. His academic interests include the revolutions in Ukraine and Armenia. Stas was not supposed to be in Belarus during this period – he was going to conduct a study in Armenia, then return to the United States, but due to the pandemic, the borders were closed, and Stas remained in Belarus. The law enforcers broke into his flat while he was there with his girlfriend. They brought him out of there with a broken nose. The search took place at his relatives, including his 91-year-old grandfather. On August 15, 2020, the political scientist was released from the pre-trial detention center. 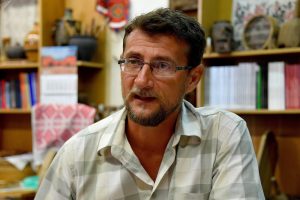 On September 1, 2020, at a protest action, was detained archaeologist and teacher of the Belarusian State University Vadim Belevetz. He was the head of the archaeological excavations in Yaskovichi, and it was the finds of his expedition that confirmed the theory that Polesie was the ancestral home of modern Slavic peoples. At the rally, the scientist fended off students from the security forces. 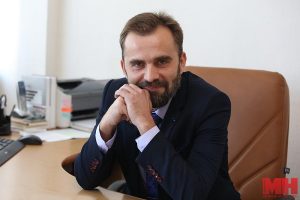 On September 17, 2020, Gennady Korshunov left the post of director of the Institute of Sociology of the Academy of Sciences of Belarus. In June 2020, he noted that the Institute of Sociology conducted a study among Belarusians and found out that in Minsk only 24% trust Lukashenka, 11.1% trust the Central Election Commission. And after just three months, the director had to leave.

On October 23, 2020, 24 employees of the Academy of Sciences took part in recording a video message to the scientific community, to all citizens Belarus and the country’s authorities. In it they condemned the violence, the repression of peaceful Belarusians. Among the participants in the video are Yelena Koroleva, PhD in Chemistry, Ivan Sivtsov, PhD in Physics and Mathematics, Irina Paribok, PhD in Chemistry, Sergei Garanin, PhD in Philology, and Ksenia Panteley, Master of Biological Sciences.

On November 17, 2020, it became known that the contracts of three historians were not renewed at the Institute of History of the Academy of Sciences of Belarus at once. The head of the department of genealogy, heraldry and numismatics Aleksey Shalanda, candidates of sciences Nikolai Volkov and Ekaterina Krivichanina were repressed. Prior to his dismissal, Aleksey Shalanda defended the white-red-white flag, persecuted by the authorities, saying that the flag had twice the status of a state flag, and the drawing on the asphalt cannot be considered a flag. Nikolai Volkov took a photo near the image of the striking miner Yuri Korzun. Ekaterina Krivichanina spoke about the pressure from the trade unions. Prior to that, on August 14, 2020, 38 employees of the Institute of History signed a statement in which they expressed no confidence in the election results. On the same day, the contract with the senior researcher of the Institute of General and Inorganic Chemistry of the National Academy of Sciences of Belarus Sergei Besarab was not extended. Sergei runs the “Blog of the Belarusian Chemist”, a Telegram channel, where he talks about chemistry. He spoke frankly about what was happening at the Academy of Sciences and did not agree with the position of the leadership, which called for the dismissal of all who opposed the violence in August 2020.

In November 2020, 15 scientists from the Institute of Genetics and Cytology left the state Federation of Trade Unions and created the primary trade union organization of the Free Trade Union of the Belarusian – that is, a trade union independent of the state. On July 5, 2021, the three member geneticists of the organization had their last working day. The workers were threatened with dismissal under the article. Among those dismissed were Ksenia Panteley and Marina Bogdanova, participants in the video message against violence. Aleksandr Nosov, Ilona Sakharuta and Yelena Aksenova were also deprived of their posts.

On November 24, 2020, another historian from the Academy of Sciences, Andrei Radoman, was fired. He is engaged in the history of early modern times, the history of the state and law of the GDL and Rzeczpospolita, the history of local government, genealogy and sfragistics of the political elite of the GDL, as well as the history of law enforcement agencies in Belarus. Andrey Radoman is the author of over 80 scientific papers. And on 25 November 2020, the seventh scientist from the Institute of History of the National Academy of Sciences, Vladimir Shipillo of the Anthropology Department, was sacked. It also became known then that candidate of philological sciences Aleksandr Zhlutko and candidate of historical sciences Tetyana Popovskaya had been dismissed from the National Academy of Sciences.

Out of solidarity with colleagues from the Academy of Sciences, several other historians left. Candidate of Historical Sciences Andrei Matsuk was detained in September and served his arrest for 13 days under Article 23.34 of the Administrative Code. Vadim Aniperkov, Andrey Unuchek and Vasily Voronin also decided to quit in order to support their colleagues who were forced to leave. 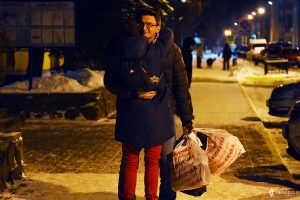 On 21 December 2020, PhD in History Viktor Yakubov was detained in Novopolotsk after a children’s festival organized by residents of the town in the central square. His wife Yulia said that when their family was leaving the fenced-off area after the party, two policemen asked Victor for his documents. He didn’t have them with him. Then he was detained.

On 13 February 2021, ethnographer Stepan Zakharkevich, 42, who was at the event with his wife and children, was detained at a concert at the recreation center in the village of Sokol, Smolevichi district. Stepan is a member of the Polish Scientific Society for 18th Century Research, and has interned at the Institute of History at the University of Wroclaw and at the University of Malta. For attending the concert, he was punished with 15 days of administrative arrest. The contract with his wife Elena Basalai, who taught at the law faculty of the Belarusian State University, was terminated. 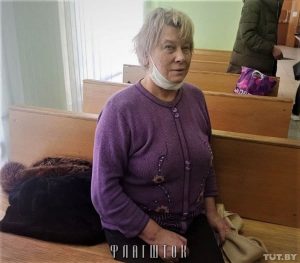 On March 6, 2021, in Gomel, Candidate of Chemical Sciences, Associate Professor Valeriya Detsuk was detained. On February 28, she and several other women held a picket near the village of Osovtsy. The faces of the picketers were covered, so it is not known how Valeria was found out. The woman’s son said that she was detained by five riot police, one of them hit her in the face. After her arrest, she was interrogated for more than nine hours. Valeriya Detsuk spent five days in the temporary detention facility, all this time she hardly ate or slept. Valeria partially admitted her guilt, she was punished with a fine of 580 rubles. 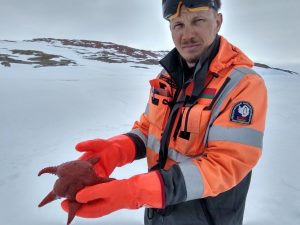 On April 13, 2021, a biologist and Antarctic researcher Dmitry Lukashanets moved to Lithuania. He said that he was unable to work under constant pressure, with the support of the security forces by the leadership of the Academy of Sciences, and left his post as deputy director of the Scientific and Practical Centre for Bioresources of the National Academy of Sciences of Belarus. In Lithuania, Dmitry got a job at the Institute of Marine Research at Klaipeda State University. Interestingly, Dmitry’s father, Doctor of Philology, Academician Alexander Lukashanets also resigned from the National Academy of Sciences. 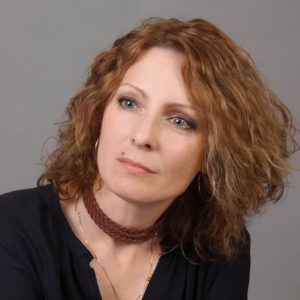 On July 4, 2021, Doctor of Biological Sciences Marina Shapurenko was dismissed from the Institute of Genetics and Cytology of the National Academy of Sciences. She has worked at the institute for over 24 years. Like many of her dismissed colleagues, Marina Shapurenko opposed violence against peaceful Belarusians and joined the Belarusian Free Trade Union.

Belarusian scientists have lived in Lukashenko’s de facto slavery for a very long time. For rather small salaries, they promoted science, made discoveries, went to conferences and seminars, and invented new varieties of plants for agriculture. Now many truly talented people have to leave science, because under Lukashenko there is no place for their minds here. What does this exactly mean? A rollback in research, a lack of new discoveries, weak scientific cooperation – which means that the economy that uses the developments of the Academy of Sciences will also suffer. Unfortunately, the dictator, concerned about his personal power, hardly thinks about the future of the Belarusian economy, science, and even more so the Belarusian people.