Correctional colony No. 1 in Novopolotsk often flashes in the news. Unfortunately, not for happy reasons. Earlier this year, two young prisoners died there. And in August, Viktor Babariko was transferred there. It is also known about at least one case of pressure on a political prisoner in the colony. On the Internet, the institution is called the most terrible place. We tell you what else happens in the northernmost correctional facility of Belarus. 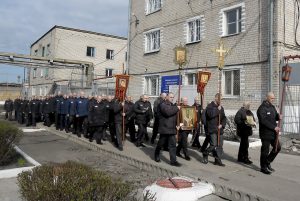 Colony No. 1 is relatively young – it appeared in 2017 instead of the former OTC No. 8 in the barracks for the builders of “Naftan” and “Polimir”. The institution is located between these two enterprises, one is an oil refinery, and the second is a chemical one. It already affects health and the environment: trees do not grow around factories, and production workers retire earlier. Prisoners are forced to stay in such conditions around the clock: due to the constant inhalation of chemicals, prisoners develop diseases of the upper respiratory tract.

Before OTC No. 8, there was colony No. 10 at this place. Back in 2006, information about torture came from here – the corresponding letter from the prisoners was published by the human rights centre “Viasna”: “People are being starved in cells for years without providing proper medical care, they are beaten for nothing, they break their hands, ribs, mutilate, bring people to suicide. Healthy people are kept together with people infected with diseases such as AIDS, tuberculosis, hepatitis. There was an impression that the administration of the colony was tasked with the physical destruction of prisoners. They are forced to work as in hard labour, without paying for labour like slaves. Anyone who expresses his dissatisfaction is punished worse than in Gestapo.” 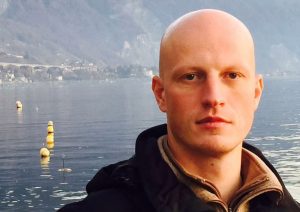 Political prisoner Igor Olinevich was serving his sentence in colony No. 10. In 2011, he was sentenced to 8 years of an enhanced regime for malicious hooliganism and intentional destruction or damage to property. Igor Olinevich told about the order in the colony: “Medicine is planned: according to the plan, you can send so many people for treatment, and that’s it. I met people with serious illnesses and injuries, disabled people who fought with the administration for the hospital. One patient with swollen legs, who had no veins left, was put in penal isolation. There was one elder who had an eyesore and became blind. Instead of sending a person for surgery, another elder had to take care of him, and diapers were bought with his pension. In 2012, there was a guy with a shard of glass in his eye – he sought surgery for more than six months. In colony No. 10, there were only standard pills for all diseases. There was no dentist there. People tore their teeth with nylon thread and pliers. One prisoner even had half of his face paralysed for a long time. Once an old man died here – they didn’t even put the corpse on the bench while they were waiting for an ambulance, left him on the floor near the entrance.” The colony disappeared in 2014, but practically nothing has changed. OTC No. 8 was a kind of prison for drunks because the rules here were no different from the laws of correctional institutions. After the liquidation of the OTC, its employers began working in the new colony No. 1. The head, Andrey Palchik, came from the open-type correctional institution No. 52. For four years of its existence, the colony has already become famous as the cruellest in Belarus. “Natural mockery of prisoners”, “they practice beatings”, “there is no repair, there is nothing”, such messages are left by former colony prisoners in social networks.

In 2019, a video appeared on the Internet, which tells about the torture of prisoners by Andrei Palchik. According to the narrator, the colony administration uses physical violence, namely “stretch marks, in which the leg muscles, ligaments and knee joints are torn”. The inspector-ensign Stanislav Barkovsky is also accused of torturing prisoners. He “pulls the convicts to pain and cry”. The video calls the name of Vitaly Malakhovsky, who tried to open his veins three times with a sharpened spoon because he was tortured. The reason was the refusal to hand over money and cigarettes to the administration of the colony.

“The administration is mad, using an open form of terror against its citizens, even if they have stumbled. But their punishment by the court is imprisonment. When the guys open themselves up, they then attribute suicide and self-mutilation to them. And why the prisoner went to this, no one is interested,” the video says. 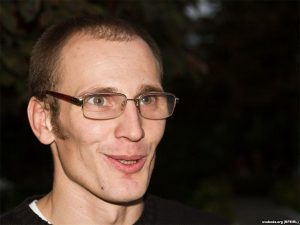 Svyatoslav Baranovich was also tortured in colony No. 1. He got sentenced to 3 years in prison for “using violence against a policeman” at the protest march in 2017. In the colony, he regularly received disciplinary penalties. Just four days after his arrival, the administration gave him a status of “a person prone to hostage-taking and hooligan manifestations.” In the pre-trial detention centre, Baranovich received a characteristic of a calm and slow person. Already in the punishment cell itself, he received three more penalties: for allegedly not shaving, sleeping during the day and not cleaning the room. After leaving the pre-trial detention centre, Svyatoslav went back again because of the “discrepancy in the inventory of personal belongings”. It should be noted that prisoners in the penal isolation unit do not go out for walks, sleep without bed linen, can not make purchases, write and receive letters and parcels. In addition, Svyatoslav told about insufficient nutrition: the portions were less than in the squad.

Svyatoslav Baranovich was given another ten days in a penal isolation cell for allegedly stealing a spoon and sharpening it. The head of the colony said to his sister that Svyatoslav allegedly “does not wash, does not shave, does not keep himself in a proper sanitary condition, and also refuses to do cleaning and comply with internal regulations.” However, the prisoner tried to appeal against these statements. “Once, when representatives of the administration came into the cell, they said that they didn’t care whether I shaved or not, cleaned the room or not. They said that they would still find something to bring me to disciplinary responsibility for,” Svyatoslav Baranovich told at the trial on regime change in 2018. While in a correctional colony in Novopolotsk, Svyatoslav stayed in a penal isolation cell for 210 days. 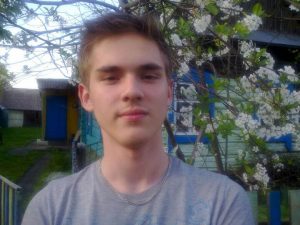 In the winter of 2021, news came from colony No. 1 about the death of two prisoners. 25-year-old Andrey Dubik, convicted in 2017 under article 328, was found hanged in a punishment cell on January 29. Before that, his family had not received any letters from him for three weeks. And even earlier, he told about the pressure from the administration, the demands to admit guilt and complained that he felt poor mentally. Andrey stayed in the colony for six months – and in six months, the guy’s parents were able to see him only twice. Moreover, on the eve of the suicide, the young man’s father called the colony and found out that everything was fine with his son, but he was in the punishment cell.

Almost a month later, on February 25, it became known about the death of Alexey Zhuk, another prisoner who was serving a sentence in colony No. 1. According to the employees of the colony, he had a cardiac arrest. However, his passing away is full of questions: why did the young man suddenly stop his heart, why did they not start providing medical assistance to him, why did they not call an ambulance immediately after the incident, why are they silent about this death? 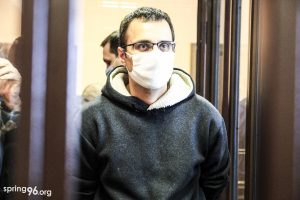 And on September 2, 2021, it turned out that another political prisoner, Yegor Evstratov, a person involved in the case of damage to the car of policeman Alexander Geits, was undergoing torture and pressure in the colony. Yegor got detained on September 29, 2020, along with four other Minsk residents. He got a sentence of three years and two months in prison. He arrived at colony No. 1 on April 21 and, after a two-week quarantine, went to a penal isolation unit. The reason is the accounting of personal belongings when entering the colony since one cigarette was missing in the inventory. “Yegor confidently told the guard: “You understand that all the cigarettes were there in place.” The guard’s answer was short but very succinct: “I have an order to find “something” from you.” Thus, Yegor got into the first, but not the last time in a penal isolation cell,” the man’s sister said.

Yegor Evstratov was allowed a short-term meeting with his relatives only once. He met the sisters with the words: “Get ready for the fact that this is our first and last meeting because they will not allow such a mistake again.” On a date, Yegor shared that he had managed to visit the penal isolation because of the failure to perform work in the industrial zone. And although Yegor suggested the administration look at the surveillance cameras, he got an answer that he would go to the isolation ward in any case.

In August, Yegor Evstratov appeared in a cell-type room for six months. In this regard, the man’s sisters did not accept the transfer for him. Andrey Palchik listed the violations for which he was placed in the camera: he did not say hello twice, refused to clean up once, fell asleep twice in the industrial zone and once held an incorrect accounting of personal belongings. In addition to the broadcasts, the prisoner was also deprived of communication with relatives. Instead of twice a month, Yegor Evstratov called his family once during his five months in the colony. He also does not write letters – the administration claims that the prisoner does not want to communicate with his family, but his friends do not receive letters from him either. As it turned out later, the correspondence does not reach.

Viktar Babaryka, the former head of Belgazprombank, also faced difficulties in the colony. He cannot enrol in the library since the working day of Viktar and of the institution is synchronous. Viktar Babaryka went to work as a stoker – because of this, he was refused a meeting with a lawyer. When the lawyer came to the colony to provide legal assistance, she was told they could not remove Viktar Babariko from work, but the meeting could take place after hours before lights out.

Currently, there are 31 political prisoners in correctional colony No. 1. Many of them seriously interfered with the regime – like the former special communications officer of the General Staff of the Armed Forces Denis Urad and the Brest blogger Alexander Kabanov. There is no doubt that pressure will be exerted on each of the prisoners convicted for the events after the 2020 elections until they admit that they are wrong and say that they love Lukashenka. How exactly this will happen is not difficult to understand from the above. And we must do everything so that the prisoners of colony No. 1 are released faster, and the colony between “Naftan” and “Polymer” ceases to exist.