We devoted our first material to the slave labour of minors – however, the state treats both students and adults in the same way. In 2018, data appeared in the “Global Slavery Index” that 103 thousand people are in servitude in Belarus. The scariest thing is that in these data, there are the fates of children and young people. Almost no one thinks about their problems. Here, we will tell how “Our House” is fighting for slave labour eradication in Belarus.

Modern slavery includes forced labour, human trafficking, exploitation, from which a person cannot refuse due to threats of violence, marriage without consent and other practices. If in 2016 44.6 thousand Belarusians felt like slaves, then in 2018, there were already 103 thousand. But in fact, there may be much more slaves in Belarus – after all, schoolchildren and students dependent on allocation are also kinds of slaves.

In 2019, “Our House” released monitoring of the detention of juvenile prisoners in places of deprivation of liberty. In it, we wrote that the refusal of child prisoners from slave labour or failure to comply with too high a standard causes a malicious violation and the assignment of the appropriate status of the violator. At the same time, it is often impossible to fulfil the norm – there is no material for work. After receiving three such penalties, the prisoner gets the status of a “malicious” violator, and this already threatens with no chance of parole, regime replacement, deprivation of parcels and visits. This status is removed only after one year from the date of the last violation and only if the prisoner has not received new penalties during this year. But this is practically unrealistic – the guys are specially imposed penalties and remain in the status of “malicious” violators. By such simple actions, the administration of the colonies keeps convicts in custody until the end of their term, receiving slave labour from them and depriving them of the opportunity for early release.

The fact that Belarus practices child slave labour is also not surprising for the UN structures. In March 2020, activists of the movement “Mothers-328” met the United Nations Children’s Fund (UNICEF) representatives. The activists stressed that the monthly salary of many juvenile prisoners is not even two rubles. No employment contracts are concluded with convicted children in prisons, and the work experience they acquire in prison will not be counted in the total work experience during their lifetime. In addition, mothers can’t insure their children in places of deprivation of liberty. If they get industrial damage, they will not get treatment, and there will be no compensation for the injury. 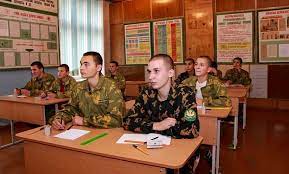 In the summer of 2021, we launched a campaign to abolish the slave labour of children in prisons. On June 12, our organization launched a petition against the exploitation of minors in specific institutions of the country. We mentioned that boys and girls imprisoned up to 18 and even up to 16 years old are forced to work in heavy and low-paid jobs. And in colony No. 22 in Ivatsevichi, some people imprisoned under Article 328 at a minor age were detained with torture. Now, these guys produce furniture that is exported for 300-600 euros. That’s just the prisoners don’t see the hundredth part of this money. More than 275 people signed our petition. If you haven’t joined it yet, then sign at this link. 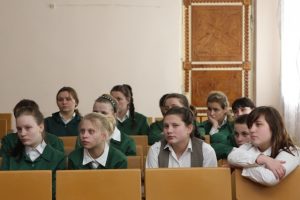 In July 2021, we talked about children in closed institutions. Girls and boys who stumbled committed a minor offence face the need to work almost for free. Students of a specific technical school in Mogilev fulfil orders for the furniture for kindergartens and schools production, thereby earning pocket money. However, no one knows how much. Dozens of children are fleeing from this institution from such a life. Young Belarusians get into the specific school for girls in Petrikov at the age of 12-13. Between classes, they get the profession of a seamstress. And they demonstrate their skills not only at professional skill contests and in classrooms but also in business. On the school’s website, there is a catalogue of products that pupils can sew. But there is no information about how much girls earn and how many hours a day they spend at work.

In August 2021, we dedicated the material to labour slavery in school and student detachments during the summer holidays. We have collected glaring facts of non-compliance with labour legislation about children. It includes work in the heat without hats, works in almost an adult volume, but with a lower salary. Children face a lack of protective equipment and accidents with children at work due to adult negligence. Schoolchildren and underage students, forced by the administration of educational institutions, work in such conditions.

The slave labour of children in prisons was discussed by Olga Karach and the chairman of the Committee on Foreign Affairs of the Czech Senate on September 22, 2021. Olga Karach spoke about the problem of children in Belarusian prisons under the well-known Article 328 of the Criminal Code of the Republic of Belarus (illegal trafficking of narcotic drugs, psychotropic substances, their precursors and analogues). She clarified that the teenagers accused under this article receive huge sentences. They get into harsh conditions of detention with torture and bullying. They are forced to be slaves of the system and work for a low salary in heavy production.

“Our House” did not neglect the attention of both university students and young professionals. Labour service for children who have just graduated from university is called allocation in Belarus. We still have this remnant of the Soviet system – those who studied at the expense of the republican budget must work for two years for the state benefit, thus paying for free education. Salaries of young specialists in the province are small not because of a lack of experience but because subsidized state organizations can’t pay more. Those who work in the village are lured by housing, but they live without amenities, furniture and comfort. In a word, true slavery.

However, the fate of being a slave of one’s state could not bypass those who studied for their own money. We raised the problem in 2013 when Lukashenka said that it was necessary to allocate all graduates of medical universities, not just state employees: “I came to university, studied at the expense of the state in a state university, even if at my own expense, you are a doctor, you came to be a doctor – go and work as a doctor. No matter how unpopular it may sound, this applies to all specialists and specialities. I ask the ministers to make an appropriate decision.”

However, the allocation for students of the paid form of education remained an exception to the rules. Although to this day, the state propaganda is very proud that even a “payer” can get a guaranteed job and get into bondage. 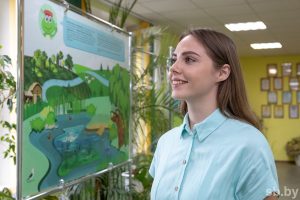 “I wanted to stay in Minsk during my junior years. I thought only in this city there are many opportunities for career growth, interesting leisure. Growing up, I realized that I could unleash your potential anywhere,” a young specialist who received a teacher’s assignment to Lida this year told the state newspaper. The median wage in the Lida district is 880 rubles (310 euros), and the average salary in pedagogy in Belarus is 775 rubles (273 euros).

In the same 2013, we told the story of a student who came to work in the village of Khoiniki district, but instead of the promised comfortable housing, he received a house with a faulty heating system. Earlier, another young specialist faced these difficulties. The farm did not repair the heating system and transferred this house to a new employee. Problems were growing like a snowball: humidity and spoiled wallpaper, mould. Where can a young employee get funds for repairs if the village salary is barely enough for the most necessary? Instead of helping a person with repairs, the company hastened to disown: they said that young employees are guilty because if they had stayed in the village for a long time, this would not have happened.

In 2014, “Our House” drew attention to the fact that allocation violates human rights. But the main thing for education officials is that the state provides the economy and society with personnel: teachers, medical workers, engineers, agronomists and journalists. It is worth noting that the allocation also violates the Constitution of Belarus, which we discussed in 2013. In Belarus, labour service is not subject to appeal, and it can be avoided only by returning the cost of training to the state (and this is more than 10 thousand dollars). At the same time, article 49 of the Constitution of Belarus states: “Specialized secondary and higher education is available to everyone by everyone’s abilities. Everyone can receive an appropriate education in state educational institutions free of charge on a competitive basis.”

By the way, about the return of tuition fees. In 2020, Yulia, a legal adviser, applied to the ICCI “Our House”. She told about the story of a young specialist who did not work until the end of the allocation five months and left the job. According to the law, he had to pay a partial tuition fee – and he got a bill, but the amount in it was for ten months of the allocation. It happened several more times with different specialists. The company director that issued the invoice was not embarrassed that the guys were from single-parent families, and it was hard for them to pay such an amount for “free” education. Although for such students, education at the expense of the budget is a real chance to get a highly paid speciality and take a step into a successful future.

The team of “Our House” devoted the last week of August 2021 to education. We talked about all the horrors of allocation: salaries slightly above the minimum or below the national average, social housing with cockroaches and slugs, slavish attitude in enterprises. Note that from professionals who are not interested in their work due to low earnings and rudeness, the institution itself also suffers losses. And if there is not one such specialist but several thousand, the whole economy suffers.

The allocation and work of prisoners in prisons are very similar to each other. Both there and there, Belarusians face humiliation, low wages, severe labour conditions. The state equally uses their work. Both duties are limited in time because prisoners and young professionals know when the end of the term will come, and they are waiting for this moment. There is practically no chance of not being a slave for either one or the other. But still, young specialists are a little luckier – they can buy their freedom. Prisoners of the colonies, alas, will not succeed.