According to the 2019 census, only 2.1 million Belarusians live in villages. And, unfortunately, the number of villagers is decreasing every year. There is almost no work in rural areas (except for low-paid vacancies for milkmaids and livestock breeders), and life is often complicated by the lack of gas heating, sewerage and hot water. “Our House” dedicates this week to the Belarusian village. 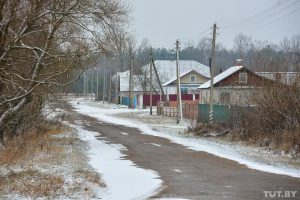 Back in 1999, there were more than three million rural residents in the country. But the authorities were already worried about the decrease in the population in the village. On this occasion, in 2003, Lukashenka instructed to develop a program that would raise the agro-industrial complex of our country to a qualitatively new level and make life outside the city more attractive. The final draft of the State Program for the Revival and Development of the settlement appeared in 2005. Among the main provisions were the renaming of large villages and settlements into agro-towns, the profitability of agriculture achievement in 18-20% and the financing of the Belarusian village. The agro-town was supposed to create industrial and social infrastructure: water pipes, gas supply systems, paved streets, shops, schools, outpatient clinics. It was also about raising salaries in agriculture. However, the outflow of population from villages continued – and by 2009, 2.4 million people remained living in the village, and settlements continued to die out by the dozens. 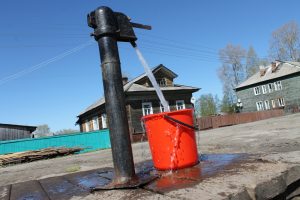 Why do people not want to stay in the village and are not led to fairy tales about fresh air and silence? First of all, due to the lack of household amenities. Of the 1,481 agro-towns, gas appeared only in 1010, and from 2019 to 2020 – only in ten. Residents of more than 300 agro-towns have to chop wood and heat stoves in an old-fashioned way. In 2019, agro-towns were provided with central water supply by only 84.2 per cent, and villages – by 64 per cent. It means that people living in other rural settlements once or twice a day, in any weather, are forced to take water into buckets in columns and carry it home, heat it and use it for cooking, hygiene procedures. The villagers have to carry out the sewerage themselves and later call a specific machine to pump it out, and this procedure is not cheap – from 40 to 100 rubles. Meanwhile, salaries in agriculture (and villagers work mainly there) often do not reach the minimum of 400 rubles.

Stories about housing construction in the outback are a popular topic in the state media. Almost every holiday, like Independence Day or the anniversary of the Great October Revolution, houses and apartments for large families and employees are put into operation in villages. Here’s just one caveat – people can buy them out after 10-20 years of work at an agricultural enterprise for a low salary that does not reach the minimum. Thus, a person is kept at work with the housing – he cannot leave because he will lose an apartment or a house, he cannot move. In 2017, officials complained: they created a decree that provides preferential lending for housing construction for seven districts of the Mogilev region at only 1% per annum (with instalments for 40 years), and only 176 families used it. These areas are the poorest in the region. There is practically no opportunity to work at a high-paying job, no infrastructure, entertainment and amenities.

We have already written that urban workers who get into the village are lured by housing. Specialists come and find themselves in unexpected conditions: mould in the house, lack of water and sewerage, lack of furniture. In 2013, we told the story of a student who came to work in the village of Khoinik district, but instead of the promised comfortable housing, he received a house with a faulty heating system. And other problems were also in it: humidity, spoiled wallpaper, mould. The company refused to help with the repair. In 2019, a young doctor Natalia Denisenya arrived in the Drogichin district by assignment. She was allocated housing in one of the houses of an agricultural enterprise in the village of Brasevichi. However, when the heating season came, it turned out that there was no gas heating in the house, and Natalia herself had to solve the issue of heating her home. The farm promised to help with firewood and peat, but they did not keep their word. And when the cold weather started, Natalia froze for a while and then heated the stove with peat, which a work colleague gave her. And the firewood was still brought to her, but they were enough for only a week. Then they decided to move another young specialist to the doctor at all, although the farm had other empty houses.

Unfulfilled promises and low salaries do not contribute to the consolidation of specialists in the village, especially young ones, who arrived there by assignment. As a result, after two years of working out, boys and girls leave for the cities, and new former students come in their place. And another reason is the boorish attitude of the villagers. In 2019, a graduate of the Belarusian Pedagogical University found herself in a village in the Gomel region, where she had to work for two years at a local school. The girl was not even provided with housing – she had to look for an apartment herself and move into a house with terrible holes in the walls. There was no hot water in the apartment, and it had to be heated in pots. In addition, the school had to take an additional load so that the salary was enough for life. But the administration took these hours away from the teacher in favour of another teacher. Colleagues did not help the girl, and the administration overwhelmed her with documentation and administrative work. The teacher’s work in the village is considered one of the most prestigious because there are no other prospects. The choice of work is in principle small: a seller, an agricultural worker, a farmer. The difference in salary in the village and the city is also significant: the average income in Minsk is 1,753 rubles, and in the Krugloe district of the Mogilev region – 834 rubles.

Many are trying to open their own business in the village to earn more. The state press is very fond of writing about this, especially since Decree No. 6, providing preferential conditions for doing business in rural areas, was adopted in Belarus in 2012. It was planned that new jobs would appear in provincial areas, small towns, and the strengthening of the economic potential of the regions would begin. Thus, the ranch bar has appeared in the agro-town of Vertelishki. The Viva Braslav festival has been held in the Braslav district for many years, and lavender fields have bloomed in the village of Rudnya-Sponitskaya in the Vetka district, just like in Provence. However, rural business is doomed to failure. Here, the residents’ incomes are lower, which means that the demand for goods and services is also falling. There is a lack of a labour force of sufficient qualifications – but many rural residents have chronic alcoholism. We add to these difficulties with logistics, a long distance to district centres and regional cities, bad roads. And the costs of setting up an enterprise are sometimes more expensive than in the city. As a result, rural business does not survive, and even active and active people eventually become disappointed and leave the village, leaving residents alone with their problems and small incomes. 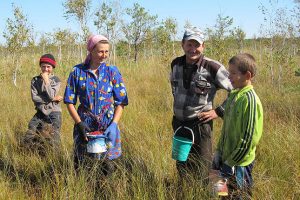 Most of the villagers, to receive more, are engaged in picking up mushrooms and berries in the summer. In 2020, it was possible to earn from 15 to 25 rubles a day on blueberries and two minimum wages for the berry season. There were also earnings of 3000 rubles. It is already a significant addition to the family budget of the villagers. There are cases when children, picking blueberries in the forest, earned new clothes and stationery for school. In some agro-towns, berries become a local brand. In the agro-town of the Dvorec of the Luninets district, only lazy people do not grow strawberries. However, spending does not always pay off: the supply is too large, which is why prices for berries are falling, and farmers don’t want to sell the crop for 0,10 rubles per kilogram and damage it. Villagers in the Olmany marshes, villagers from the Dubrovno region, earn on cranberries in the fall. For the villagers, an increase of even 300 rubles is quite substantial because the state does not provide any other way to earn money. 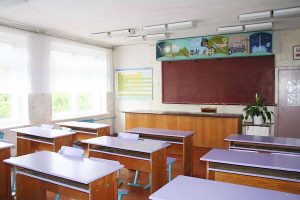 The consequence of falling incomes in the Belarusian village was the deterioration of the demographic situation. And hence the closure of schools, outpatient clinics, shops and rural clubs. Back in the 2012/2013 academic year, there were 17 secondary schools in the Gorodok district, and in 2020/2021, there were 9 of them. In Zhlobin and Krugloe districts, seven schools were closed, and in Pukhovichi and Mstislavsl – five each. We recently talked about the closure of rural schools on our website. Social and cultural facilities are also being closed. In 2020, it became known that they wanted to liquidate the library in the village of Lelikovo in the Kobrin district – but this is the only cultural object in the settlement for 400 people. In 2021, a sports town disappeared in Zhytomlya village, Grodno region, and before that, a school and a paramedic-obstetric station were closed. In Omgovichi, Slutsk district, the post office and hospital have disappeared, and the local store may close.

In 2018-2020, a three-year event dedicated to the small motherland was held in Belarus. Lukashenka adopted this decree “to stimulate the socio-economic development of the regions, the formation of an active civic position among the population, the preservation of historical, cultural and spiritual heritage.” It was assumed that the years of the small motherland would help Belarusians return to their roots, that people would restore historical and cultural monuments. However, everything went wrong, and the outflow of population from the villages did not stop. And in 2021, Finance Minister Yuri Seliverstov proposed a tax on the first apartment to “interest people not to leave the countryside and live in their housing.” But such a measure is unlikely to convince people to leave life in the city and move to the countryside. For those who bought apartments, the tax is not too large an amount to lose city conditions. 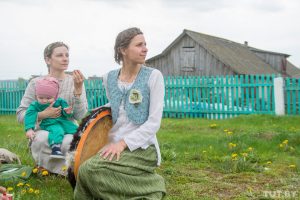 However, the Belarusian settlement still has hope. Dozens of young people in recent years have decided to go to the village and change their lives there for the better. However, there are very few such enthusiasts. But they move away from cities for cherished silence, rustic tranquillity, fresh air, unity with nature. Someone works remotely, someone opens a business here, for example, an agricultural estate, the production of clay products, cheeses. Someone turns a dead village into a tourist attraction and attracts friends and acquaintances there. Under favourable economic conditions in Belarus, such a trend could gain momentum. But in the current situation, unfortunately, it is not necessary to count on this. After all, all initiative Belarusians, who are not indifferent to the village’s fate, were forced to leave the country or are in prison.

The Lukashenka regime destroys everything it touches, and the Belarusian village is no exception. A few more years of such a policy – children’s laughter will stop on rural streets, and small schools will disappear. The last enthusiasts will leave the village. And along with them, folk traditions, unique rituals, folklore and the living Belarusian language will pass away. But we believe that the time is ahead when living in rural areas will become comfortable.