Lukashenka has repeatedly said that it is in the villages that he is most supported. They say that all the protesters mostly live in Minsk, do nothing but idle festivities, but in the villages, people work and trust the dictator elected 27 years ago. However, is this the case? Do Belarusian villagers like to work for pennies and live without water and sewerage? It turned out that after the elections in 2020, many villagers protested against the policy of the illegitimate president. 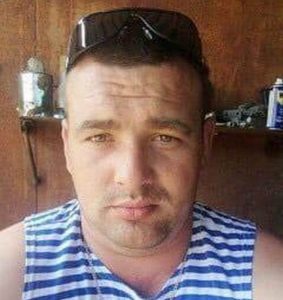 On October 19, 2020, Ivan Bogdevich, a resident of the village of Rybtsy, Pukhovichi district, father of three children, was detained. A minibus with armed riot police arrived to detain Ivan. The man got accused of participating in mass riots in Minsk in August 2020. The case file stated that he “shouted slogans and made loud handclaps, thereby committing actions aimed at a prolonged violation of the tranquillity of citizens.” Ivan did not admit his guilt and stated that every time, he accidentally appeared in crowded places. In written testimony, Ivan Bogdevich said that the security forces took him to the forest and arranged torture. Ivan got sentenced to two years in prison. 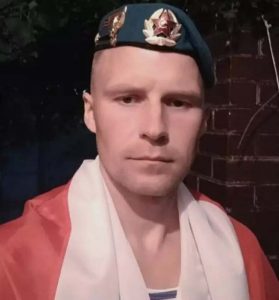 On November 15, 2020, Ruslan Okostko, a resident of the village of Zavshitsy in the Soligorsk district, decided to walk through Soligorsk with a white-red-white flag in memory of Roman Bondarenko. Before that, he was detained once for participating in the action – the riot police came to his house, beat him unconscious and took him to the police. On November 15, Ruslan got detained in the Four Elements Park in the city. Relatives thought he would be arrested for 15 days – however, Ruslan got accused of resisting a police officer. At the same time, the witnesses noted: Ruslan showed his passport to the policeman without aggression. The police asked him to get into the car, but nobody told him about the reason for the detention, and the guy refused to go. Through a lawyer, Ruslan said that in the police bus, he was beaten and put a flag in his mouth. The injuries were so grave that he was taken for a CT scan of the brain. Ruslan Okostko got sentenced to three years in prison. 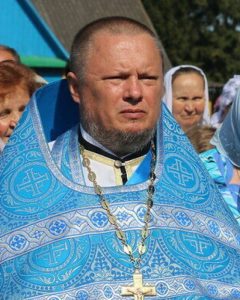 On December 1, 2020, 53-year-old Sergey Rezanovich, rector of the Church of St. Archangel Michael in the agro-town of Stepanki, Zhabinka district, was detained. His family was familiar with Nikolai Autukhovich, suspected of preparing terrorist acts in Belarus after the 2020 elections. Sergey’s wife Lyubov, who had a business in passenger transportation, and his son Pavel, who worked in the enforcement department of the Moscow district of Brest, were also detained.

On December 10, 2020, 59-year-old Galina Derbysh, a disabled person of group II, was detained in the agricultural town of Obukhovo, Grodno region. Previously, she worked as an accountant in the SEC of the agro-town of Obukhovo. She became an independent observer at the elections, and the local authorities did not like it very much. On September 20, 2020, a pensioner refuelled with 30 litres of diesel fuel at a gas station in Volkovysk, and on October 2, a policeman’s house and the car burned down in this city. Because of this, Galina got detained. After the arrest, there was a search in her house. In the police department, a woman became ill. 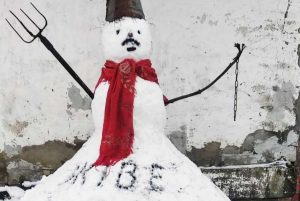 On December 24, 2020, a 51-year-old resident of the village of Markovichi, Gomel district, Sergey Katchalov, made a snowman in the yard of his house, decorated it with a red scarf, wrote “Long Live Belarus!” in the snow. The next day, the district police officer drew up a report on Sergei for an “unauthorized picket”. Sergey noted that he did not put forward political demands, run with flags and shout anything. He quoted the famous Belarusian classic Yanka Kupala with his inscription. Sergey Katchalov had a disability, but this did not prevent him from having a case. 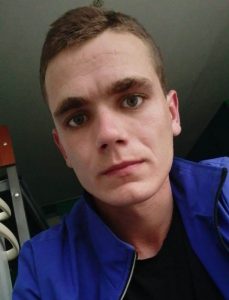 On January 14, 2021, Alexander Polivoda, a 21-year-old resident of the village of Velyamovichi, Brest region, was detained for outraging the national flag. He got accused of tearing down the national flag from the building of a local school and throwing it nearby. As part of this criminal case, the accused’s phone got arrested. He signed a subscription not to leave the country. In March, he got sentenced to 1 year of restriction of freedom with a referral to an open-type correctional institution. On May 20, 2021, Alexander began serving his sentence.

On January 17, 2021, a resident of the Polotsk district, Yevgeny Ludskich, was detained. He got accused of posting comments calling for violence against law enforcement officers and Lukashenka. Also, he got charged with insulting the illegitimate president. He wrote these comments from October 2019 to July 2020. As a result, Yevgeny got sentenced to five years of the enhanced regime in a closed trial in the Vitebsk Regional Court. He is serving his sentence in correctional colony No. 2. 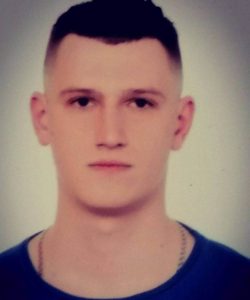 On March 24, 2021, Eduard Zhdanko, a resident of the Baranovichi district, was detained. According to the prosecution, during the protest on August 9, Eduard interfered with the activities of the Internal Troops. He took a piece of paving slabs and threw them towards the military, dispersing the protest. The tile hit one of the soldiers. Eduard Zhdanko got sentenced to 3.5 years in prison for resisting a police officer. Eduard is serving his sentence in penal colony No. 1.

On April 17, 2021, a resident of the agricultural town of Shchomyslitsa, Minsk district, was detained. Police officers found white-red-white stickers on his mailbox and windows of the house. On the house roof, there was a weather vane with the coat of arms “Chase”. An administrative report was drawn up on the man under part 1 of Article 24.23 of the Administrative Code and sent to the temporary detention centre of the Minsk police department.

On April 28, 2021, Vladislav Shinkovich, a resident of the Lida district, was sentenced to 1.5 years of restriction of freedom with a referral to an open-type correctional institution. According to the case file, in January 2021, Vladislav posted a post in the chat of one of the Telegram channels. Here, he insulted the judge of the Lida District Court, Maxim Filatov, who had previously sentenced him to administrative arrest. Vladislav Shinkovich is currently serving his sentence in a correctional institution in Mogilev. 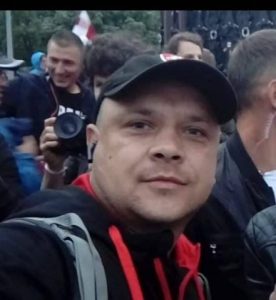 On June 3, 2021, Vladimir Sokol, a resident of the village of Novoelnya in the Dyatlovo district, was sentenced to two years in prison. A 37-year-old man got accused of publishing insulting messages to an officer of the Department of Internal Affairs in August 2020 in one of the Telegram chats with threats to use violence against him. Vladimir was taken into custody in the courtroom. In June 2021, the man went to serve his sentence in correctional colony No. 15.

On June 16, 2021, Gennady Kazyuchits, a resident of the agro-town Lapich of the Osipovichi district, was sentenced to two years of restriction of freedom in an open-type correctional institution. He got accused of insulting a police worker in a Telegram chat in November 2020, thereby causing him to experience a sense of shame and sleep disturbance. The “victim” demanded to pay him 5000 rubles (1793 euro) as moral compensation. Gennady Kazyuchits worked as a coach at a youth sports school. After being detained, he had to leave his job. Gennady posted an offensive comment after seeing a video of security forces beating people with batons.

On June 16, 2021, Sergey Miselya, a resident of the agricultural town of Zamostochye, Minsk district, was sentenced to two years in prison. At night in November 2020, he came to the territory of a local school with a white-red-white flag and a stepladder to hang it over the entrance. The man wanted to hang up the flag, but a guard ran out of the school building at the noise and ordered him to take it down. Sergey refused. A skirmish began between the men, during which, according to the investigator, Sergey Miselya began to threaten a school employee and swung at him. At the trial, Sergey confirmed that he came to the building to hang the flag. At the same time, he denied that he tried to hit the watchman. 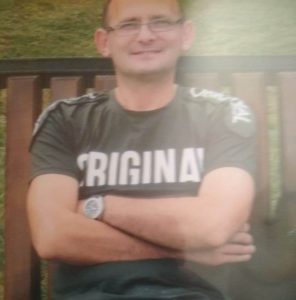 On July 17, 2021, Ivan Kurylenko, a 44-year-old resident of the Korma district, was sentenced to three years of restriction of freedom with a referral to an open-type correctional institution. He got accused of making reposts of offensive publications about police workers on the “Odnoklassniki” social network. For this, Ivan Kurylenko was found guilty under two articles: 369 of the Criminal Code (insulting the head of the government) and 188 of the Criminal Code (slander). Now Ivan Kurylenko is serving his sentence in the Kobrin district.

On August 2, 2021, 17-year-old Alexey Kravtsov was sentenced to a year of restriction of freedom. The guy tore off the red-green flag from the House of Culture in the agro-town of Zhodinsky and broke the shaft. In court, the minor explained that he tore down the flag spontaneously, on a dispute with friends without prior conspiracy. He reimbursed the amount of compensation for the broken shaft before the trial.

On September 16, 2021, a resident of the village of Ilyich Rogachev district, 40-year-old Andrey Stepankov, was detained. He got charged under articles 130 (incitement to hatred) and 369 (insulting a representative of the authorities) The Criminal Code. Now Andrey is in pre-trial detention centre-3 in Gomel.

On September 28, 2021, Alexey Maysenya, a teacher from the agricultural town of Zhemchuzhny, Baranovichi district, was detained. The teacher was detained right at school. KGB officers from Minsk arrived there. They took Alexey to the Baranovichi police department and held him there for several hours. Then, there was a search in Alexey’s house, and even his relatives were not allowed to present. The police broke the door in the flat to come in.

On November 3, 2021, Andrey Yunik, a 33-year-old locksmith from the village of Bolshoe Stiklyovo, Minsk district, was sentenced to three years of restriction of freedom. He got accused of participating in riots in Minsk in September 2020: he went out on the roadway, screamed slogans, applauded and refused to obey police officers. Andrey himself said he had shouted “Long live Belarus!” a couple of times, took some photos on his phone and went home. During the search, police found a knife and brass knuckles with Andrey.

By his actions, Lukashenka aroused hatred among the city residents and the villagers loyal to him. Belarusians from villages and agro-towns are protesting against the dictator in the same way. But villagers have even more reasons for this: hard slave work, living in houses without amenities, low income. And they need support much more. We know for sure that as soon as the illegitimate ruler leaves, the life of both villagers and townspeople will get better.