The profession of a doctor has always been considered noble, but Belarusian doctors are faced with the fact that it is also dangerous. You can die from the coronavirus because the state does not issue enough protective equipment, or you can end up on the street because of a political position. After the 2020 elections, many women doctors showed heroism, having served a day, survived interrogations, searches and torture, and left the country. We will tell you about them today in the continuation of the heading “Women heroes”. 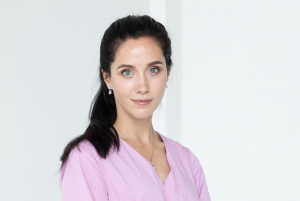 On September 3, 2020, a general practitioner at the 10th Minsk City Clinical Hospital, Daria Chekhova, left Belarus. More than 13 thousand people read her Twitter account. Daria shared truthful information about the coronavirus and repression in Belarus in it. In August 2020, Daria wrote that a girl with a ruptured cervix was brought to the hospital after a temporary isolation centre on Akrestsina street. Because of this post, Daria was called to the police. The police department told her that they found “a lot of interesting things” on her Twitter, asked why she writes about the coronavirus and working with patients, reminded her that she took the Hippocratic oath. Daria realized that she was most likely facing imprisonment, so she hurried to leave Belarus. 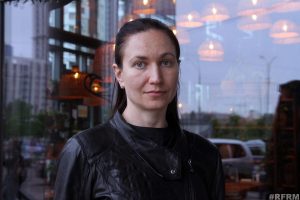 In October 2020, endoscopist Lydia Tarasenko left Belarus. Before that, Lydia worked as the director of a private medical centre in Minsk, having left state medicine in 2018. On August 10, Lydia found herself in the city centre. She and her friends were sitting in a car and waiting for the way to leave. The security forces took them right out of the car and drove to the Frunzensky police department, where the women spent all night. Then they were released without explaining the reasons for their detention. When it became clear that changes were not expected shortly, Lydia went to Kyiv and got a job as an endoscopist in a private clinic. But the doctor has not forgotten about Belarus — she takes part in conferences about Belarusian medicine and hopes to return to a democratic country where her experience will be appropriate.

On December 30, 2020, a gynaecologist from Lida, 55-year-old Irina Zdota, went on strike. On August 10, 2020, she went out into the city and saw riot police detaining peaceful protesters. Irina began filming what was happening on video, and then she felt like she was pushed. When she turned around, she saw the enforcer. “I said, ‘What are you doing? You can see that I’m standing here alone. I have grandchildren already. And you’re hitting me’. What I saw then on the streets, what I felt myself, was a shock. And on August 11, I was already standing in the women’s solidarity chain,” the doctor later recalled. On October 25, 2020, she was detained at a protest rally – she spent almost a day in custody. In November 2020, the district executive committee asked the clinic management to fire Irina. But she disagreed and went on strike at the end of 2020. 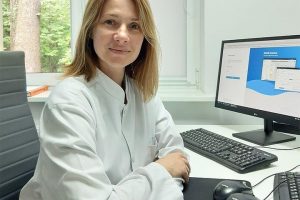 On January 23, 2021, the head of the department of the Republic Scientifical and Practical Centre of Pediatric Oncology, Hematology and Immunology, Nadezhda Petrovskaya, was detained. The chief of the facility, Natalia Konoplya, did not forbid subordinates to participate in political activity and did not dismiss if one of them was arrested. Natalia was repeatedly advised to part with active doctors and nurses. In November 2020, the Ministry of Health appointed a new head of the Centre, and Natalia was fired. Nadezhda Petrovskaya left the job of solidarity with her. She remained working at a private medical clinic near which she was detained. Nadezhda was forced to leave Belarus. 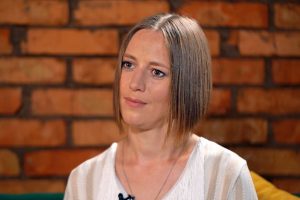 On March 27, 2021, allergist Anna Borushko was detained. When she passed by the Pushkinskaya metro station, she saw paddy wagons there. She decided to take a picture of them and then share photos on a social network. As soon as she pointed the camera at them, people in uniform immediately approached and detained her and several people who happened to be nearby. Anna was asked to show her phone, but she refused. The doctor was kept in the police for nine hours, where they demanded to sign a protocol that she was walking in a group of people with white-red-white flags. The woman refused to sign the protocol with lies. Then Anna was sent to the temporary isolation centre on Akrestsina street, where she faced aggression from the staff. They stripped her, began to search her, and next morning, a bucket with bleach was poured into the cell where she was sitting. At the trial, Anna got sentenced to 15 days of arrest. The woman’s lawyer filed an appeal, so Anna came out earlier. But when she started work, it turned out that the management took her allowances and medical practice away from her. She was summoned to a conversation with the vice-rector for ideological work. Anna gave an interview to Radio Liberty, after which she began to receive calls from unknown numbers. She was afraid that she might be arrested again and left for Kyiv. 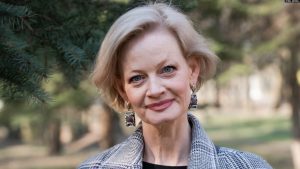 On April 7, 2021, the cardiologist of the Republican Scientific and Practical Center “Mother and Child” Elena Baranova, whose work experience was 25 years, was dismissed. Elena was a volunteer near the facility on Akrestsina during the first nights of the protests. But the contract with her was not extended because Elena expressed her attitude to the riot police on Facebook, saying that she would never forgive her son (he was detained in September 2020, and he spent several days in an isolation ward). Elena was fired from a private medical centre on the same date. The cardiologist could not get a job in Belarus – she was not even taken to a private clinic, where she was very much expected before. 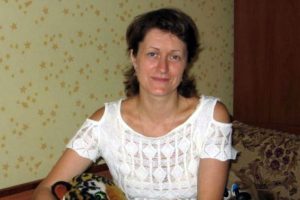 On April 16, 2021, paediatrician Yulia Rafalovich was fired from the Kobrin Central District hospital. In August 2020, she was detained during protests in the district centre when she tried to intercede for an underage girl. On the same date, Yulia’s son was detained at the rally. On August 16, 2020, a woman received her first fine for participating in a rally. On March 24, 2021, Yulia Rafalovich was detained in a city park for “distributing white-red-white ribbons and leaflets” and sentenced to 7 days of arrest. The doctor asked to postpone the sentence due to official necessity, but the judge considered no grounds for postponement were. For absence, the contract was terminated. Even the petition in her defence, signed by 513 Kobrin residents, did not help. 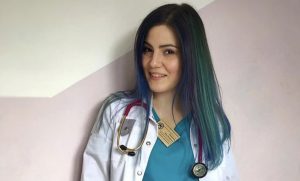 On June 11, 2021, the contract was not extended to the anesthesiologist-resuscitator of the 5th hospital of Minsk, Nika Syakhovich. During the protests, the girl expressed her civic position on Twitter, and on vacation, she took part in actions and marches. In October 2020, she posted a video of a search in the hospital’s resident’s office on the Internet, and she started having problems at work. In June 2021, after a mocking video with Grigory Azarenok in the subway, the hospital announced that they were not going to continue the contract with the anesthesiologist-resuscitator. After the release of the Gambling video, on June 25, security forces came to Nika’s house, but she did not open the door and left for Ukraine on the same date. 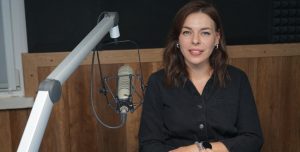 In September 2021, pharmacologist Olga Sadovskaya left for Poland. She felt unable to withstand a series of repressions and lies of the state about the coronavirus. She worked at the 6th hospital in Minsk from April 2020 to August 2021. That time, she saw that the statistics on coronavirus from the Ministry of Health significantly differ from the reality. The system could not cope with the number of people in need of oxygen, and as a result, patients did not receive the right concentration, and for some of them, breaks of even 10-20 minutes were fatal. Sometimes doctors had to decide who to give a ventilator to and who not. More than 12 people died in the hospital a day, which significantly exceeded the mortality statistics for the whole country. For difficult work, doctors were paid specially: breadcrumbs (such a gift the employees received for the Day of the medical worker). Olga talked about what was happening in the hospital and expressed her position on the situation in the country. Once, she posted a video of the beating of a BSU Lyceum student by law enforcement officers on social networks. After that, an ethical commission was convened at work. Olga got forced to admit on camera that she posted this in madness. Now Olga works in IT.

On September 13, 2021, the doctor from Mogilev Regional Children’s Hospital, Maria Lepeshkina, was detained. According to Telegram channels, Lepeshkina administered the chat “Doctors with the people. Mogilev”, which was the detention reason. Maria spent the whole night in a temporary detention centre. She was given a fine of 30 basic units in the Mogilev district court for allegedly distributing extremist materials. Maria was also suspended from medical practice. 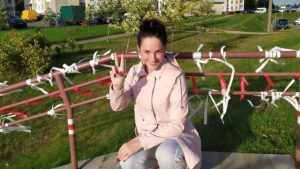 In October 2021, a doctor, forensic expert Nadezhda Gurmanchuk, who was threatened with a criminal case, left Belarus. Nadezhda protested and demanded new elections. She published photos with a white-red-white flag in her social networks, for which she came to the attention of the security forces. She deleted the pictures when the police and the KGB started calling her. In August 2020, she examined Belarusians beaten by security forces, but then the department where Nadezhda worked announced the temporary suspension of examinations on a paid basis. Under the control of the security forces, the doctors’ work was reduced to filling out an endless stream of documents and instructions. Since January 2021, forensic doctors got banned from diagnosing imported bodies on COVID-19. In 2021, after a surge in the ranks of doctors, Nadezhda wanted to be fired, but she refused and went on vacation, and when she returned, she was detained. Nadezhda spent several days in the detention centre and was fined about $ 1,000 for disobeying a police officer. In the fall of 2021, Nadezhda was forced to write an application for dismissal by agreement of the parties. Otherwise, she was threatened with criminal prosecution.

On January 5, 2022, a list of doctors who died while fighting the coronavirus appeared on social networks. It was published by the Minsk obstetrician-gynaecologist Svetlana Sorokina, who kept the list based on information in the media. The list contained 113 doctors and nurses names. They treated patients with coronavirus and failed to escape from it. And Svetlana Sorokina is one of the first doctors in Belarus who openly spoke out against election fraud and violence under the dictatorship in August 2020.

There are fewer and fewer doctors in Belarus — there are not enough unique specialists in the regions, and patients have to stand in queues for several hours waiting for medical help. But the illegitimate dictator does not stop. He intends to take revenge on everyone who ever went against him, thereby organizing a genocide of Belarusians who die without the help of doctors. Can life be of high quality in a state where the main thing is loyalty to the leader, not professionalism?