In 2016 and 2019, two young men with long sentences under the “drug article” of the Criminal Code committed suicides in Belarusian correctional facilities. Before their deaths, the prisoners managed to tell about abuses and tortures by employees of institutions.

The suicide of Yegor Protasenya

At the end of 2015, the 20-year-old resident of Soligorsk, Yegor Protasenya, was sentenced to 14 years in prison under part 3 of article 328 of the Criminal Code of Belarus for distributing narcotic drugs. He pled not guilty of the incriminated offence. He repeatedly told about tortures and bullying by police officers. Olga Karatch read his pre-suicide letter. In the letter, he tells in detail about the motives of suicide and speaks straight forwardly about tortures and harassment against him, and emphasizes he is not guilty of the crime for which he was sentenced to 14 years. 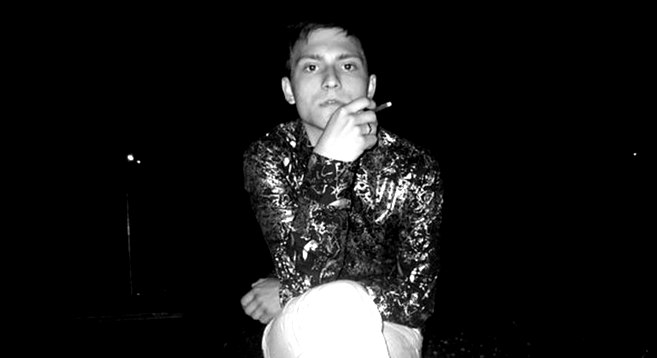 Less than a month after the sentence, the young man attempted suicide in Zhodzina prison. In a state of coma, he was placed in a local hospital, and later sent to a hospital at a Minsk detention centre.

After some time, a court reviewed the case of Protasenya. The sentence was not cancelled, but because of health reasons the man was released from responsibility.

After the trial, Yegor was sent to the Soligorsk hospital, from where his mother took him home to care about him personally. Three weeks later he passed away.

Below, the full chronicle of the events around the suicide of Yegor:

April 2015. Yegor Protasenya was detained by drug control officers in Soligorsk. During the investigation process, he wrote to his mother about his intention to commit suicide, and during personal meetings he told about intolerable tortures that the operatives from the drug control department applied to him.

January 5, 2016. Attempted suicide in solitary confinement in Zhodzina prison. Guards managed to take Yegor out of the loop. But because of the delay with medical help he fell into a coma. He was taken to the intensive care unit of the Zhodino Central Hospital.

January 12 and 20, 2016. The chief of the Zhodino prison does not allow Svetlana Protasenya, Yegor’s mother, to see her son in the hospital.

January 2016. The Investigation Committee carries out an investigation into the suicide attempt. Svetlana Protasenya is told the only person to blame for the incident is her son and nobody else. All the letters and evidence of tortures by police officers against the young man are considered “unreliable” and “not serious”.

February 2016. Yegor is taken to the hospital at the Minsk detention centre in Volodarsky Street. The Minsk Regional Court supports the verdict, but the convict is exempted from responsibility for health reasons.

March 4, 2016. Yegor is taken to the Soligorsk hospital. His health is deteriorating.

The suicide of Maksim Rudzko

In the summer of 2018, Maksim Rudzko was sentenced to 8.5 years in prison under part 3 of article 328. The convict was sent to serve his term in Correction Colony 22 (nicknamed “The Wolf Holes”). In the colony, the young man was listed as suicide-prone, which suggests that there had been some suicide attempts before the fatal suicide.

Maksim expected to be released early, but the chief of the unit decided to punish him for a bad shave. Such penalties can be an obstacle to ealy release. Prison officers often impose unreasonable penalties on prisoners in order not to release them from prison and make them serve a full term. This is quite a common practice in Belarus.

The full chronicle of the events around the suicide:

September 2018. The convict is sent to Correction Colony 22, designed for those who were caught at drug affairs for the first time. In the colony, Maksim was put on a prophylactic record as suicide-prone.

November 3-4, 2018. Part of the prisoners of the colony try to organize a protest against imposing penalties for trivial reasons (a badly-made bed, an unbuttoned button, etc.).

February-March 2019. The chief of the unit that Maksim was assigned to changes. The new chief imposes a disciplinary penalty on the young man for having shaved badly.

March 8, 2019. In the morning, as prisoners were supposed to go out for breakfast, Maksim Rudzko stayed in the unit. Later, his body was found in a closet.

On March 11, Maksim was buried.

The conclusions of experts and human rights defenders of Our House:

In both cases described above, the young people convicted under article 328 committed suicide because of unbearable conditions of detention. It is known that torture was applied against Yegor Protasenya. Operatives would put a gas mask on his head and blocked oxygen, throw darts at his back, keep a syringe with a brown liquid near his hand threatening to inject it – this is known from what he reported to his mother either in person or in letters. Supposedly, the police applied tortures to the young man in order to “squeeze” confession out of him. However, Yegor refused to plead guilty. Unable to endure the bullying, he planned a suicide. The “censorship” of the Zhodino prison No. 8 let through his correspondence, which means that the staff of the institution were aware of the prisoner’s suicidal intentions, but did not prevent the tragedy.

CC-22 became one of the colonies with intolerable conditions of detention after President Lukashenko had declared in 2014 that it was necessary to toughen the punishments for drug-related crimes. It is known from open sources that Maksim Rud’ko, who was sent to CC-22, tried to deserve early release with good behaviour. The young man wanted to correct his mistakes and start a new life. But despite his good intentions and efforts, he did not receive support and psychological assistance. Probably, the disciplinary penalty imposed on him for a trivial reason was the last straw.

Theoretically, the penitentiary legislation of the Republic of Belarus is based on the Constitution of the Republic of Belarus, on generally accepted principles and norms of international law and international treaties signed by Belarus. Belarus ratified the UN Convention against Torture and Other Cruel, Inhuman or Degrading Treatment or Punishment. However, the cases described above utterly testify that these principles do not apply to persons convicted under article 328.

Instead of the generally accepted norms of law, internal instructions are applied in correctional institutions. It is on the basis of these instructions that prisoners are put on professional records, or punished. Moreover, the leader of the state insists on the ill-treatment of the prisoners sentenced under the “drug article”, which contradicts both the Constitution and the norms of international law.

As a result, we have a vicious circle: imprisonment terms are unproportional to committed offences, there is cruel treatment by police officers, and, as a result, broken lives of young people, yesterday’s teenagers, who had every chance to correct themselves if the Law worked.