Belarus peaceful protesters and brutal crackdown in cities of Belarus 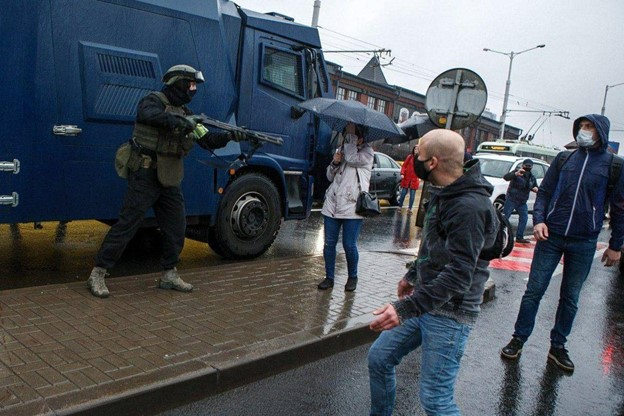 Unfortunately, we are expecting more information about injured and detained people.

Chronicle of the brutal crackdown in cities of Belarus for October 11, 2020:

Despite the high level of violence from the security forces and the massive use of special equipment to disperse the protesters, a lot of people (about 100 000 citizens) took to the streets of Minsk. People demand the release of political prisoners, the return of the law to the country and new fair elections. Despite the high level of violence from the security forces and the massive use of special equipment to disperse the protesters, a lot of people took to the streets of Minsk. People demand the release of political prisoners, the return of the law to the country and new fair elections.

After the day’s march was brutally dispersed by the security forces, people continue to go out and protest in all districts of Minsk and in other cities 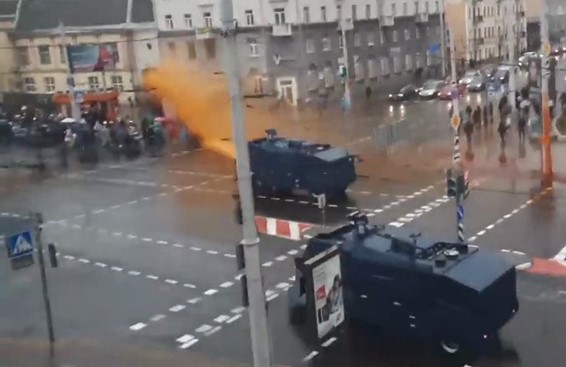 Behind the massive protests and the brutal crackdown of peaceful people:

The whole world already knows about yesterday’s performance, which was staged by Lukashenko in the KGB pre-trial detention center. Under the guise of negotiations, he gathered political prisoners and talked about something with them for 4 hours. We will not give any serious assessment to this action. Negotiations between a terrorist and hostages are impossible.

Today this story has received a logical continuation. Two of the political prisoners who were present at yesterday’s meeting were released on recognizance not to leave. Moreover, criminal cases against them have not been closed, which means that they cannot go to another country and be safe. Also, their families and friends are now in Belarus.

Interviews with these people were immediately published in the official media, in which they positively assess Lukashenko’s actions (you will see the translation below). We hope that there is no need to explain by what means such indications are knocked out. The people are under serious tortures include the threats of rapes and sexual harassment by enforcers. We all remember the video with Svetlana Tikhanovskaya, as well as many others (public figures – actors Dudinsky and Kohno and many ordinary people), in which people supposedly repent and ask for forgiveness for their civil position.

This is what PandaDoc director Dmitry Rabtsevich said in an interview with Belarus 1 after leaving the KGB jail:

“It seems to me that the IT-country has been built: there is a springboard, knowledge and skills among employees, there are good conditions, in particular, a decree and benefits, which allow developing industries in the future in the context that we have now. All conditions have been created for business. Perhaps the decree will be refined and changed. “

“The format of the conversation [with Lukashenko] was relaxed, simple. The atmosphere was – with the aim of building a dialogue on how to get out of the situation, what are the ideas about amending the constitutional order. The dialogue has taken place”.

This is what Member of the initiative group of Viktor Babariko, businessman Yuri Voskresensky after leaving the KGB jail:

“The meeting with Lukashenka was held in a raised voice, it ended constructively.

The businessman said that he was instructed to prepare proposals for amendments to the Constitution and to outline approaches to the release of a number of persons who “turned out to be not as socially dangerous for our country as they seemed at the first stage.”