The number of stray animals in Belarus is constantly increasing, even though employees of public utilities regularly arrange the capture of animals. Every year, utility services catch about 40 thousand homeless dogs and cats. But new ones immediately come in their place. We understand why this is happening and how the illegitimate government is to blame for the appearance of neglected animals in cities. 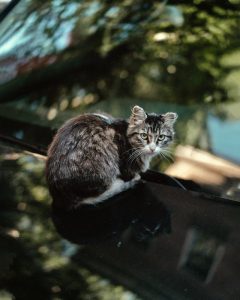 An animal can get on the street in different ways. Someone’s owner died or left, someone got sick, but they didn’t want to treat him, someone got lost, and someone gnawed the owner’s slippers or used an expensive carpet on the floor as a toilet. The human factor is most common. There is no punishment for the owner, who put a bored dog or a naughty cat on the street. While in other countries, for this, they can get a fine (10 thousand euros) or even be sentenced to prison (as in Italy).

However, even the law on the punishment of fines for a discarded dog would hardly be possible to find one of the owners. There is no mandatory chipping of pets in Belarus. People think that this is an expensive procedure and believe it will not do any good. Therefore, tokens with names and phone numbers are attached to animal collars in an old-fashioned way. Such a token is very easy to lose, as is the collar itself. Chipping an animal in Minsk costs only 10-12 rubles.

When a Belarusian gets a dog in an apartment, he is obliged to register it – the tax for its maintenance will be in the receipt. The tax on small and medium-sized dogs is 8.70 rubles, for dogs of potentially dangerous breed – up to 43.5 rubles. It is paid once every three months. Let’s calculate: in a year, a resident of an ordinary Belarusian district centre must pay from 34.8 (12 euros) to 174 rubles (62 euros) for one dog in an apartment. If there are two of them, the amount is doubled. Is it a lot or a little? For example, in the German city of Etale, the tax on dogs is only 1 euro per year, and in the Steigra community, owners of small dogs pay 10 euros per year. In the UK and 147 municipalities of the Netherlands, there is no tax on dogs at all. At the same time, the average salary in Belarus is 520 euros, in Germany – about 1800 euros, in the Netherlands – 2150 euros, and in the UK – almost 3000 euros. High taxes with low salaries force Belarusians to solve problems radically and take pets to villages. 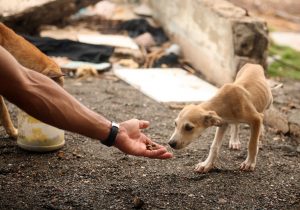 Animals in empty villages are another problem that Belarusian human rights activists are seriously concerned about. Every summer, Belarusians go to the country en masse and get dogs there for protection or cats – for catching mice. But when autumn begins, animals are not taken to the city – few of the owners especially go to the village to feed the pet, and dogs with cats, at best, wander through other people’s yards in search of food, are nailed to permanent residents. At worst, the quadrupeds abandoned by the townspeople get together in packs and start a hunt, scaring the villagers. Their numbers, alas, are growing – summer owners do not care about sterilizing animals, and as a result, dogs produce puppies.

Mass sterilization and castration of dogs and cats will reduce their numbers. Only a cat can have kittens up to five times a year, the average litter is three or four kittens, but there can be up to 10 of them. It means that one cat gives birth to up to 50 kittens a year. Dogs bring offspring twice a year – there can be from three to eight puppies in one litter. Only one dog in a year can create a wild group of 16 dogs because when puppies are not accustomed to people, they become aggressive and ready to attack those who, as they think, pose a danger to them. 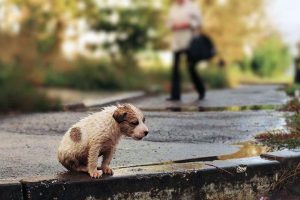 Even despite such figures, residents of large cities, holders of higher education diplomas object to sterilization, believing that a cat or dog must necessarily give birth. However, they do not think that sterilization will save not only from unwanted offspring but also from cancer, diseases of the reproductive system, mood swings. Irresponsible owners often attach the offspring, not caring about the fate of kittens or puppies, which, quite possibly, will then be thrown out into the street. Slightly less humane owners send kittens and puppies outside. And many “in the old way” drown newborn babies in the toilet, bucket or bury them alive. It turns out a paradox: peace-loving Belarusians, who last year went out to a nonviolent protest and took off their shoes, standing on the bench, are ready to take the lives of kittens and puppies just because they are not happy about their appearance.

The price of sterilization also stops our citizens. For example, in an ordinary district centre of the Mogilev region, cat sterilization will cost 45 rubles, in Minsk – from 85 rubles. Sterilization of a dog in the capital will cost from 120 to 180 rubles, depending on the weight. The regional centre promises to sterilize the animal for 55 rubles. At the same time, many in regional centres receive a wage of 400-500 rubles – not everyone wants to give a tenth of it for sterilization. And even though the situation with salaries is better in Minsk, animal owners are still looking for an opportunity to carry out the procedure as cheaply as possible or not at all. And the state does not carry out free sterilizations – only sometimes at the expense of animal rights activists and private sponsors.

After the 2020 elections, the number of homeless animals that ended up on the street after their owners were imprisoned or forced to flee abroad increased. With endless repressions, Lukashenka destroyed the lives of Belarusians and their pets. Even now, animal protection groups in Belarus have many ads on social networks – namely from owners who are forced to leave the country but cannot take the animal with them. Why can’t they? Veterinary care in Belarus is expensive for one of the lowest salary levels in Europe. Only vaccination of a dog in the capital costs from 29 to 41 rubles – and in the first year of life, a puppy must be vaccinated twice. Add to this sterilization and chipping – and it turns out quite a decent amount. You can take the animal out of Belarus only by plane or car. The airline “Belavia” allows the transportation of animals in the cargo compartment as cargo baggage or cargo – and for this, you need to purchase a cage or container, pay for a place. After such a journey, the animal can not land alive and well.

There is a problem of homeless animals in Belarus, and the illegitimate state solves it radically – destroying dogs and cats in temporary detention facilities, making their short life simply unbearable. Only a few former pets are lucky enough to be rescued, to get to volunteers, just not indifferent Belarusians or small private shelters. So they have a chance to find new families. We wholeheartedly thank all the animal defenders of Belarus who save dogs and cats in the harsh conditions of the dictatorship. And we hope that after the victory, there will be no neglected animals in our country.