Unfortunately, not all family and domestic conflicts end well. While the state is limited to the temporary arrest of despots and conversations with them, women receive severe injuries from them – up to fractures, ruptures and even death. In 2020, Belarusian police initiated 292 criminal cases on the fact of causing grievous bodily harm and homicide motivated by domestic violence. The following material is dedicated to all those who died from the tyrant in the house.

Death from domestic violence is not uncommon in Belarus. In November 2013, a resident of Gomel, a locksmith of a local enterprise, punched up his wife for three days, after which she died. The husband inflicted 105 blows on his wife: he beat her with his fists, with a metal leg from a chair, a metal part from a vacuum cleaner, tore off his ears. Neighbours and the adult daughter of the deceased said that the man had previously beaten his wife. The woman repeatedly went with bruises but did not contact the police. At the trial, the man completely denied his guilt and said that he hit his wife only once, throwing a stool at her back for not cooking him food. 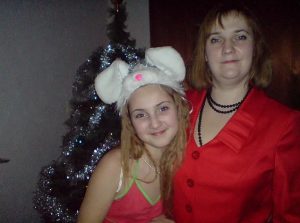 In March 2014, in Bobruisk, a man under alcohol killed his wife and 14-year-old daughter. His son, the 19-year-old student Leonid, who returned home for the weekend, found the bloody bodies of Anna and schoolgirl Alyona. Dmitry could not explain what happened. Neighbours described the family as polite and friendly people. However, they were closed people – no one was allowed into their apartment. On the eve of the tragedy, around noon, one of the neighbours heard a knock in the flat and went upstairs, but the noise abruptly stopped. Dmitry worked as a security guard in a store, his wife Anna worked as a kindergarten teacher. Leonid studied in Vitebsk. There was a Toy terrier dog in the house at the time of the tragedy – the domestic tyrant did not touch her.

On August 10, 2016, a 59-year-old entrepreneur from Fanipol, Lyubov Tkacheva, died at the hands of her husband. The husband, a 67-year-old pensioner, came to one of the outlets owned by Lyubov to give her money. The couple had a quarrel, during which the offended man attacked his ex-wife and began stabbing her with a folding knife until he vented his rage. He inflicted about 40 wounds on her – the woman died. It turned out that this was far from the first conflict of the spouses and far from the first beating. The husband constantly tortured his wife, and when she left him, he began to pursue. Lyubov appealed to the police, but only administrative responsibility awaited for the threats of an aggressive pensioner. However, the daughter of the deceased said that when the mother wrote applications for a spouse, he was not even detained – the police only preventively talked to him.

In early November 2016, a 28-year-old resident of Kobrin, a mother of three sons, left home and disappeared. The parents sounded the alarm when the daughter did not get in touch and did not take the children to the garden. The woman’s ex-husband lived in the same flat and said he did not know where his wife was. Then he said that she had sent him an SMS the day before and informed him that they were breaking up, and also asked not to look for her. But the investigation found out: the man himself strangled his wife, took her by car to the forest and buried her there. By the way, this family was considered prosperous among the neighbours. She worked in a cafe at a local school, and he went to work in Russia. Only relatives knew that her husband had scandals with her and caused beatings. He beat her badly the day she said she wanted to leave him.

In July 2017, a resident of the Zhlobin district, who had previously been repeatedly seen in domestic violence, beat his pregnant wife to death. Before that, the woman had been hospitalized twice with bruises and injuries. But she said that she fell down the stairs in her entrance and hit her face on the steps. She did not apply to the police because she did not want to bring her husband to justice. The man drank alcohol, was prosecuted for petty hooliganism. His wife did not want to leave him, saying she loved him and knew who she chose. In December 2015, the husband was convicted for beating his wife again in a quarrel and even breaking a glass bottle over her head – the aggressor got off with one fine. And here is the result – a tragedy in which a pregnant woman died at the scene.

In June 2018, 52-year-old Ivan, a resident of Lida, killed his wife Lyudmila by stabbing her with scissors. According to press materials, the conflict broke out in their apartment due to financial difficulties. The man started strangling the woman and then hit her. Lyudmila died on the spot, and Ivan, calling the police, began to cut his veins. The family was prosperous: Lyudmila worked in a boarding house for the elderly, Ivan worked at a paint factory. The couple visited the church, raised two children, did not drink. But sometime before the conflict, financial problems began in the family.

In December 2018, in the village of Chachkovo, Minsk district, a husband killed his wife with a cleaver. The woman was only 33 years old. It turned out that there was a conflict between husband and wife on the grounds of jealousy. As a result, he inflicted stab wounds on his wife, and the next day he wrote about the crime to a friend, who reported it to the police.

In October 2019, a resident of the village of Madeyki in Zelva district, after sudden aggression, decided to punish a three-year-old daughter who did not obey him. He hit the girl more than 30 times with hands, feet and the broom handle on the head, torso and limbs. This case was not the first time: from October 12 to October 18, 2019, a 25-year-old villager systematically beat his young daughters. The girls were three and four years old. After the beatings, the three-year-old baby died in the hospital two days later. At the trial, the domestic tyrant did not admit his guilt. The man got sentenced to 25 years in prison. 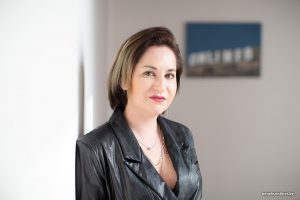 June 30, 2020, was a terrible day for Minsk resident Karina Kugel – on this day, her husband Roman threw the dog, then his daughter, from the 10th floor and then jumped out. A year later, Karina decided to tell about this tragedy. They met Roman through mutual friends. He supported Karina at the moment when her beloved dog died and gave her a Yorkshire terrier. When the couple began to live together, it turned out that the Novel was far from perfect: he devalued everything that Karina did, she felt like nobody with him, he skillfully manipulated the girl and was a subtle psychologist. Karina tried to leave, but she couldn’t. And then she got pregnant.

When Lagertha was born, Roman never left her side and reproached his wife for not knowing how to take care of the baby. Karina stopped feeling like a mother. A month before the tragedy, she decided to break up with Roma forever, despite 12 years of relationship. But Karina retained the father’s right to see the child. On that tragic day, she left the baby with her dad and went on business. Roman sent her a photo with Lagertha and the dog – and an hour later threw them out of the window and then jumped out. The man had two ppm of alcohol in his blood. The police told Karina that she could be a suspect under the article “bringing to suicide”. 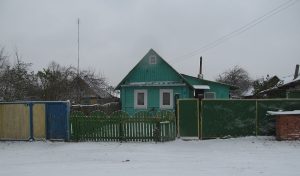 In November 2020, a tragedy occurred in the village of Kholopenichi, Krupki district. A quarrel arose between the spouses – a 46-year-old man and a 43–year-old woman. The husband beat his wife with his hands, feet and a poker. The woman was taken to the intensive care unit, but she died the next day. Conflicts in the family were not uncommon: the husband systematically beat his wife. The investigation established six facts of causing her beatings – from September 2019 to September 2020. In conversations with acquaintances, the woman did not deny that her husband beat her, but she did not apply to law enforcement agencies.

In May 2021, the working week of the residents of the five-storey building on Kurchatov street in Baranovichi began with the hum of sirens, crime and the arrival of people in uniform. Here on this day, the father of two minor children, 35-year-old Alexander, beat his wife, 34-year-old Svetlana, to death. Neighbours said: the family was non-conflict, Alexander worked as a driver. The couple did not show quarrels and swearing. But close friends told me that Alexander often beat his wife, dragged her by the hair, locked her in the bathroom and beat her there so that the children would not hear. Svetlana had almost no teeth and repeatedly appeared in the hospital after burns with boiling water, which her husband poured over her. But at the same time, she did not want to leave him.

“Sometimes we go home, and she shivers in front of the door and doesn’t want to go into the apartment. She loved the house, was housewifely. Recently, she was washing the windows, and he beat her if a rag was lying somewhere wrong. In public, she did not show that she had any problems in the family and complained only to me,” Svetlana’s close friend could not contain her emotions.

In July 2021, in Vitebsk, a 32-year-old man took a kitchen knife and stabbed his 31-year-old wife and their daughter. Then he ran away from the flat. The girl’s mother called an ambulance, but the one-month-old baby died. At the time of the act of violence, a resident of Vitebsk was drunk.

All these terrible tragedies might not have happened if the state had taken sufficient measures to punish domestic tyrants. If the police responded to calls about family scandals and the guardianship authorities did not take children from victims of domestic violence. If the criminals were isolated without telling that this is in our Slavic traditions. Just think how many women and children would have survived.