In Belarus, domestic tyrants have carte blanche from the state. The government system allows a man to stay free after beating and torturing his wife until he kills her. At the same time, for the slightest encroachment on the life of a policeman, any person (be it a man, a woman or a teenager) faces prison or “chemistry”. Today we will tell you more about the absurdity of punishments in our country.

The Code of Administrative Offences provides a fine of two to thirty basic units (maximum 870 rubles) or administrative arrest for intentional infliction of bodily injury (Article 10.1 of the Administrative Code). If a husband beats his wife, intentionally causes her pain or suffering (both physical and mental), he can receive a fine of up to ten basic units (290 rubles) or administrative arrest. At the same time, anyone can expect up to 6 years for violence against a police officer (Article 364 of the Criminal Code). Currently, 115 political prisoners are in prison under this article. 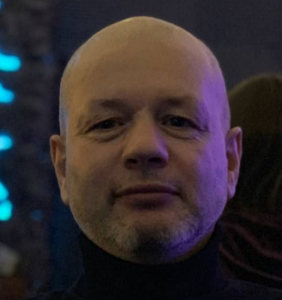 Businessman Vadim Khizhnyakov from Grodno got detained on September 27, 2020. A 52-year-old man got accused of throwing an unidentified object at a riot police employee. It happened on a protest at the public transport stop in the regional centre. At the trial, Vadim pleaded not guilty. He got sentenced to 2.5 years in prison – now Vadim is in colony No. 1. 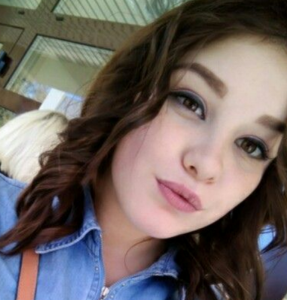 Anastasia Yaroshevich, a 19-year-old resident of Lida, was detained on April 15, 2021. On September 27, 2020, she participated in a protest action in the district centre and tried to recapture one of the residents from police officers. Anastasia tore off the shoulder strap of one of the security forces and then hit him on the head. At the second security officer, the girl only tore off the shoulder strap. In mid-April, Anastasia got sentenced to two years in prison. She is serving her sentence in PC No. 4. 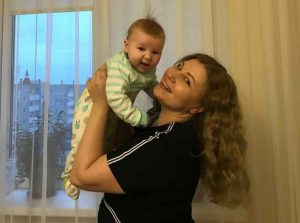 On August 6, 2021, a young mother, Tatiana Zverko, from Lida, got detained. Previously, Tatiana worked in the Lida district Executive Committee as a senior inspector in the documentation support department. After the August 2020 events, Tatiana insulted a friend in a conversation – the deputy head of the Lida police department Denis Zhinko. She got also charged with insulting Lukashenka and taken into custody in the courtroom. At the time of detention, her youngest son was one year and eight months old. Tatiana got sentenced to 1.5 years in prison.

Igor Petran from Baranovichi got convicted for a comment on the Odnoklassniki social network. He got charged with two articles at once: 364 of the Criminal Code (threat of violence to a law enforcement officer) and 369 of the Criminal Code (insulting a representative of the authorities). Before the trial, Igor was at large. On September 22, 2021, in the court session, he was taken into custody. Igor Petran got sentenced to two years of imprisonment in a general regime colony.

For minor hooliganism in the sphere of family and household relations (Article 19.1 of the Administrative Code), a fine of up to 870 rubles or administrative arrest is imposed. The protesters got severe punishments under Article 339 of the Criminal Code (hooliganism) – the terms under it reached three years in prison. 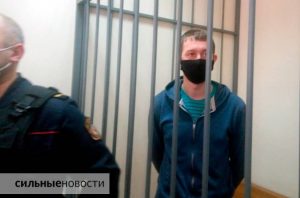 Gomel resident Evgeny Zelkovsky twice installed white-red-white flags with an empty firecracker and a caricature of riot police in the deserted places of Gomel. For this, he got detained on November 17, 2020. At the trial, he pleaded not guilty to particularly malicious hooliganism. He said that police officers and riot police injured some of his friends. Thus, Yevgeny wanted to distract the attention of the police from the regular detentions of people. At the trial, the man told about the torture in the police. The court sentenced a 32-year-old man to 3.5 years in prison.

And now, let’s remember the administrative penalties for protesters in 2020 and 2021. In December 2020, Sergey, a resident of Minsk, changed the white-red-white flag hanging on his window to the flag of Canada. At the beginning of the year, he was detained for 15 days and sent to a pre-trial detention centre. The official reason is insubordination to the law enforcement officer: allegedly, when the man appeared in the department, he began to resist, refused to get out of the security forces’ car and grabbed them by the uniform.

On March 25, 2021, Minsk resident Natalia Sivtsova-Sedushkina received a fine of 2320 rubles for white and red socks. The girl was going to a driving course when four security officers in balaclavas approached her. The police paid attention to Natalia’s clothes, especially to white socks with a red stripe. Law enforcement officers clarified that the reason for the detention was socks of the “wrong colour”. Earlier, the police came to the girl about the white and red ribbons on the balcony of her apartment.
A little less lucky was 27-year-old Kristina Malashevich, who was wearing the same socks. She was detained on the same day near the cinema “October” in the capital. In the protocol, the police recorded that she was picketing in white-red-white socks. The court sent Kristina to prison for 15 days. And 21-year-old Denis Stashevsky, detained near the BNTU, went under arrest for 30 days for white socks with a red stripe.

On March 25, 2021, 54-year-old Svetlana Chernyavskaya was sentenced to 12 days for a sticker on someone else’s automobile. The woman was riding with a friend when the traffic police stopped the car and detained the driver and passengers. There, the officers drew up a protocol for Svetlana. According to the police, she picketed “by placing a sticker with the coat of arms “Chase” on the car trunk.” The woman also stated that she did not know about any stickers.

On April 28, 2021, 40-year-old Sergey Muzikin got detained in Minsk. He pasted stickers in the form of clouds, tulips and daisies on the window of his apartment. The police considered that Sergey took part in illegal picketing and drew up a report on him for violating the procedure for organizing or holding mass events (Article 24.23 of the Administrative Code). The judge found the man guilty of unauthorized picketing and sentenced him to 13 days of administrative arrest.

People can get four years in prison for threatening policemen (Article 364 of the Criminal Code). A resident of Pinsk got sentenced to this term in November 2020. According to the charge, on August 12, 2020, he, being drunk, violated the order near one of the administrative buildings of Pinsk. When they tried to detain him, he threatened the security forces with a knife. The man later explained his behaviour by intoxication and said that he did not remember anything. After remorse for what he had done, he heard a sentence of four years in prison.

Can a domestic tyrant be imprisoned for eight years for intentionally causing grievous bodily harm? Probably no – but on July 19, 2021, Lukashenka opponents got this term for correspondence in Telegram chats. On July 19, 2021, Rostislav Stefanovich and Sergei Plonis, members of the expanded Coordinating Council, were sentenced to eight years in prison. They got accused of participating in radical Telegram chats and intending to spoil three “Snuffboxes”. The defendants pleaded not guilty and said that the whole case was based on assumptions. 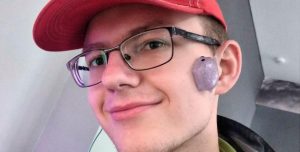 For torture and correspondence in yard chats, you can also get the same term. For example, on November 3, 2021, a postman from Minsk, Vadim Tsagelnik, was sentenced to three years in a penal colony. According to the case file, he “left messages of a motivational nature in Telegram channels, wrote about workers’ strikes.”

It is possible to get equal terms for membership in an opposition organization and rape. On May 25, 2021, Pavel Severinets, Yevgeny Afnagel and Andrei Voynich got sentenced to 7 years in a high-security colony. At the same time, it is not known in which crime the court charges the political prisoners. But the Investigative Committee claims that Afnagel and Voynich called for protests and participated in the de-anonymization of the security forces. The political prisoners were found guilty of preparing to participate in mass riots, accompanied by violence, pogroms and armed resistance to government officials. All three prisoners got severely detained. In the apartment where Andrei Voynich was, security forces with masks and weapons burst through the window and door. The police also broke down the door to Yevgeny Afnagel’s apartment. Pavel Severinets spent more than 11 months behind bars before the trial. The politician got detained on June 7 after a permitted election picket near the Komarovsky market in Minsk. For 75 days, he was held in the vicinity in unbearable conditions – in protest, he cut his hand. 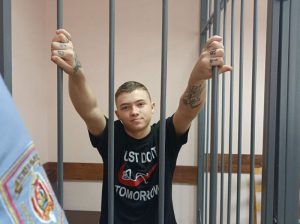 The sentence for illegal imprisonment in Belarus is up to five years. Now 17-year-old Mikita Zalatarou, who got help from “Our House”, was sentenced to the same term. Nikita and two other people got accused of using violence against the security forces – throwing “Molotov cocktails” into police cars. Mikita refused to testify, using his right not to testify against himself. The guy has epilepsy, and his father told that police officers beat Mikita in the police and jail. At the trial, the teenager stated that he didn’t get life-saving medicines. The guard said that Mikita would die in prison because he was “political.”

Andrei Ostretsov, a 44-year-old resident of Lida, was also sentenced to five years in a penal colony. In August-September 2020, from his mobile phone, he wrote offensive comments in one of the Telegram channel chats about Lukashenka, the Prosecutor General, the Deputy Minister of Internal Affairs and the chairmen of the Voronovsky and Lida district executive committees. Andrey Ostretsov got detained on September 7, 2021. He will serve his sentence in correctional colony No. 2.

The state cares only for the physical and mental state of officials and security forces. Ordinary people don’t interest the illegitimate government. Otherwise, how else can we explain the disproportionality of punishments for domestic violence and protests? We can only believe that in Belarus without Lukashenka, all citizens will be equal, everyone will be equally encouraged and equally punished for crimes.