We have already talked about animal rights activists who end up in prisons. However, veterinarians who can save animals and return legs to paralyzed ones also get behind bars. Grigory Chegodaev, a specialist in traumatology and orthopaedics, is a political prisoner. He carried out hundreds of operations and saved the lives of downed, maimed, wounded animals from weapons, equally accepting the owners and the homeless. Today we will tell you about this unique specialist and why the illegitimate state deprived him of freedom. 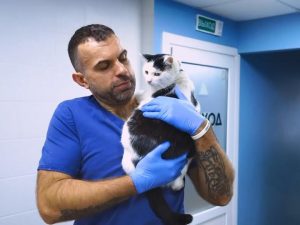 Grigory’s father worked as a zoologist, his mother was a doctor, and as a child, he dreamed of becoming a pilot. But the family always had animals in the house: snakes, lizards, crocodiles. Grigory got used to their company from childhood and decided to enter the veterinary academy after school. He was interested in the diseases of small animals and wanted to open his clinic. After graduating from the academy, he went to a veterinary clinic in Minsk on Gursky, then to a vet station on Minin there. There was a large flow of patients, many injuries and few specialists. Grigory often worked alone for the whole city. And although it was hard, he remembered this time as an invaluable experience.

Then Grigory worked in the veterinary clinic of the equestrian sports centre in Ratomka. Here he had the opportunity to work on modern equipment. Grigory said that he enjoyed this work. However, then I decided to develop further and still open my clinic. This year the centre of veterinary Traumatology and orthopaedics turned eight years old.

The centre’s patients are wild and domestic animals with injuries and genetic abnormalities. Grigory was one of the first in Belarus to perform surgery for a rupture of the anterior cruciate ligaments and triple osteotomy of the pelvic bones for dysplasia. Previously, animals with such problems got threatened by arthritis and arthrosis, but now there is an opportunity to save them. The centre also conducts MRI and CT scans for animals, arthroscopy. Three years ago, such procedures were possible only abroad. The owners took the pets to Moscow or Vilnius. Now it has become easier to diagnose diseases.

Grigory put on the paws of a circus tiger cub with a broken shin and a roe deer, which the harvester injured his leg. Both animals feel fine. There are also hundreds of homeless animals among his patients, whose care is taken by volunteers. The desire to help homeless patients is not surprising – a cat named Alexey lives in the clinic. He stayed here after long-term treatment and surgery.

Grigory Chegodaev has repeatedly appeared in the reports on state television and newspapers. The Belarus 24 channel invited a veterinarian to a TV show. The Grodno+ channel filmed a story about a complex operation with his participation. In 2014, CTV wrote about the doctor: “None of these stories is complete without the participation of Dr Aibolit, who always knows how to help animals.” And the magazine “Alesya”, owned by the publishing house “Zvyazda” (also state), published an interview with a veterinarian in December 2020. 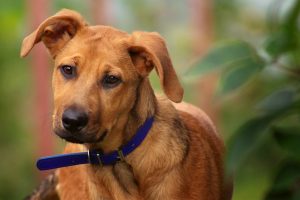 Volunteers picked up the dog Diana as a 5-month-old puppy. Already on overexposure, the baby began to limp on her hind leg. During an examination at the centre for Veterinary Traumatology and Orthopedics, it turned out that Diana has hip dysplasia, and she risks remaining lame for life. The four-legged patient was taken to operate in the clinic of Grigory Chegodaev. She underwent a complicated procedure – resection of the femoral head. The operation was successful, and after that, Diana learned to step on her paw for several weeks and eventually began to run and jump like a healthy puppy. And a year later, just before the New Year holidays, a miracle happened in the dog’s life – she was taken to a new home. 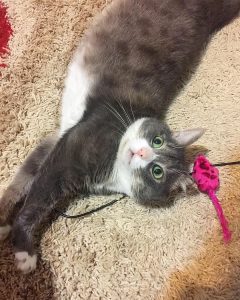 The cat named Venya got to the volunteers in a terrible state. He crawled on his hind legs for two weeks, mewing desperately, begging for help. Venya’s front paws were broken in several places and worn to the bone. There was an abnormal open injury on his head, abrasions all over his body. For two months, the volunteers waited for the wounds on their paws to heal before starting operations. And there were as many as seventeen of them. He had to put titanium plates on his front feet. This procedure was performed at the centre for veterinary traumatology and orthopaedics. And Venya was able to walk on all four paws. A slightly ragged ear and the need to be periodically monitored by a traumatologist remind of the former life. 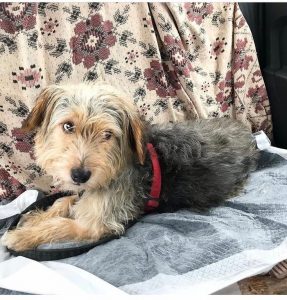 Baby dog Savely was hit by a car. Perhaps the driver didn’t even notice how the little body flew into the ditch. No one knows how much time Sava spent on the sidelines. He was found by volunteers of a small district town and taken for an X-ray. Savely had a compression fracture of the vertebra, a fracture of the elbow and a rupture of the cruciate ligament of the hind paw. However, the specialists at the district centre could not help Savely, and they risked taking him to Minsk. The dog underwent a complicated spinal surgery and elbow operation. Sava spent about three weeks in the clinic due to severe pain. After two months of treatment, the dog, whose hind legs did not work, wagged his tail, stood on them and took the first timid steps. Then he learned to go to the toilet because it was also impossible due to injuries. Almost a year of daily work and rehabilitation. Now Sava is completely healthy. 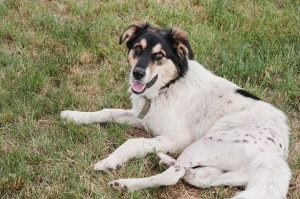 The dog Misha was found in one of the villages where he lived with an alcoholic owner. The villager did not keep track of where his pet was. The puppy walked freely through the streets, fields and forests until a tractor hit him. Misha received a complex fracture and a head injury. He suffered from pain for several days until a girl who came to the village on business became interested in him. The dog was taken to Minsk. In the centre, specialists found an overexposure and performed a severe operation on the hind leg. A long recovery followed. But thanks to timely intervention, Misha began to walk and then run and jump. Of course, not everything went smoothly on the path of rehabilitation: a festering seam, restricted movement. But the specialists of the Center for veterinary Traumatology and orthopaedics were always there and assisted. 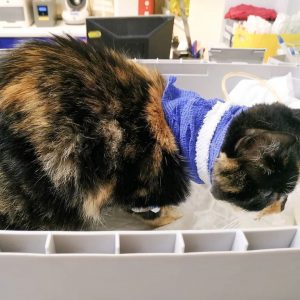 The cat Luna became a victim of the car. She was found on the road with bleeding from the mouth and immediately taken to the veterinarians. On examination, a lot of injuries were found: haemorrhage in the retina of both eyes, trauma to the right eye, symphyseal fractures of the upper and lower jaw, traumatic cleft of the hard palate, fracture of the frontal bone and fractures of the facial part of the skull. The severe condition of the Luna did not even allow to predict whether it would live. But Luna survived thanks to the centre for veterinary traumatology and orthopaedics specialists. Her eyelids were sutured, a stoma was placed for nutrition, jaw fractures were stabilized, and cleft palates were sutured. Luna spent several months in the hospital under the supervision of doctors before going home to her new mistress.

Why did Grigory Chegodaev become a political prisoner?

On the evening of August 10, 2020, Grigory Chegodaev met with friends to celebrate the wedding of one of them. They drove around the city in his car for a long time and looked for a place to celebrate, but there were security forces, traffic jams, no establishments were working. Grigory Chegodaev, in violation of traffic rules, left the parking lot near the shopping centre “Castle”, where he went to the grocery store. He also removed the license plate in the parking lot because he damaged the license plate frame and did not want to lose the number. Because of what was happening in the city centre, Grigory was on edge, and he spontaneously felt a need to throw an egg into the car of traffic police officers. Driving past the standing traffic police cars, he opened the window a crack and threw a chicken egg on the hood. He did not see that the traffic police officers were chasing him. But half an hour later, he heard shots, stopped and lowered the windows. Police beat him and his friends with batons – one of them had an injury. During the search, paint, glasses, a portable charger, wakeboarding helmets and a white-red-white flag, which had not been in the car before, were found.

In court, Grigory apologized to the traffic police. He did not deny that he could have caused damage and moral harm by his actions but explained that he did not want violence. Spontaneous throwing an egg was a non-violent method of expressing his emotions. The injured traffic police officers demanded compensation from the veterinarian for moral damage. However, they could not explain how they were suffering because the egg throw did not threaten their life and health. There was no property damage, only morality in the form of sediment from disrespectful attitude to police officers. One of the inspectors clarified that he was offended and scared for his life until he saw what object was flying towards the traffic police. The animal volunteers of the country have drawn up a petition with a request to appoint the mildest punishment for Gregory. On October 4, 2021, Grigory Chegodaev was found guilty of committing a crime under Article 364 of the Criminal Code and sentenced to two years of restriction of liberty without referral to a correctional institution.

Now Grigory Chegodaev continues to work in the clinic and operate on animals. However, there are changes and prohibitions in his life. We don’t mention the close attention from the security forces and threats to any business. We express solidarity with a unique veterinarian and are proud that Belarusian animals are in safe hands. Grigory Chegodaev must remain free and help four-legged patients.