In the medical and labour dispensary, alcohol and drug addicts are relieved of harmful habits. But this is only on paper: in fact, the dispensaries are a place for bullying, humiliation, human rights violations and slave labour. In July 2021, we published fragments of letters from a prisoner who got into a dispensary. And after them, you can confidently say: this is one of the forms of torture of people who are not needed by the state. Or they are needed, but only as cheap labour.

People who got into the dispensaries are obliged to work. Otherwise, they will be punished — 10 days of isolation or an increase in the length of stay in the dispensary. Such a rule violates the Constitution of Belarus, article 14 of which says: work is a right, not an obligation. Prisoners can earn up to 400-500 rubles. But the state can take part of this money as alimony or a fine. However, 400-500 rubles is the earnings of the privileged. The rest is offered to work either for a nominal fee or without money. The cost of food, clothing and shoes, utilities for the entire staying in the dispensary is deducted from wages and the help of relatives.

Andrei Ryabov was placed in medical and labour dispensaries three times. From 2012 to 2014, he was on a «cure» in Svetlogorsk dispensary No.1. A resident of Bobruisk told about this institution that it is possible to earn money here only in the summer, on departure to agricultural enterprises. Andrey went to clean the copper wire. The money he was paid was only enough for two packs of cigarettes. When he demanded to create normal working conditions and issue overalls, this did not happen, and he refused to go to work. For this, he was given several penalties, and then, by a court decision, the detention term got extended for another six months.

From 2014 to 2015, anarchist Dmitry Polienko was in the Svetlogorsk dispensary. Here he was engaged in unskilled work: he stripped the insulation from the wire while earning 250 non-denominated rubles a month (2.5 kopecks). Sometimes it turned out to get 5 thousand rubles (0.3 dollars at the rate of 2014). In woodworking, $2 came out. They charged him, of course, more, but after deducting money for food and maintenance, this was the amount that remained. The prisoner did not have enough food, as it was disgusting. A car shop came to the territory of the dispensary, and Dmitry could shop there. The money was transferred to him by relatives.

In 2016, news came from Mogilev that people were starving in the local dispensary. It happened because prisoners had to pay for their food and accommodation. When the amount of work decreased, there was nothing to pay for food. Those who received transmissions from relatives and friends were even more or less able to support themselves.

In 2017, Sergey Tsyrkunovich, a resident of Smorgon, was in the dispensary. He spent about eight months in the dispensary, and when he came out, he found the strength to tell the truth about this place. He sent a complaint to the UN Human Rights Committee and accused Belarus of allegedly violating three articles of the International Covenant on Civil and Political Rights when placing it in the dispensary. These are article 7 of the Covenant (no one should be subjected to torture or cruel, inhuman or degrading treatment or punishment), article 8 (no one should be held in servitude and forced to forced or compulsory labour), article 9 (everyone has the right to freedom and personal integrity). After leaving the dispensary, Sergey said that this was not treatment but the use of alcoholism patients as free labour. He did not receive any treatment. Isolated citizens worked in production during the working day, and the money earned was not always enough for food and household needs. They were strictly forbidden to drink alcohol, and for violating the rules (and not only that), they were punished with isolation in a specific cell.

In 2018, the court sent Yaroslav Gabrinets from Minsk to a medical and labour dispensary. The court ordered Yaroslav to stay there for a year. In court, Yaroslav objected to sending him to the dispensary and explained that he could be treated for alcoholism on his own and find a job shortly. But they didn’t believe him. Yaroslav tried to appeal the decision, but then, the police forcibly took him away from home to the dispensary. He was forced to work for a whole year. He was searched, and physical force was used against him. All these measures are regulated by law. 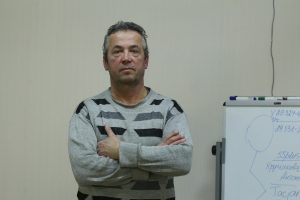 Homel resident Oleg Maksimov left the dispensary in 2019. Before getting there, he was a pensioner, as he worked in harmful production. But this did not prevent him from being placed in the dispensary. Oleg Maksimov called the dispensary a concentration camp: «I spent one concentration camp in Svetlogorsk for four months, there was general fear, I fed lice. Then I was transferred to Minsk. It was easier here, but I was deprived of my freedom, and of course, this is a prison. God forbid you to start bullying here, then that’s it. The most serious violation is when you don’t work: they immediately put you in a punishment cell or a new disciplinary room. You sit there, and they give you, in addition to your year, another six months of «rehabilitation». It turns out one and a half, but for what?»

In September 2019, a prisoner came out of the dispensary and shared his story. The man said that he had been drinking alcohol since school. As a result, he got into the Svetlogorsk dispensary. «The attitude towards people there is much worse than in prison. A person is killed morally, and they make nothing out of him. They said to go — you go, they said to stand — you stand. They shouted «on your knees!» — you have to fall to your knees. If I don’t fall to my knees, it means that they can punish me», Sergei said. He worked at a sawmill but received only two dollars a month. The practice when businessmen «ordered» prisoners from the dispensary for about $ 250 was quite familiar. Such «treatment» ended with the fact that after his release from the dispensary, Sergei returned to alcohol. 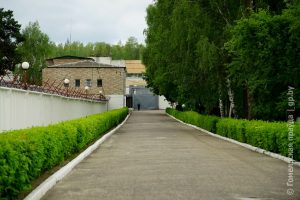 As you can already guess, the Svetlogorsk dispensary is one of the toughest in the country. People who have been there said that it is a prison. No one deals with addiction treatment there, and people are simply isolated from society and forced to work hard. Their work is used by agricultural enterprises, state organizations, private enterprises and individual entrepreneurs. They can «buy» these workers for about 500 rubles a month. The living conditions also left much to be desired. There were only six outlets for 120 people in the living quarters, and the shower was relied on only once a week. There were no doctors. For the slightest violation, prisoners are placed in isolation. Violations are different: not very well shaven, did not have time to get in line in time, refused to work or duty did not go to the dining room. For violations at work outside the dispensary, the prisoner was transferred to domestic production, to the lowest-skilled work like cleaning wires from insulation and knocking down wooden boxes.

Women also find themselves in Belarusian dispensaries. After leaving the dispensary, Taisiya Kozubovskaya shared that she had not had a day off for six months. She said that this was usual practice. The prisoners worked for more than eight hours, but it was not paid. There were no work allowances and bonuses. The prisoners worked on construction sites where accidents happened. However, no one cared about that. No one gave the prisoners of the dispensary helmets. No one was transferred to another job. 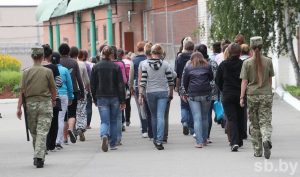 The rise in the women’s dispensary at 5.30 am. Then construction, breakfast and departure to work – women work as milkmaids, auxiliary workers in agriculture and forestry. There is a sewing workshop, a bakery and a small woodworking site where prisoners can work. Prisoners bake bread for pre-trial and pre-trial prisons, sort potatoes, work in an economic detachment. There is a possibility of long and short—term dates, but a nuance — they are not free. The duration of a long date is up to three days. The cost is 5.20 rubles. If we assume that a woman, like men in men’s dispensaries, earns $ 2 a month, she has nothing to pay for a date with, and she will not be able to see her loved ones.

There are currently eight medical and labour dispensaries operating in the country. It means that hundreds of people are bullied and serve as cheap labour. Political prisoners also get into the dispensary — at least one such case is known. The state seeks to lock up as many people as possible in the walls of dispensaries because they will close vacancies in low-paid production. We believe that such a form of imprisonment and torture as dispensary will cease to exist in Belarus without Lukashenka.